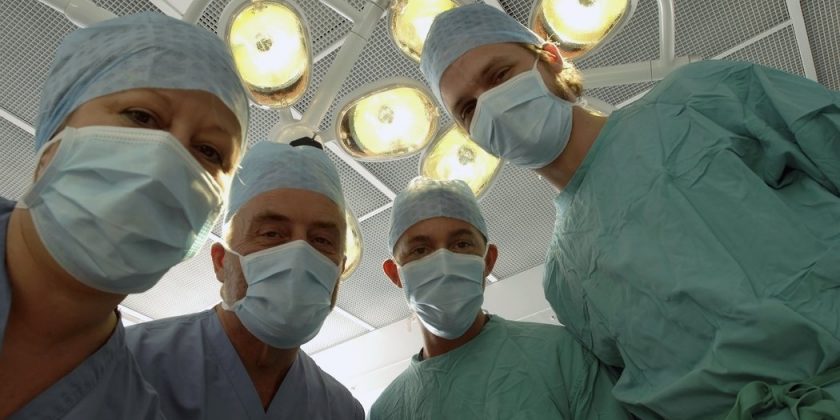 The doctor ordered a “push” on my sedative, and I succumbed to the sweet blackness.

But then something went wrong, and I was awake too soon, flailing and crying, the medical team scrambling to maneuver the tube that had been placed down my throat in what should have been a straightforward gastroscopy.

I put up a violent struggle on the table: gagging and choking, trying to scream, fighting to pull the medical device out of my esophagus.

“Hold her arms!” I heard someone yell. I felt hot tears, and pure terror … and then more blackness.

This was the third time I had woken up under the twilight anesthesia known as “conscious sedation.”

“You’ll be awake, but you won’t remember” is something thousands of patients are told every day, because the sedatives that doctors use to prepare us for these kinds of procedures come with a convenient side effect: amnesia.

I had been given midazolam, a benzodiazepine known for its superior amnestic effects. I should have forgotten. But I didn’t. Instead, the fight-or-flight panic that had ensued was seared into my memory.

A terrifying sense of doom enveloped me in the following days, as I kept reliving a routine medical test that my brain had registered, not unreasonably, as a physical assault.

My previous two awakenings under conscious sedation had not filled me with the same terror as this one. They had not even struck me as unusual, since I’d been told I would not be entirely asleep.

In the first, I awoke during a finger tendon repair to the sound of a metal rod being hammered into my joint. I don’t think I spoke or even opened my eyes. I felt no pain, or even fear. I simply felt a curious fascination with what was happening around me.

My second awakening was during a bizarre pacemaker placement, when I opened my eyes to discover that my face had been covered with what I imagined was a blue hospital gown. There was a bright light shining through the fabric, and though I felt no pain, I was frightened by a strange fluttering in my chest as the device was being tested. I started to sob uncontrollably, my chest heaving, tears running down the sides of my face and into my ears. “Do you feel any pain?” the surgeon kept asking, and I told him no. “I’m just very emotional,” I remember saying. But the fear soon abated.

It was only the third awakening that left me haunted by flashbacks and nightmares. What had gone wrong?

I soon learned that I am part of only a tiny percentage of people who remember unsettling experiences under conscious sedation. Only three out of every 10,000 people report “undesired awareness” from nongeneral anesthesia, a number only slightly higher than the two out of every 10,000 patients who report this under general anesthesia, according to a study led by Dr. George Mashour, a neuroanesthesiologist at the University of Michigan and one of the world’s experts on anesthesia awareness. While some patients expect, or even want, to be awake during certain procedures, especially colonoscopies, “I don’t think any clinician would want somebody to be terrified or in pain,” Dr. Mashour said.

His research, using the American Society of Anesthesiologists’ Anesthesia Awareness Registry, a voluntary registry of patients with memories under conscious sedation or general anesthesia, showed that 78 percent of those reporting awareness under conscious sedation felt distress, and 40 percent had long-term psychological sequelae, including post-traumatic stress disorder.

There has been extensive research and debate on how to prevent these awakenings, known as “anesthesia awareness,” under general anesthesia. But far less is known about their impact on people undergoing conscious sedation, which is growing in popularity and estimated to account for half of all anesthesia administrations in the United States within 10 years.

Often requiring no anesthesiologist, no operating room and not even a hospital setting, conscious sedation is now being used increasingly for dental work, plastic surgery, heart rhythm corrections, electroconvulsive therapy, and many more procedures performed by a growing range of practitioners, including certified anesthesiologist assistants and nurse anesthetists.

Part of the problem is that there is no firm definition of conscious sedation, which involves a cocktail of pain control, anxiety control and amnesia in amounts that can vary between patients, procedures and practitioners, says Dr. Andrew Davidson, head of anesthesia research at the Murdoch Children’s Research Institute in Melbourne, Australia.

“Conscious sedation is a bit of an art,” Dr. Davidson said. “Some people say it’s actually harder to do than general anesthetic, because it’s actually more difficult to titrate the drugs to get exactly what you want.”

In contrast to general anesthesia, in which the goals are well-defined — no pain, no awareness, no memory — conscious sedation is something of a gray zone, where the boundaries between consciousness and unconsciousness are blurred, where patients are sometimes expected to be semi-awake and responsive, and where their distress could potentially be ignored, because amnesia usually sets in.

“With conscious sedation, I think physicians recognize that quite a lot of the time their patients will actually be distressed, but they’re relying on the fact that most are not going to remember it,” Dr. Davidson said. It is obviously not the goal, he added, “but it’s hard to get the dose right.” As he wrote in the Journal of Medical Ethics, “In many cases, the patient will wince or wriggle during the procedure — some may even tell you it hurts.” But “the vast majority won’t remember a thing,”

In my case, plagued by my distressing memories, I was diagnosed with acute stress disorder, a transient form of PTSD. I spoke to a therapist, sought clarification from my physician, and am looking for ways to avoid a negative experience the next time.

But what if, like most people, I had actually forgotten that panic and struggle on the table? Might I still have experienced the nightmares and anxiety, with no explanation for them? And might someone with a tendency toward depression or anxiety trace their problems back to forgotten experiences under sedation?

“There’s plenty of evidence” that even without an explicit memory of surgery, humans can form implicit or subconscious memories under anesthesia, said Dr. Aeyal Raz, an anesthesiologist at the University of Wisconsin. “There is a trace of the event, a memory, left in the brain. However, it cannot be accessed with conscious thoughts and the person does not recall the learning event. Nonetheless, it may affect future feelings and behavior.”

“Research in psychology suggests that even this very rudimentary memory activity may have profound effects on behavior or emotion,” wrote Jackie Andrade, a psychologist at the University of Plymouth, in a review of the topic. “It seems plausible that negative experiences during surgery could reduce patients’ well-being on recovery, but it is hard to prove,” she told me.

But Dr. Davidson feels the evidence for implicit memory after anesthesia is “very mixed, and it is a very long bow to pull to say it has long lasting effects.”

In an ongoing study, Dr. Raz’s team is looking at the link between awareness and memory formation under anesthesia and psychological symptoms a month later. “The numbers are too small to have conclusive results yet, so I should be careful with the interpretation, but we’ve had a small number of recall episodes, with most of these episodes related to PTSD symptoms, mostly to sleep problems, at 30 days,” he said. He said that many more patients were aware during the procedure — identified by asking them to move their arm during surgery — but did not remember it, and among these patients, it’s too early to say whether there is any increased risk of PTSD.

“When I speak with the patients before giving them sedation, I tell them that they’ll be awake and may remember or not, though most don’t, and that I will be with them, and that if they’re in pain or uncomfortable they can tell me and I’ll give them more sedation or pain medication,” Dr. Raz said. “I hope that this allows them some control of the situation and a better understanding, which may help in preventing PTSD.”

In a paper in the Journal of Medical Ethics, professor Walter Glannon, a biomedical ethicist and philosopher at the University of Calgary, explores the idea of offering an antidote to soften the sting of traumatic memories. Propranolol, for instance, is a drug that does not induce amnesia but can dampen the emotional content of a memory, especially if given within six hours of the traumatic experience.

As the popularity of conscious sedation increases, research continues. But what’s still largely missing from this conversation are the patients’ stories. Experts say that the vast majority of traumatic experiences under anesthesia and sedation are most likely never reported because they are often so ephemeral and disconnected. Like the traces of a nightmare that you can’t remember yet which still cast a shadow on your day.