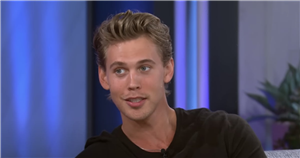 Austin Butler’s transformative journey of portraying Elvis Presley has almost reached its apex. He was officially cast in Baz Luhrmann’s “Elvis” movie back in 2019, but the director put the actor’s skills to the ultimate test before crowning him the king of rock and roll. During his June 23 appearance on “The Kelly Clarkson Show,” Butler discussed completing months of mini auditions for Luhrmann before finally snagging his “Elvis” role.

Clarkson joked and told Butler, “That’s a relationship.” Butler jumped through many hoops to prove he was Luhrmann’s leading man — including a screen test the director completely changed on the actor the day of. “He put me through the ringer,” he admitted of Luhrmann. “But I realize now it’s because he likes to be very spontaneous on set — he wanted to see if I’d lose my mind.”