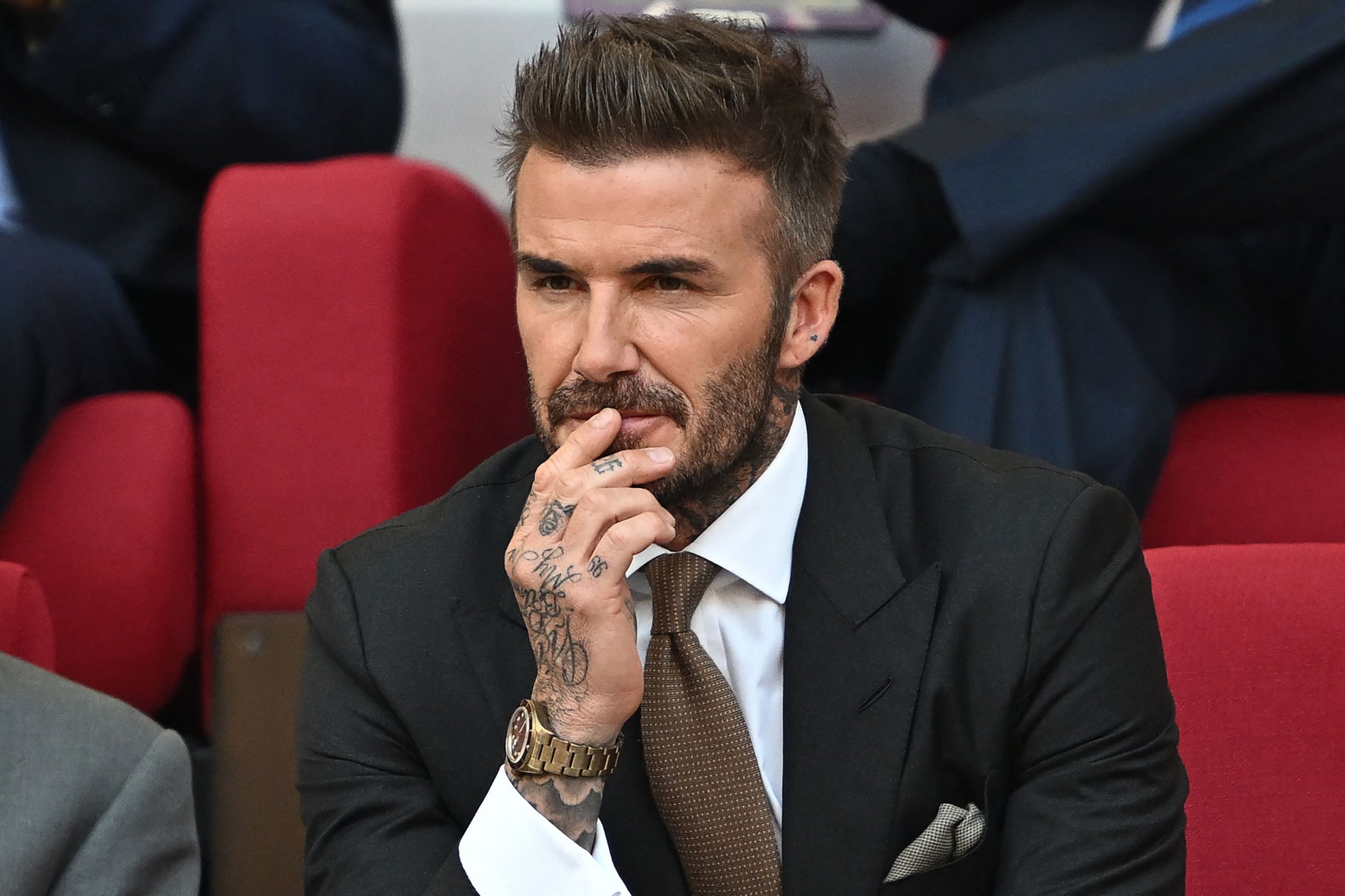 The editor of gay magazine Attitude has come out in support of comedian Joe Lycett shredding David Beckham’s iconic cover over his deal with Qatar’s World Cup.

The comedian had delivered an ultimatum to Beckham this month, urging the former England footballer to step down from being an ambassador to Qatar in light of the country’s human rights controversy, particularly homosexuality being illegal.

If Beckham didn’t back out, Lycett claimed he would shred £10,000 – or donate it to LGBTQ+ charities if he did.

However the footballer did not respond, leading to Lycett shredding wads of cash, later revealing the money was fake and he had indeed donated it to charity, claiming he knew all along Beckham would not change his stance.

Lycett added: ‘There is one thing I’ll shred – this is your Attitude magazine cover from June 2002, the first-ever cover of a gay mag with a Premier league footballer on it.

‘I asked Attitude if I could shred it, and they were more than happy to oblige.’

‘The fall of David Beckham’s star has been fast and heavy,’ he began in a statement posted to Twitter.

‘It’s a reminder that being an advocate for not just LGBTQ+ rights, but women’s rights, immigrant worker’s rights… and any human rights should not be lip service.

‘It’s not a trend to boost a person’s profile. Human rights are not a fashion statement to be made to generate coverage in the style pages of tomorrow’s magazines.

‘They are not a new haircut to stir up media attention. They are real issues that affect the livelihood of billions of vulnerable people around the country.

‘Joe Lycett’s prank worked to highlight the flippant attitude David Beckham has to human rights. And what price tag he had in order to turn a blind eye to the corruption that awarded Qatar the World Cup by Fifa.

‘It all amounts to making this year’s so-called “beautiful game” a truly ugly moment for sport.’

‘Talking about stuff nobody will talk about is “the way he’s always been, and the way he’ll always be”, David Beckham told us in 2002. Until the Qataris bought his silence 20 years later.’

This canvas has sat proudly on the @attitudemag office wall for years. I took it down today. Talking about stuff nobody will talk about is âthe way heâs always been, and the way heâll always beâ, David Beckham told us in 2002. Until the Qataris bought his silence 20 years later. pic.twitter.com/7rCOB4f8DD

Beckham, who has not commented on the ultimatum, shredded money or revelation the notes were fake, has been vocal about his love for the Arab country.

In a promotional video, he referred to it as an ‘incredible place’ and said he couldn’t wait to take his kids back there.

The England star was spotted at the opening ceremony for the tournament, sharing a snap of the pitch to Instagram as performers took to the floor and fans in the stands held up flashlights.

Lycett’s stunt had sparked a major conversation around Beckham’s participation in the Qatar World Cup, and the comedian had faced criticism from some public figures when he had appeared to shred the money in a cost of living crisis.

Metro.co.uk has reached out to reps for Beckham for comment