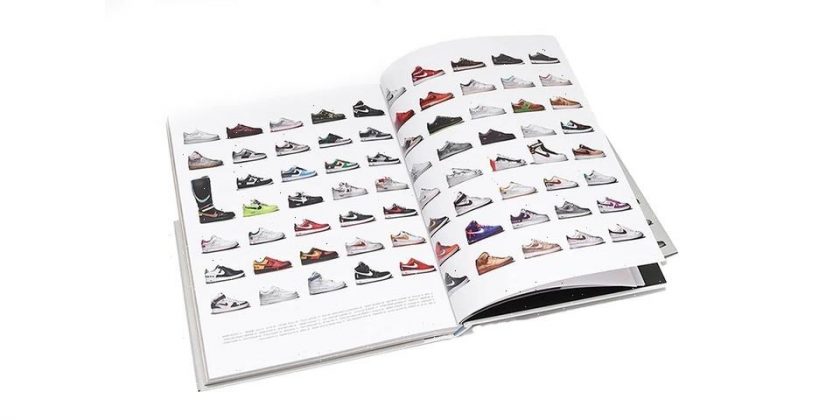 A number of Nike silhouettes are celebrating anniversary milestones this year. While the Air Max 97 sees its 25th birthday in 2022, one of Nike’s most exemplary models will be hitting its 40-year mark: the Air Force 1. Since its release in 1982, the legendary pair has held a prolific stance in sports and music culture, never losing touch with the wearers that have made it iconic.

With the festive mood in mind, Japan-based retailer atmos is launching a celebratory book to highlight the special occasion. It acts as a joint project between atmos founder Hommyo Hidefum and SHOES MASTER magazine frontman Hirofumi “Koji” Kojima.

The hardcover manual features a series of 40 masterful Air Force 1 creations that have been produced throughout its lifetime. As you flick through its glossy pages, you’ll find collaborative hits such as the Supreme x Nike Air Force 1 High “World Famous,” Virgil Abloh’s semi-translucent versions and plenty more to feast your eyes upon. Further along, previously unseen CO.JP exclusives make their debut next to 1-of-1 sample pairs and not-for-sale pieces.

Interviews with renowned AF1 aficionados such as fragment design’s Hiroshi Fujiwara make an appearance, while the detailed history of the silhouette is pencilled by Japanese writer Masayuki Ozawa. The volume is meant to be a sneaker handbook for future footwear lovers to be passed down from generation to generation.

Pick up a copy of the Sneaker Heritage by SHOES MASTER Air Force 1 book now for $60 USD via atmos.