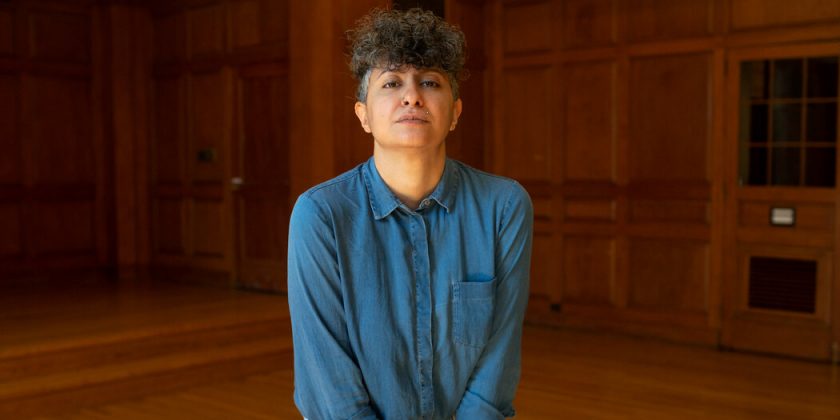 Dima Mikhayel Matta has written about her home city before with language like “In Beirut, the streets smell of jasmine and coffee, and the morning call to prayer mingles with church bells.”

Was it lyrical? Yes, Matta, a queer playwright from Lebanon, said during a recent video interview. Was it also rosy? Yes.

“In the past, I was writing short stories that romanticized Beirut,” she said, “because it’s ‘poetic,’ right?”

Matta’s autobiographical play, “This is not a memorized script, this is a well-rehearsed story,” is one of three making its New York premiere this week as part of the National Queer Theater’s Criminal Queerness Festival, which presents innovative new stories by L.G.B.T.Q. artists from countries that restrict L.G.B.T.Q. rights.

And with that project, she made a decision: no more romanticizing.

With Beirut, she wanted “to face how I feel about it, and how so many of us feel about it,” she said of the city that in the past year has endured crises including a massive explosion in its port, economic collapse, political instability and the pandemic. “Because it’s difficult to live there, and it’s becoming more difficult.”

The festival runs Tuesday through Saturday outdoors at Lincoln Center and near the United Nations, and is part of Lincoln Center’s Pride programming, which also includes a concert on Friday by the multi-hyphenate artist Taylor Mac.

Adam Odsess-Rubin, the National Queer Theater’s artistic director, founded the festival in 2018 with the Egyptian playwright Adam Ashraf Elsayigh, who had recently immigrated to the United States.

“There was really no space for the kinds of stories I was trying to tell,” said Elsayigh, who now serves as the festival’s co-producer. “I wanted to create a space for stories about queer people outside of the United States and outside of a Western context.”

This year’s plays — which also include the Mexican playwright Victor I. Cazares’s “<<when we write with ashes>>,” and a staged reading of the Iraqi playwright Martin Yousif Zebari’s “Layalina” — address subjects including addiction, fluid identity, and global and social change.

In other words, they are not, Zebari said, works that he could present in his home country, where same-sex marriage is illegal and queer people do not have any protection against discrimination.

“It’s really risky for the writers to share these plays,” Odsess-Rubin said. “They might fear persecution even emailing in the script.”

But in interviews, the playwrights underscored that their works, while sourced from their specific life experiences in countries that criminalize queerness, contain themes anyone can relate to.

For Matta, it was her complicated relationship with Beirut — a feeling that, she said, people who have lived in the same place for most of their lives can relate to.

“The people who’ve attended my rehearsals have said they feel the same way about New York,” she said.

Cazares, a Tow playwright in residence at New York Theater Workshop, who uses the gender-neutral pronouns they and them, said that they had felt pressure in the past to produce work that glossed over the less idyllic aspects of life on the border.

“As a queer Latinx playwright coming up in 2013, I was encountering a lot of resistance from other Latinx producers that did not want to produce work that was about drugs, guns or gangs,” Cazares said. “But that was my work, and it was also my lived experience of the border. I lived through a very violent drug war. You’re suffering through nights where you’re worried about your family.” 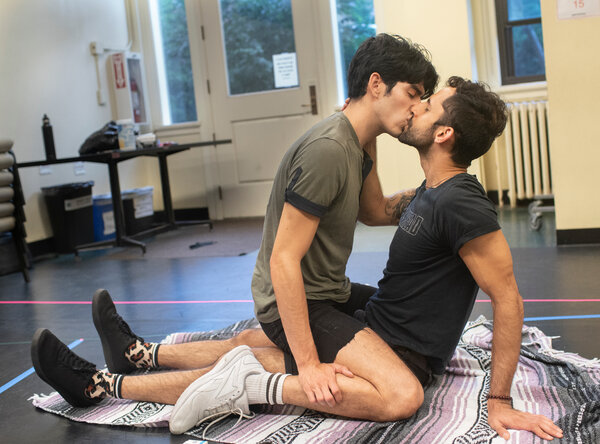 Cazares’s play, a love story set in Mexico, draws from their experiences as an addict and as someone whose family withdrew them from high school and shipped them off to a rural Illinois town to “go find Jesus Christ again” when they came out. (Cazares and their parents have since reconciled.)

“It was a very personal story for me,” they said. “But it’s not something I’m reluctant to share. I want to destigmatize addiction and being H.I.V. positive. I want people who have had these lived experiences to walk away not feeling alone.”

For Zebari, who is making his playwriting debut with “Layalina,” it was important to tell a nuanced story of the community he refers to as SWANA — Southwest Asian and North African.

“As an actor, I never spoke up when I felt like my voice was filler,” he said. “But now, as a playwright, I can tell my story.”

Odsess-Rubin and Elsayigh said that, in an ideal world, the festival would not exist because its plays would be produced elsewhere in New York. A recent study by the Asian American Performers Action Coalition found that at 18 major nonprofit theaters in the city, 81 percent of writers and directors were white.

Cazares said that they have had opportunities in which “if I would’ve written the happy story, or the more marketable, let’s-all-sing-about-conchas-and-abuelita take, it would’ve been produced.”

The festival’s audiences, the three playwrights acknowledged, likely will be mostly white. But they did have their dreams for who would be there on opening night. Cazares said their past self. Zebari said his father, though having him there would amount to coming out — something he hasn’t done, and isn’t ready for, with his family.

Matta said, “I would take great pleasure if a homophobic, racist person ends up in the audience and is too embarrassed to leave, and has to stay for an hour of me basically sharing things that go against everything that person believes in.”

“I’d find that very amusing,” she added. “My goal is not to make you comfortable. I am not here to explain why it’s OK for me to exist. I am here to transport you somewhere for an hour, and leave you with more questions than answers.”