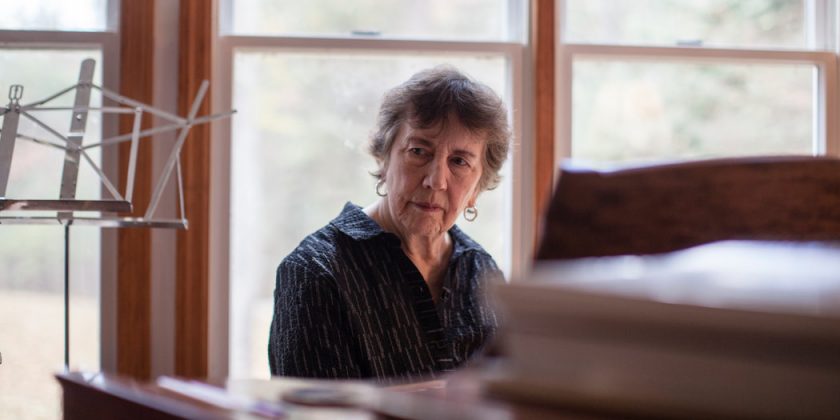 When the composer Joan Tower went to Bennington College to study music, her teachers told her she needed to compose something.

“So I wrote a piece,” she recalled recently, laughing, “and it was a disaster from beginning to end. I said, ‘I know I can do better than that.’ So I did that for the next 40 years, trying to create a piece that wasn’t a disaster.”

Over the decades-long process of trying to avoid disaster — composition was, she said, “a very, very slow-moving juggernaut” — she became a force in contemporary music. She turned 80 in September, a birthday which will be celebrated on Sunday at National Sawdust in Brooklyn.

When she was young, Ms. Tower composed austere, pointillist music in the then-dominant 12-tone style, but soon turned toward a propulsive and visceral language. A gifted pianist, she founded the Da Capo Chamber Players, a pioneering ensemble dedicated to new music. She served as the St. Louis Symphony’s composer in residence in the 1980s, cultivating a taut, crackling orchestral sound.

Her widest-reaching project, the 2004 symphonic poem “Made in America,” has been performed by more than 65 orchestras in all 50 states. And Ms. Tower has recently been commissioned by the New York Philharmonic for a new work to debut in a future season. She is, in short, of comparable stature to the major octogenarians of her generation, such as Steve Reich, Charles Wuorinen and John Corigliano.

Unlike some of those major octogenarians, however, Ms. Tower is remarkably self-deprecating. In a recent phone conversation from her home in Red Hook, N.Y., she talked about why. Here are edited excerpts.

How does it feel to reach the milestone of 80?

Composing is not an easy activity. For others, it’s easier, but for me it’s a very challenging activity. But as life goes on, the rewards come in. The credentials, like winning certain prizes, are very nice, but the important rewards are that your music gets picked up and played a lot. That’s what makes your life in music, not necessarily where you went to school, who you studied with, or what awards you got.

Could you talk about some of your influences?

[Growing up in South America,] I developed a love for percussion. My babysitter used to take me to these festivals. She would drop me off at the bandstand, so she could go and have fun. The band people would throw me a maraca or some kind of castanet or drum. That was where I started to develop a love of percussion and also dance. My music is basically about rhythm. It’s all about timing for me.

But I also was studying piano at the time. I got very involved with Chopin, Beethoven, all the dead white European composers, who I loved. Beethoven was a huge influence on me, in terms of rhythm, pacing, juggling architectural narrative. Then I married a jazz musician, and I heard all the jazz greats. We went to all the clubs. Thelonious Monk, Bill Evans — all of them I got to hear live. That influence was more harmonic: I learned juicier chord progressions.

You did graduate studies at Columbia University during the heyday of 12-tone music, but shifted toward a more tonal idiom. What prompted the change?

What changed all that was Messiaen’s “Quartet for the End of Time.” I had never heard anything like this. It was colorful, it was direct, it was very slow at points. Oh my God, there was so much in that music that I was just blown away by. It came out of the sky. And then George Crumb’s “Voice of the Whale.” I was like, “Whoa, this is so consonant, and so beautiful, and so colorful.” So I started to pull away from the 12-tone group, and I started to develop my own voice. 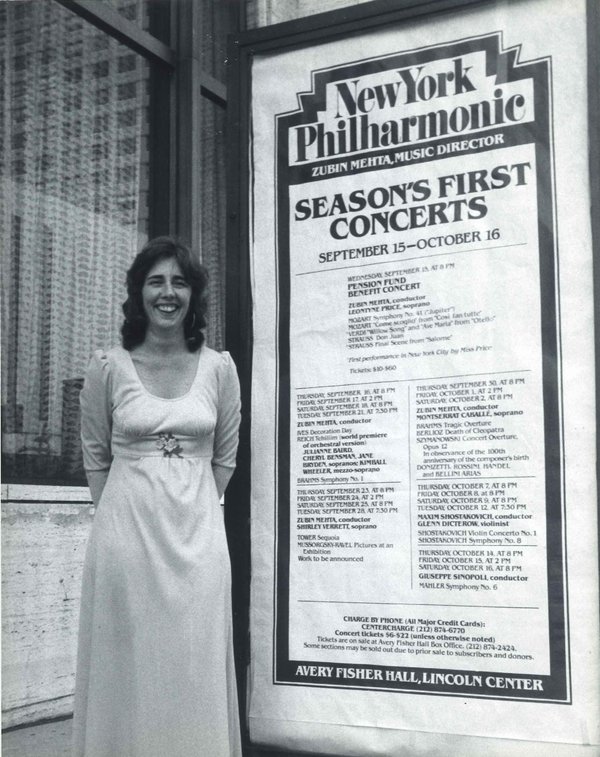 As you developed this new language, you also starting writing orchestral music, with “Sequoia” in 1981.

The American Composers Orchestra was commissioning new works, and they asked me, and I said no, because I wasn’t ready. Francis Thorne, the lead energy behind that group, said, “You are ready, and I’m going to ask you again.” I wrote the piece kicking and screaming, and close to being tortured. [The conductor Leonard] Slatkin heard this piece and he loved it, and said, “I want you to be composer in residence with St. Louis.” I said, “No, I’m not ready for this. I only have one piece.”

What was it that made you feel that you weren’t ready?

I’ve always had a low opinion of myself. I think it’s a female thing, in a way. For women, in a field like composition, which has been male dominated for years and years and years, it’s a hard thing to walk into and feel that you are as empowered as your male colleagues are. That’s a very superficial answer to the question.

But that’s how you felt?

I did, and that continued for a long time. Until the last few years, actually.

I got older [laughs]. And I got more confident, and more accepting of who I am, and what I can do.

And you became more conscious of how women have been underrepresented in composition.

How has your style has changed in recent years?

I’m not sure one has much control over that. My goal is to keep learning. There’s so much still to learn — the bass, the piccolo, I’m still working on, and the horn. Those are weak areas for me. I’m going to get there with those instruments at some point.

What you try to do is write the best piece you can at whatever level of experience and voice that you are at. I know that if I take more risks, I’ll get there. It’s in the risks.