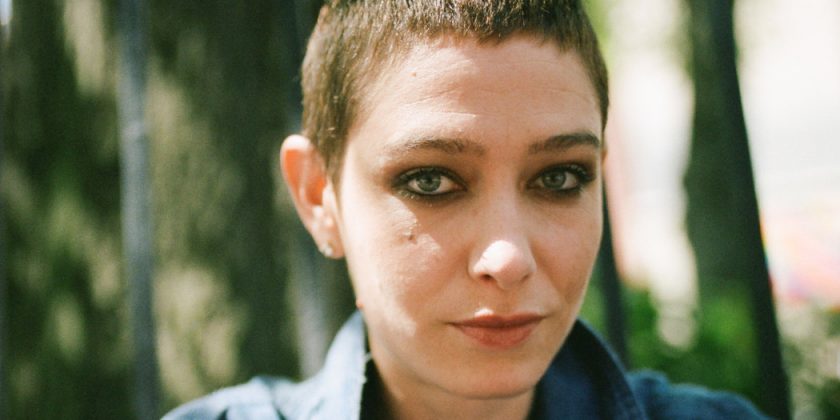 Asia Kate Dillon wandered into a coffee shop near Brooklyn’s Prospect Park looking like a fallen angel taking a personal day: Black shirt, black jeans, black sneakers, black liner circling each eye. Dillon, who gave eye-catching performances as Lucifer off-off-Broadway and as a white supremacist on “Orange Is the New Black,” broke out as Taylor Mason, a nonbinary hedge fund wunderkind on the Showtime series “Billions.”

“Hello, I’m Taylor,” the character says when first meeting the fund’s boss, Bobby Axelrod (Damian Lewis). “My pronouns are they, theirs and them.”

Dillon, 34, identifies as nonbinary, too, with the same preferred pronouns, a gender identity the “Billions” role helped them clarify. And Dillon has recently taken on a new role. In “John Wick: Chapter 3 — Parabellum,” currently in theaters, the actor plays The Adjudicator — basically the head of international assassin HR — enhancing the action franchise with a nonviolent, nonbinary, high-glamour authority figure.

On a recent afternoon, Dillon ordered a half-mug of coffee, also black, and reclined barefoot in the pillow-dotted loft above the shop. With warmth and openness and far more hand gestures than you’ll see from the actor’s taciturn characters, Dillon discussed soft power, killer costumes and how to show skin and emotion on camera. These are excerpts from the conversation.

Most casting breakdowns specify male and female roles. How did you navigate that when you were younger?

I remember in middle school they were going to do “Oliver!” I was so excited to audition to play Oliver and then realized I couldn’t, because I hadn’t been assigned male at birth. I remember feeling crushed. But then I went to an alternative high school where you played whatever part they thought you were the best for. In “As You Like It,” I played the 90-year-old man. I remember always being drawn to the roles that had been written for men. They had more lines.

How did you hear about the role on “Billions”?

I got a casting breakdown from my agent. It said, female, gender nonbinary. I thought, if you’re nonbinary, can you also be female? I had identified as gender fluid, gender queer, but hadn’t come to a place where I felt like I could release she/her pronouns, because I didn’t want to physically transition. I didn’t want to take hormones, that’s not my journey.

When I got the breakdown, I was like, “Oh, right. We’re all babies and then someone looks at what’s between our legs and assigns us a sex, then a gender identity is placed on top.” So I don’t have to change my body, I can release she/her pronouns, I can use they/them. This is who I am. 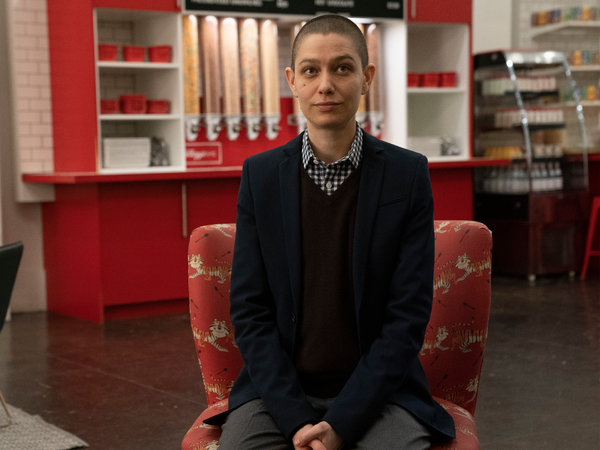 What is it like playing a nonbinary character in the hypermasculine world of “Billions”?

Oh, gosh, fun. It’s so fun to play a character that doesn’t use any machismo or bravado. I think Taylor knows who they are and knows what their talents are. They are able to just walk into a room with everything that they’ve got, and say, like, “Can you handle it?”

Your character has had some nude scenes, including a sex scene opposite Mike Birbiglia’s “venture philanthropist” character last season. Were you comfortable with that?

When my contract was negotiated, I knew that there was a possibility for nudity. I was fine with it and excited for it. How incredible to have a nonbinary character show skin on television! We were like, we just want it to be sexy. We want it to look hot.

At the beginning of this season, Taylor shows up in female drag. How was that?

Getting to wear drag is super fun. I love wearing wigs. I love full makeup. And it’s a great moment for the show to say, O.K., here’s a character in a dress with long hair and makeup. That doesn’t make them a woman.

How did you find your way to The Adjudicator?

Keanu Reeves had the idea for a character who wasn’t going to take up physical arms in this movie, who had a different kind of power, a quiet power. There were versions of the script that had pronouns for the Adjudicator that were he/him, there were versions that had she/her.

I went in, met with Chad [the “John Wick” director Chad Stahelski]. And having seen the first two movies, I just said yes, before I even read the script. And I said, “We have a real opportunity here, I’m a nonbinary actor, there’s no reason that this character has to be a non-trans person, let’s make them nonbinary.” All pronouns were taken out of the script to add a little more mystery.

The costumes are fabulous.

The clothes are almost all vintage Thierry Mugler. Our costume designer, Luca Mosca, had a vision: Let’s go high-femme, let’s go European, let’s go structured. Let’s show some skin. I loved the idea of playing another version of what nonbinary looks like, which is high femme, very decorative.

You tend to play characters who are emotionally closed off.

They titrate their emotions in a very conscious, calculated way. It’s a challenge and I love a challenge. Stillness is really important in terms of Taylor. They don’t waver. The Adjudicator allows themselves to have a little more fun. They’re like, “I didn’t make these rules. I’m just here to dole out punishment and go on with my day.”

How much educating around gender identity do you have to do?

It depends. Showtime had a meeting with everyone before my first day of shooting, so then it was just gently correcting people who were misgendering me, not on purpose. We’re all ignorant of what we’re ignorant of until we’re not. I had to learn who I was. Giving other people time is important.

Thankfully, it very rarely feels like talking at people. It mostly feels like a conversation, a dialogue about what pronouns are, what gender identity is, the fact that we’re all assigned a sex, but that everyone actually has the autonomy to decide how they identify.

Do you ever have days where you don’t feel like having the conversation?

There are certainly situations where I’m not correcting people. Maybe because it feels like not a safe space. Or I’m getting a coffee and I get called “Miss,” and I don’t have the time or the energy. If I were being misgendered all the time and I didn’t have the support of family, friends and co-workers, it would tear me down way more.

I’m a marginalized person because I’m nonbinary, but I carry white body privilege. People are going to listen to me more often, receive my message more often than they would from a gender nonconforming person of color. I carry that with me when I’m out in the world and I’m misgendered. I think, “Actually, I do need to take this opportunity to engage in this conversation, because there is perhaps a bridge to understanding here that will benefit people who don’t have a voice, who can’t walk down the street without being told to kill themselves.”

If it takes 20 years, I have personally failed. Not that I’m taking that whole responsibility on myself, but that is work I’m specifically engaging in. So yes, it’s going to happen soon.