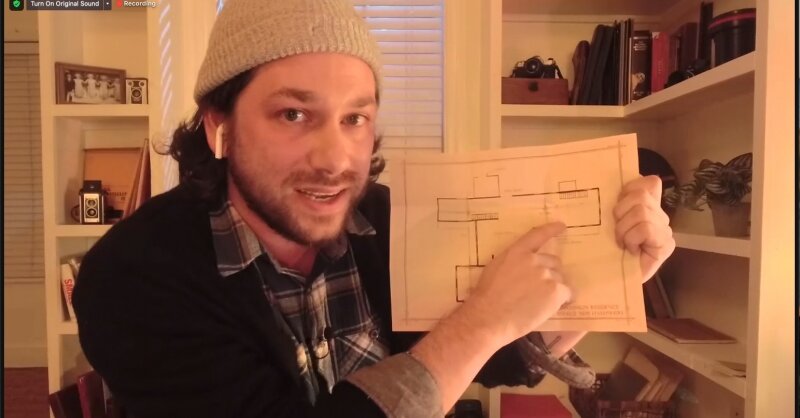 If you were marshaling evidence that streaming theater can pay off, look no further than the Geffen Playhouse in Los Angeles, which sold 35,000 tickets and grossed over $3 million during the pandemic from magic shows and other performances that could be watched at home.

As quickly as you could say “Pick a card, any card,” that’s changed, reports Matt Shakman, the company’s artistic director. “The ticket desire started to drop precipitously as the country was opening up,” he said recently of the digital initiative. “It was absolutely born of a moment that I hope we don’t find ourselves back in. So I don’t know how relatable it is as we move forward.”

Sean Patrick Flahaven, the chief theatricals executive for Concord, which licenses plays for production, has observed a similar shift.

“In the last few months, the requests for either virtual or digital performances from streaming have really dropped off dramatically,” he said. “They’re still happening, but it’s maybe 10 percent of the requests that we get.”

But theater is not beating a full retreat to the Before Days. And those who believe that streaming increased geographic and economic access to an art form often seen as exclusive and remote vociferously contend that it shouldn’t. Spirited arguments have erupted over the relationship between theater and screens — down to an ongoing debate about what to call the new hybrid forms, if not theater.

In fact, the live theater shutdown underscores that streaming itself is not as monolithic as it once was.

A live show conceived for the digital realm is very different from, say, a fully staged performance filmed in an empty theater. Definitions shift: Through Aug. 31, for example, the streaming platform Broadway On Demand is presenting a festival of shorts that “highlight the combination of theater and film — i.e., theatrical content, films based on scripts, or content filmed in a theater.”

And then there are the means of distribution, and the fees and stipulations that go with them: The Music Theater International licensing agency distinguishes between livestream, scheduled content and on-demand when granting the right to put on a show.

At first, the actor and playwright John Cariani wanted to allow only livestreaming for his plays, which include the popular “Almost, Maine,” because, as he said in an email, “livestreamed events keep the live element of theater intact.”

Then he realized that might be tricky in parts of the country with spotty broadband coverage. “I changed my position and asked people who wanted to do my plays to make every effort to livestream,” he said, “but to record and stream at a later date and time if that was the better option.”

Reflecting this diversity, many companies are trying different approaches. While the Geffen is putting on an in-person season, it’s not entirely retreating from the online realm and is working with the digital maven Jared Mezzocchi, with whom it created the show “Someone Else’s House,” on a site-specific project involving NASA.

Several companies in the United States and in Britain are unrolling hybrid seasons that integrate digital and in-person shows. One reason is sadly pragmatic: “If things start to get worse and the Delta variant starts to become more prevalent and the numbers start going up, I think people are going to have to use streaming,” said John Prignano, the chief operating officer and director of education and development at Music Theater International.

But many theaters also want to incorporate online strategies into a new way of working.

“Would we want to just be a streaming theater?” asked Martin Miller, executive director of TheaterSquared in Fayetteville, Ark. “No. But it did start to feel additive to us when we started having performances in person again this April, because we were still having people streaming the shows. So it was no longer a question about what was lost but what was gained.”

The company certainly earned national recognition when such online productions as “Russian Troll Farm: A Workplace Comedy” were reviewed by outlets all over the country, including The New York Times.

TheaterSquared’s current offering, José Cruz González’s “American Mariachi,” is available both in person and online, and the company expects to do the same for its premiere of the Linda Bloodworth-Thomason play “Designing Women” in September. Theaterworks Hartford and Baltimore Center Stage are following suit for their coming seasons.

Broadway performances are still off the streaming table, but in New York, the prestigious Second Stage Theater is introducing a pilot program in which select performances of this fall’s Off Broadway production of Rajiv Joseph’s “Letters of Suresh” can be streamed by subscribers who can’t attend the show in person.

Hybrid plans are in place at Rattlestick Playwrights Theater and at the family-friendly New Victory Theater, which is building up its successful online New Victory Arts Breaks, a series of free interactive artistic activities for kids that was picked up by PBS’s Camp TV.

“In a given year, we see 100,000 people live; in a year where we’re remote, we’re going to have served a million people,” said Russell Granet, president and chief executive of the theater’s parent organization, New 42. The New Victory is planning to make all of the new season’s shows available on-demand for $25.

“Our business model is forever changed in a good way as a result of this past year,” Granet added.

Also pursuing a dual model are such major British institutions as the Young Vic, Shakespeare’s Globe and the Chichester Festival Theater, which announced six performances for which audiences around the world could watch its current production of “South Pacific.”

Daniel Evans, Chichester’s artistic director, mentioned another reason for capturing productions, even if they don’t end up livestreamed: “We want to build up our library in case there comes a point where we are able to have our own platform, so we have a bank of work ready to share,” he said, mentioning the National Theater’s hugely popular At Home program.

Having a stash of digital shows can be very handy, as Lincoln Center Theater demonstrated when it started streaming newly edited captures of some of its Off Broadway hits like “The Wolves.”

This reflects the fact that whereas productions used to have a clear-cut beginning and end — opening, closing and then gone forever — they can now move through various stages. For Marc Kirschner, co-founder of the Marquee TV platform, the relationship between in-person, livestreaming and on-demand will be similar to that of movies’ old trajectory, when they went from theaters to premium cable to broadcast.

“The live-ticket purchase is the ultimate purchase,” Kirschner said. “Eventually we’re going to start seeing a ticketed premiere window, and then move those programs whenever possible or whenever worthwhile into our subscription service.”

Similarly, the long-held belief that filming a show cannibalizes its potential live audience seems to have been put to rest, with hit productions now becoming available onscreen while they are still running.

The musical “Come From Away” was filmed in May at its regular home, the Gerald Schoenfeld Theater, and premieres Sept. 10 on Apple TV+. Antoinette Chinonye Nwandu’s “Pass Over” is on Broadway, even though Spike Lee’s capture of the 2017 Steppenwolf Theater production has been streaming on Amazon for the past couple of years.

Digital theater’s greatest asset remains access — the one word which came up in every conversation on the subject of streaming.

“Historically there are building-based companies that exclude audiences, and digital theater is a space where many are finding more hospitable and affordable ways of interacting with art,” the playwright Caridad Svich, who has embraced new technologies, wrote in an email.

Expanded access also applies to theatermakers, for whom online can mean lower overheads. Ultimately, whether online theater endures ultimately depends on the X factor: creativity. There, too, signs are encouraging: We have come such a long way since those Spring 2020 days of glitchy Zoom readings that just a year later, the digital production “Circle Jerk” was a finalist for the Pulitzer Prize in drama.

“As a playwright, I find live cinema, digital-only and hybrid digital performance to be a thrilling space for exploration and innovation,” Svich said. “There is also a new generation of theatermakers on TikTok, YouTube and other platforms perfectly at ease with the fluidity of digitally native performances that are challenging the field with their inventiveness and skill.”

Now we just need to figure out what to call all this new stuff.