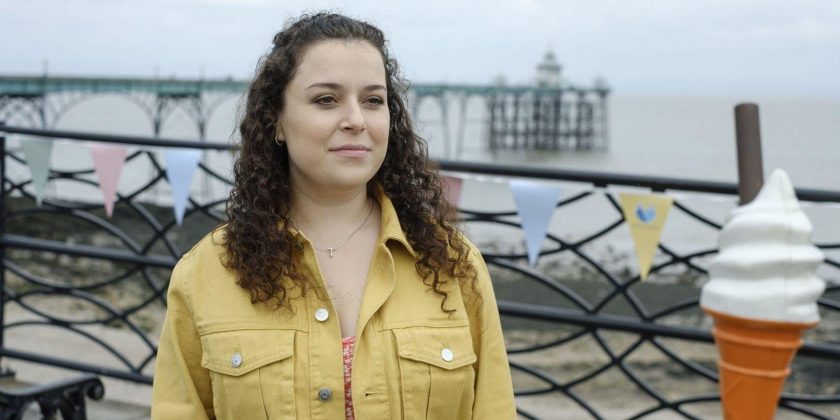 As the latest instalment of the Tracy Beaker series, The Beaker Girls, premieres on the BBC, writer Eleanor Noyce, who grew up with undiagnosed ADHD, explains how she felt an affinity with the loud, unruly child of “the dumping ground”.

As a child, I devoured the pages of Jacqueline Wilson’sTracy Beaker trilogy so quickly I was left pining for more the second I closed the book. Turning page after page, Tracy became my friend. I understood her complex characteristics and emotionally charged reactions.

Premiering on 13 December, The Beaker Girls is the latest instalment in the TV adaption of the books that chronicle Tracy’s childhood in a care home nicknamed “the dumping ground” by the children who live there.

Thanks to an eternal fascination from British millennials and Gen Zs, the series has experienced a nostalgically charged revival through viral memes and TikTok trends. But for me, Tracy’s story holds a deeper meaning.

Growing up, I always felt a little bit different. In childhood, I struggled to regulate my emotions: I was famous for throwing temper tantrums, investing so heavily in the feelings of my friends that the slightest sign of trouble felt like all-encompassing rejection. Disappointment or upset caused an almost visceral, physical reaction in my chest, and I was so deeply empathetic that I felt personally responsible for other people’s happiness.

I often felt like a ‘problem child’. Though I was studious and well-behaved in the classroom, I was frequently disciplined for being too chatty or failing to pay attention. I struggled with compulsive lying, fibbing to my parents about whether I’d remembered to brush my teeth, exaggerating details of events in the playground or making up scenarios completely.

Though I was little, I remember feeling ashamed at this, but I couldn’t stop. The little white lies were addictive: they felt almost redemptive, as though I had something to prove. I didn’t want to be disciplined for failing to remember to do basic things. I was so forgetful at times it was almost embarrassing, and I felt the need to cover my tracks.

This year I finally received answers. Diagnosed with combined ADHD, I had an explanation for 23 years’ worth of suffering. For a long time I felt my brain was wired differently to other people’s, and all along, I was right.

ADHD is a neurodevelopment condition. Its associated behaviours and traits are the result of the brain developing differently. Symptoms in childhood include inattentiveness, hyperactivity and impulsiveness, such as making simple mistakes, having a short attention span, having difficulty with organisation and struggling to sit still or be quiet. The impulsivity can manifest as interrupting conversations, experiencing anger outbursts, finishing sentences before they’ve been completed and, as is particularly common in children, habitual lying.

Tracy Beaker in The Beaker Girls with her daughter Jess.

Retrospectively, I now understand why many of Tracy’s so-called ‘problem child’ characteristics spoke directly to me.

Tracy continually lying about her mum being a Hollywood film star helped ease my shame with falsehood. While her emotionally charged reaction to her best friend, Louise, becoming close with another girl who lived in the care home spoke to my hypersensitivity.

A lesser-known symptom of ADHD, hypersensitivity is so prevalent among women and girls living with ADHD that it’s been termed rejection sensitive dysphoria. It’s defined by ADHD resource ADDitude as “extreme emotional sensitivity and pain triggered by the perception that a person has been rejected or criticised by important people in their life”.

Beth, based in Cardiff, was diagnosed with ADHD in October 2021 at the age of 33. Growing up, she also felt an affinity with Tracy’s character. “Her character really resonated with me because she was just a bit of a square peg in a round hole. She didn’t really fit, just like me,” she tells Stylist. “Instead of apologising for it, as I did on a regular basis, she wholeheartedly embraced it. She taught kids like me that it was OK to be different, and to do it loudly and proudly.”

In adulthood, Tracy remains the same fiery character. In the 2021 reboot of the series, My Mum Tracy Beaker, and The Beaker Girls, her eternal drama with her nemesis Justine Littlewood continues and she goes to extreme lengths to protect her daughter Jess, who she lives with in the fictional seaside town of Cooksea.

Beth empathises with this. “Tracey has an incredible imagination and sees the positives in everything,” she says. “In the new TV series, her collection of priceless things and their visits to charity shops to help herself and her daughter Jess ‘find their fortune’ is heart-warming, and in some ways, naïve. That’s what I resonate with and love about Tracy.”

All in all, Tracy Beaker educated a generation of misfits on authenticity. She owned the label of ‘problem child’, boldly embracing the intrinsic characteristics that she became famous for.

Growing up, I internalised my shame. While I focused on how different I felt and berated myself for applying such a radically different lens to life, Tracy was eternally, unapologetically herself. I think that’s a beautiful message. We were never problem children: we just experienced the world a little differently.

The Beaker Girls is available to watch on BBC iPlayer from Monday 13 December, further episodes will be released daily.