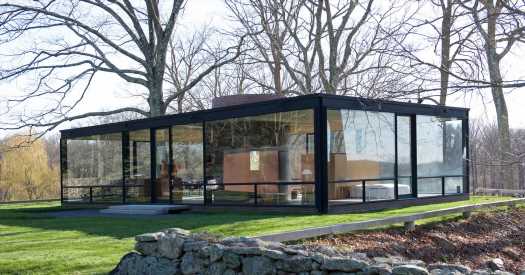 Philip Johnson was one of the most influential architects of the past century, chameleonic in each of his roles as a New York power broker, art collector and creator of his “Glass House,” a celebrated landmark of modernist design in Connecticut.

He also championed racist and white supremacist viewpoints in his younger years. Johnson’s Nazi sympathies, for example, have been well documented, and he spent the years after World War II trying to distance himself from them.

Now a group of more than 30 prominent artists, architects and academics are casting a light on the more unsavory part of Johnson’s legacy, demanding in a letter published online on Nov. 27 that institutions such as the Museum of Modern Art and the Harvard Graduate School of Design remove the name of the architect, who died in 2005, from their spaces.

“There is a role for Johnson’s architectural work in archives and historic preservation,” the Johnson Study Group, a largely anonymous group of designers and architects, wrote in the letter. “However, naming titles and spaces inevitably suggests that the honoree is a model for curators, administrators, students and others who participate in these institutions.”

The letter was signed by the contemporary artist Xaviera Simmons; the landscape architect and MacArthur fellow Kate Orff; and V. Mitch McEwen, an assistant professor of architecture at Princeton University, who is among eight of the 10 architects in an upcoming exhibition at MoMA — “Reconstructions: Architecture and Blackness in America” — that is slated to open Feb. 20.

It cites Johnson’s “widely documented” advocacy for white supremacist views, his attempt to found a fascist party in Louisiana, and failure to include work by a single Black artist or designer in MoMA’s collection during his tenure there. (He served in various roles over six decades.) The letter called on any institutions using his name to remove it.

“He not only acquiesced in but added to the persistent practice of racism in the field of architecture,” the letter said, “a legacy that continues to do harm today.”

Johnson created buildings that are widely considered architectural masterpieces of the 20th century, among them the MoMA sculpture garden and the pavilion that houses pre-Columbian art at the Dumbarton Oaks estate in Washington. The New York Times critic Paul Goldberger praised him as American architecture’s “godfather, gadfly, scholar, patron, critic, curator, and cheerleader” in his obituary.

But in his younger years, he openly admired Hitler’s manifesto, “Mein Kampf,” attended Nazi rallies in Germany and was investigated by the F.B.I. for his connections to the Nazi party. He rejected Nazism after the end of World War II.

Representatives from MoMA and Harvard did not immediately respond to requests for comment on Thursday.

Ms. Orff, the landscape architect and MacArthur fellow, said in an email on Thursday that removing Johnson’s name from the gallery and the curator position would represent a significant step in dismantling racism in design culture.

“Landscape architecture is catching up in its assessment of its own legacy,” Ms. Orff said. “To move forward with a more imaginative, just, and equitable culture in the design fields, we have to reckon with past figures who set the ground rules.”