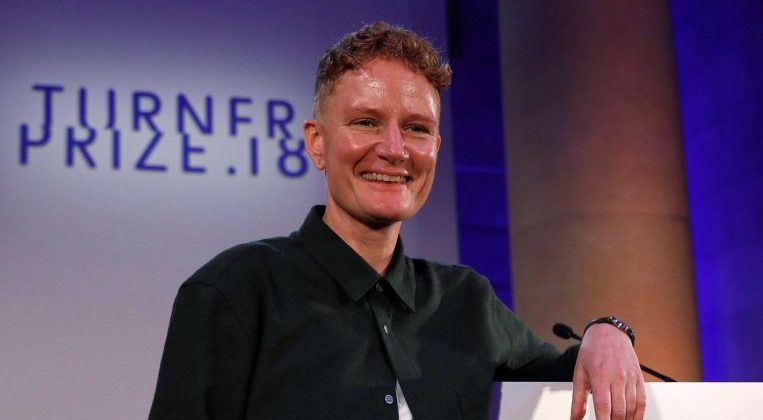 For the first time, all four works shortlisted for the annual prize were films, organisers said, tackling “some of today’s most important issues, from queer identity, human-rights abuses and police brutality to post-colonial migration and the legacy of liberation movements”.

Prodger, who works with sculpture, writing and film, was awarded the 25,000-pound (S$43,400) prize for the autobiographical BRIDGIT as well as another video.

Named after the Neolithic deity, BRIDGIT features snippets of Prodger at home or in the Scottish countryside, looking at her experience of coming out as gay.

Filmed over one year, it uses narration from Prodger’s diary as well as book extracts, looking at history and identity.

“I guess my work is quite personal and it’s becoming increasingly personal as time goes by,” Prodger told Britain’s BBC after winning the prize. “It is an honour but I would like my life to carry on as normal.”

The 44-year-old, who will represent Scotland at the Venice Biennale next year, join the ranks of past Turner Prize winners which include Damien Hirst, Anish Kapoor and Antony Gormley. The prize was established in 1984.