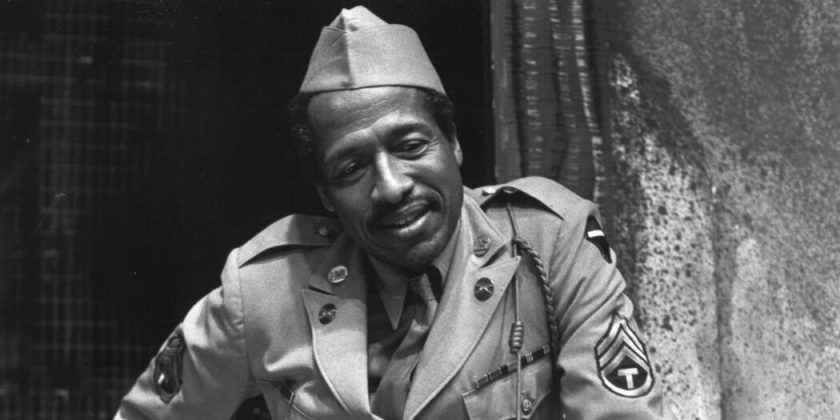 Arthur French, a prolific and acclaimed (if relatively unsung) actor who was a founding member of the Negro Ensemble Company, died on July 24 in Manhattan. He was 89.

His death, in a hospital, was announced by his son, the playwright Arthur W. French III, in a post on Facebook.

Mr. French more or less stumbled into his theatrical career. After abandoning early plans to become a preacher, he aspired to be a disc jockey, but when he showed up at the D.J. school he had hoped to attend, he found that it had closed after bribery investigations began into the radio payola scandal of the late 1950s.

Fortunately, the Dramatic Workshop, where Lee Strasberg and Stella Adler taught, was located in the same building, and Mr. French signed up for classes. He was coached by the actress Peggy Feury; he caught the attention of Maxwell Glanville’s American Negro Theater; and his career as a supporting actor was born.

Mr. French made his professional debut Off Broadway in “Raisin’ Hell in the Son,” a spoof of Lorraine Hansberry’s “A Raisin in the Sun,” at the Provincetown Playhouse in 1962. Three years later he appeared in Douglas Turner Ward’s “Day of Absence,” which spawned the Negro Ensemble Company. He first appeared on Broadway in Melvin Van Peebles’s musical “Ain’t Supposed to Die a Natural Death” in 1971.

“That’s when I decided to quit my Social Service job,” he said in a recent interview with the arts journal Gallery & Studio. He had been working days as a clerk with New York City’s welfare department.

Reviewers often called attention to his sonorous voice and the civility of his performances; his notices in The New York Times were consistently positive. Reviewing his portrayal of Bynum, a “conjure man,” in a 1996 revival of August Wilson’s “Joe Turner’s Come and Gone” at the Henry Street Settlement, Vincent Canby called it “a variation on the seer, sometimes the idiot savant, who turns up with regularity in Mr. Wilson’s work but never as fully realized as the character is here.”

When Mr. French was seen in “Checkmates” at the same theater that year, Lawrence Van Gelder wrote, “The real treats are Ruby Dee and Arthur French as the Coopers, gifted old pros who tickle the funny bone and touch the heart.”

He also occasionally directed, most recently a 2010 production of Steve Carter’s 1990 play “Pecong,” a retelling of the Medea story set in the Caribbean, at the Off Off Broadway National Black Theater.

Mr. French taught at the HB Studio in New York. He received an Obie Award for sustained excellence of performance in 1997 and a Lucille Lortel Award for his supporting role in August Wilson’s “Two Trains Running” in 2007. In 2015, he was awarded a Paul Robeson Citation from the Actors’ Equity Association and the Actor’s Equity Foundation for his “dedication to freedom of expression and respect for human dignity.”

Arthur Wellesley French Jr. was born on Nov. 6, 1931, in Harlem to immigrants from Saint Vincent and the Grenadines in the Caribbean. His father, a former seaman, died young; Arthur himself survived a bout with asthma. His mother, Ursilla Idonia (Ollivierre) French, was a garment workers’ union organizer, and Arthur helped her earn extra money by embroidering material she took home.

His mother encouraged him to take music lessons, which led to a piano recital at Carnegie Hall. He attended Morris High School in the Bronx before transferring to the Bronx High School of Science; after graduating, he attended Brooklyn College.

In 1961, he married the singer Antoinette Williams. She died before him. In addition to their son, he is survived by a daughter, Antonia Willow French, and two grandchildren.

In the Gallery & Studio interview, Mr. French was asked what he had learned about himself during his 50-year career.

“I like the world of fantasy,” he replied. “And my father told me, ‘Learn something so well that you won’t have to lift up anything heavier than a pencil.’”