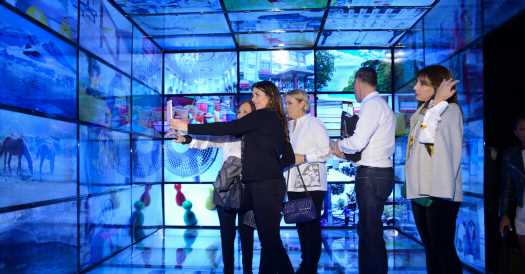 Organizers, concerned at the state of the pandemic in South Florida, put off the event until next year. 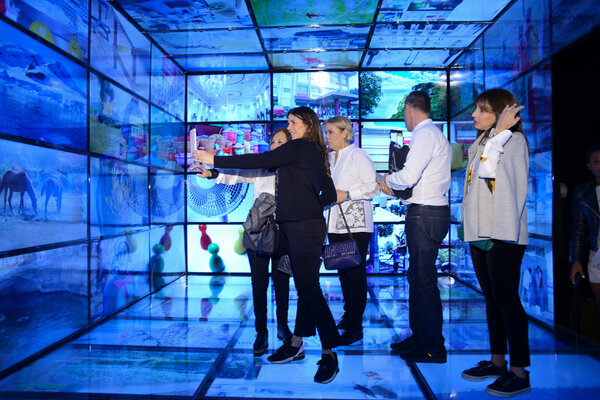 Citing the continuing death toll from the coronavirus pandemic in South Florida, organizers of the Art Basel Miami Beach fair — which each year attracts the global stars of the art world — said on Wednesday that they were canceling this year’s event, which had been scheduled for December.

Mayor Dan Gelber of Miami Beach said he was “disappointed, but not shocked” by the cancellation of the event, which would have been the 19th edition.

Mr. Gelber said that after months of discussions with the fair’s staff, the event had been put off until December 2021. The fair’s organizers, based in Switzerland, said in a statement that conditions in South Florida, as well as international travel restrictions and quarantine regulations, had left them “no other option.”

It was hard to argue with the decision. The city-owned Miami Beach Convention Center, home to the art fair and the more than 250 galleries that participate, is currently being used as a reserve field hospital and a drive-through coronavirus testing site.

Mr. Gelber said that in light of Art Basel’s much-publicized financial difficulties after the cancellations of its fairs in Hong Kong and Switzerland, he had offered to waive the rental fee for the center, which the city recently remodeled at the fair’s insistence, at a cost of $615 million.

Yet the local Covid-19 numbers seemed to speak loudest of all.

Within the county, which includes Miami Beach as well as the city of Miami and its suburbs, the daily Covid-19 death toll remains between 20 and 50.

The New York art world may be tentatively emerging from its enforced hibernation, but the situation in Miami remains grim, despite some improvement since the height of the summer.

Even as some local officials call for an end to a 10 p.m.-to-6 a.m. curfew and further reopening of businesses, there were more than 5,200 new cases of the coronavirus and more than 200 deaths during the past week in Miami-Dade County.

“I have always believed that we’re not going to get our economy back — including our cultural economy — until we get the virus under control,” Mr. Gelber said, adding that otherwise, “members of the public won’t have confidence in group events and traveling.”

Noah Horowitz, Art Basel’s director for the Americas, said that artists’ production schedules and global shipping deadlines — nearly half of the fair’s participating galleries are based overseas — meant that organizers had needed to make a decision by early September on staging the fair. While he hesitated to single out a tipping point, he pointed to a county order indefinitely shuttering all convention halls, even as casinos were recently allowed to reopen.

Planning to open the fair as scheduled, without being able to begin setting up immediately inside the convention center, seemed impossible, Mr. Horowitz said.

“It really made it feel — along with a whole host of other factors on the operational and logistical side — like a step too far,” he said.

The immediate economic impact of the cancellation is grist for debate. A 2014 New York Times study estimated that the fair brought an injection of nearly $13 million in spending in Miami, while local boosters often insist that the figure is 10 times that amount.

What’s indisputable is the transformative effect Art Basel’s spotlight has had on the way Miami is seen — not only by the art world at large but also by Miamians themselves. A city once derided as a cultural backwater is now championed as a serious arts player by locals and visitors alike.

Mr. Gelber, a Miami Beach native, recalled working during his teenage years in the late 1970s as an usher at the convention center. Showcasing the cream of contemporary art wasn’t on the center’s agenda at that time. In a dark blue polyester suit and matching cap, he instead staffed a steady diet of boxing and wrestling matches.

“That was the cultural fare of the city then,” he said with a chuckle. On rare occasions, he would be called in to work a traveling Broadway show — “I saw ‘Pippin’ 23 times” — but that was as highbrow as local fare rose.

Art Basel changed everything, he said, adding, “It made us the center of the art world for a week, and we were able to grow so that we would have a profile all year long.”

“I’m the mayor of what is essentially a crowd-based economy,” Mr. Gelber said, adding with a sigh, “We typically promote the opposite of social distancing.”

Mr. Gelber’s current strategy is damage control, in the form of $1 million in emergency grants to a dozen of Miami Beach’s leading arts organizations.

“Our hope is that we can limp through this period so we can emerge and resume where we were,” he said.

Indeed, within Miami’s art community — in which the fair’s cancellation had long been anticipated because of the pandemic — there have already been conversations about special shows for the week of Art Basel, albeit without the fair and its visiting out-of-towners. 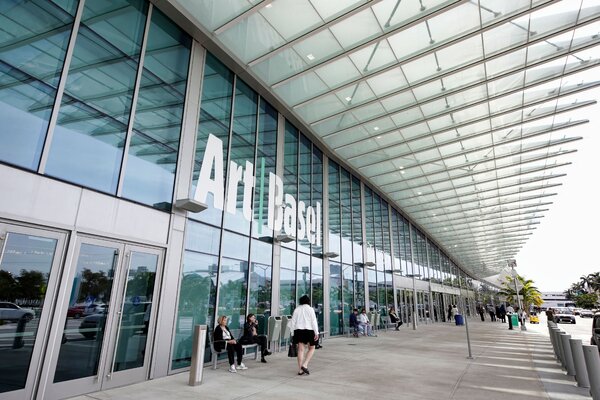 Fredric Snitzer, one of Miami’s most prominent gallery owners and a regular exhibitor at Art Basel Miami Beach, recalled the cancellation of the fair’s planned debut in 2001 after the Sept. 11 attacks.

Miami’s own artists soldiered on then, Mr. Snitzer said. The most notable example was a Robert Chambers-organized exhibition, “Globe>Miami<Island,” at the Bass Museum of Art in Miami Beach. A who’s who of local figures who had first begun working in the 1970s and ’80s — among them Karen Rifas, Salvatore La Rosa, Robert Thiele and Purvis Young — showed new pieces alongside a budding crop of young talent, including Bhakti Baxter, William Cordova, Naomi Fisher and Julie Kahn.

It was a coming-out party for a Miami art scene that had, until then, been overshadowed — and an affirmation that there was indeed an impressive homegrown roster that could hold its own against the out-of-town competition.

Then and now, Mr. Snitzer said, “the local community will be celebrated, will understand the value of itself and that there are things here which are significant and can be put on a world-class stage.”

And if that stage is far smaller than at any time before, with masking and strict distancing measures? All the better, he said.

“Instead of going to a big opening with 100 people and not having the opportunity to walk up to a painting and really stare at it for 20 minutes, suddenly that’s all that you can do,” Mr. Snitzer said. “The ability to commune with the work, perhaps talk to the artist or the dealer, that’s what the art world used to be. For me, that’s a huge plus.”