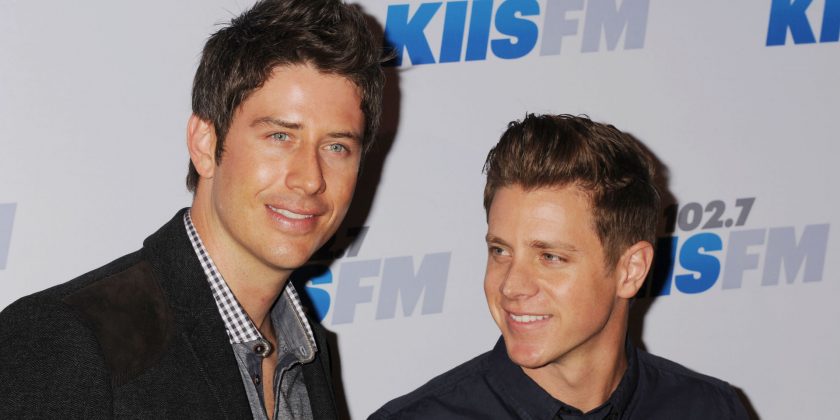 In the age of social media, even the most flippant comments can come back to haunt us. No one knows that better than contestants in the Bachelor Nation franchise, whose social media activity is often researched by fans and used against them. However, sometimes the contestants themselves clap back at old comments left by their critics and rivals. On Wednesday, Arie Luyendyk Jr. clapped back at his Bachelorette rival, Jef Holm, who posted a shady comment about Luyendyk Jr.’s commitment to finding true love on the day of his Bachelor premiere.

On Jan. 1, 2018, Holm tweeted, “Doesn’t matter who gets out of the limo…I’ll give 5k to the charity of @chrisbharrison’s choice if @ariejr lasts 1 year with anyone.” Ouch. This comment preceded quite the scandal in Luyendyk Jr.’s season of The Bachelor, after he proposed to final rose winner Becca Kufrin and then, during a televised break-up segment, confessed that he’d chosen the wrong woman and that he actually wanted to be with runner-up Lauren Burnham.

A year later, Luyendyk Jr. and Burnham are expecting their first child together and have plans to get married on Jan. 12 in Hawaii. Thus, Luyendyk Jr. took the opportunity to fire back at Holm, quote-tweeting his year-old comment and adding, “Pay up @jefholm… Put that trust fund money into something positive instead of bottle service. Asshole.”

People reports that, as of Thursday, Holm has yet to respond publicly to Luyendyk Jr. taking him to task. The two men made it to the final two on Emily Maynard’s 2012 season of The Bachelorette, with Maynard ultimately choosing Holm. They broke off their engagement a few months later and then, some months after that, Luyendyk Jr.’s and Holm’s friendship fizzled out, too.

Following Holm’s tweet last year, Luyendyk Jr. went on Access Hollywood, where he said Holm was “throwing a lot of shade, but we haven’t talked in four years since Sean [Lowe’s] wedding.” He added, “I have no clue [why Holms is so bitter]. That’s kind of a question for him more than me. I have so much to concentrate on with this and I’m just trying to stay positive. Negativity is, you know. I’m just concentrating on me.”

Whether or not Holm will hold up his end of his own tweet remains to be seen, but it’s definitely clear that one year later, Luyendyk Jr. isn’t afraid to call out the people who doubted his commitment.