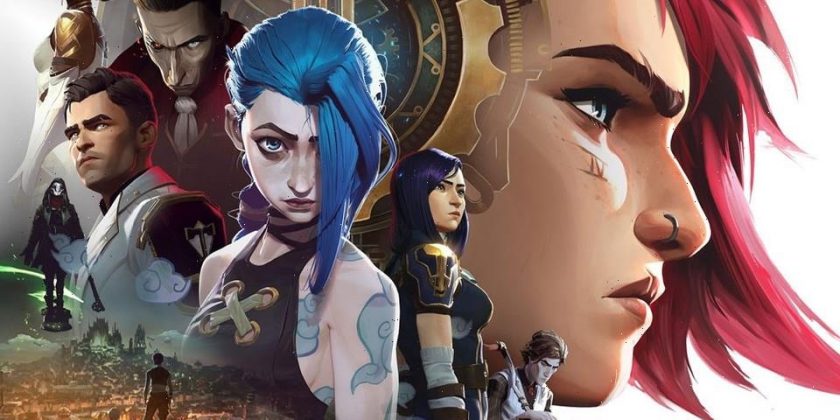 Arcane, an animated series based on Riot Games‘ League of Legends, debuted in 2021 on Netflix with an impressive average Rotten Tomatoes audience score of 96 percent. The first season explored the complex relationship between the utopian city of Piltover and the underground nation of Zaun — the lands in which familiar champions such as Vi, Caitlyn, Jayce, Silco, and Jinx call home. Much to the delight of both LoL players and casual viewers, the show far surpassed expectations as it dove deep into the lore behind the popular video game.

Over the weekend, Arcane was recognized for its efforts, securing an Emmy award for Best Animated Program, the first streaming series to do so. It was episode 6, “When These Walls Come Tumbling Down,” which took home the achievement. Other contenders for the award included fellow streaming-exclusive show, Marvel‘s What if…? as well as popular sitcoms such as Rick and Morty and The Simpsons.

“Thank you for this. It’s a big deal for us as we come from video games. It’s been amazing to see the world embrace our characters and our stories so thanks to Netflix who believed in us from the beginning, thanks to Riot Games, who worked on the whole IP… and to all the people that have been with our game and League of Legends for the last 12 years or so who helped make it as big as it is now,” said Arcane co-creator Christian Linke on behalf of the team via Deadline.

The second season of Arcane is currently in the works with a release date yet to be announced. In the meantime, Riot has released a miniseries titled Bridging the Rift which walks through the creative process behind the series.