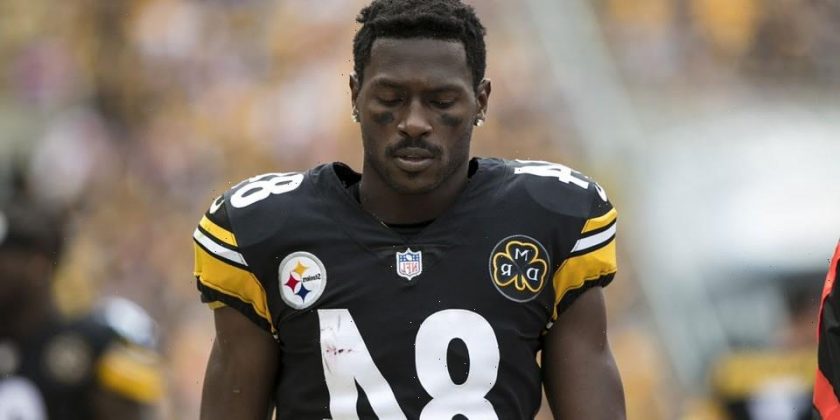 Former All-Pro NFL wide receiver Antonio Brown has recently appeared to shift his football priorities to his new found venture with Donda Sports and the release of his new album in April.

While football may no longer be at the top of mind for Antonio Brown, the WR recently stated in a Twitter post that he wants to retire as a Pittsburgh Steeler. While retirement seems to be on his mind, he wanted to clarify that he does not want to play and only wants to “Retire A Steeler.” Brown spent his first nine NFL seasons as a Steeler. During his time with Pittsburgh, Brown was also a seven-time Pro Bowler, four-time All-Pro and a member of the Hall of Fame All 2010s team. He later forced a trade that ended his Steelers tenure and joined the Raiders, then the New England Patriots in 2019. He later joined the Tampa Bay Buccaneers for one season winning the Super Bowl, before he stormed off the field during a game and was formally released by the franchise.

According to his Tweets, Brown might just be ready to let go of his NFL career. It remains to be seen if the Pittsburgh Steelers will sign Brown for ceremonious purposes.

In other sports news, Logan Paul plans to take Floyd Mayweather to court for not paying him for the 2021 fight.
Source: Read Full Article