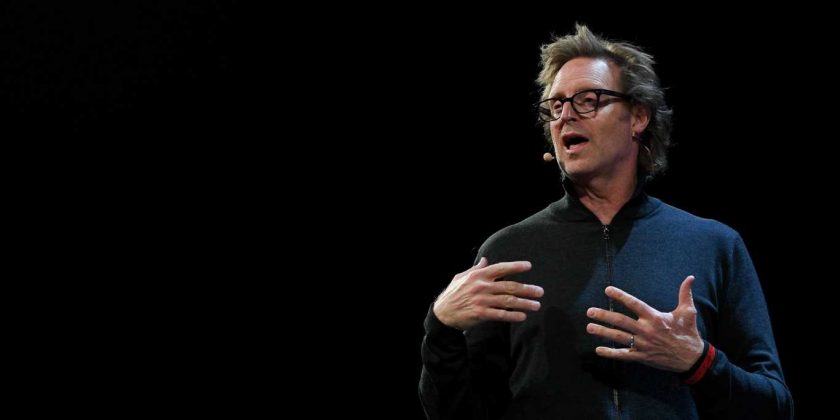 Amazon is trying to make “Good Omens,” a mini-series about the son of Satan and the end of the world, its first big event series of 2019.

The show, based on a 1990 book by Neil Gaiman and Terry Pratchett, has been promoted at every major pop-culture event for the last nine months. A replica of the angel Aziraphale’s bookshop from the series popped up at New York Comic Con last October. Witchfinders, hellhounds, a choir of nuns, and other harbingers of the apocalypse descended on Austin, Texas during the South by Southwest festival in March. In London, there was an escape room inspired by the series. And, in New York last Thursday, singing nuns took over Times Square while giant tentacles loomed on billboards behind them, to celebrate the show’s premiere on Amazon on May 31.

“We’re creating this event where we’re simulating that the end of the world is coming on May 31st,” Michael Benson, who joined Amazon in 2015 and heads up marketing for the studio business, told Business Insider. “Whether it’s through social, real-life activations, street teams, traditional media, television, we’re trying to surround people with messages.”

The weighty marketing push is an omen of things to come at Amazon Studios under the leadership of boss Jennifer Salke, whojoined the company from NBC Entertainment last February. The studio is making big investments in series like “Good Omens” that are broadly accessible, Benson said.

“Good Omens” was picked up by Salke’s predecessor, Roy Price, but finished under Salke’s team, which includes co-heads of TV, Albert Cheng and Vernon Sanders.

“What you’re starting to see now is the impact that Jen and her team have had on really crafting these programs,” Benson said. “There’s much more to come, but this is really, I think, the beginning of it.”

Amazon — unlike competitors including Netflix, Hulu, HBO, and Apple — has been relatively quiet in 2019 as Salke and her team work to turn the studio around. Amazon has released only a handful of series this year, such as “Hanna,” which Amazon promoted with a TV commercial in the Super Bowl in February, and “The Widow,” a coproduction with ITV that fell largely under the radar.

The studio, in the Salke era, isn’t trying to be a home for all TV and film, as Amazon’s e-commerce site is for almost any product imaginable. Salke’s team is being picky about the TV shows and movies they develop and promote. They’re focused on projects with timely themes and emotional pulls that can attract broad audiences.

“We do not want to become just a supermarket of content,” Benson said. “We want to find content that’s differentiated and makes a deeper, more emotional connection to our customers.”

A big push for ‘Good Omens’

“Good Omens” fits into that vision. It is the story of two opposites, an angel and a demon, who come together to solve a big problem, the impending apocalypse. Amazon made a “significant investment” in marketing the show because of its broad themes, existing fanbase for the book and its authors, as well as its stellar cast and crew including Michael Sheen, David Tennant, Jon Hamm, and director Douglas Mackinnon, Benson said.

“We look at the slate of shows that we have and try to determine what the overall audience interest is going to be,” Benson said. “We’re putting a lot of marketing weight behind it.”

Some of the other upcoming series that will get big campaigns from Amazon are “The Boys,” about vigilantes who take on corrupt superheroes; the fantasy show, “Carnival Row;” “Modern Love,” an anthology series inspired by the New York Times column; and new seasons of “Jack Ryan” and “The Marvelous Mrs. Maisel.”

The “Good Omens” campaign is also a testament to how Amazon is flexing its marketing muscle to attract top talent. The project wasdeeply personal to Gaiman, the writer and showrunner, who made the series in honor of the late Pratchett. After working with him on “Good Omens,” Salkesigned Gaiman to an overall deal.

“We want them to feel like we are the best home for talent,” Benson said. “That they can come here, do great work, and feel supported not only on the development side but also on the marketing side.”

Read more:Neil Gaiman describes making ‘Good Omens,’ one of Amazon’s most ambitious TV series and the famed author’s most personal

Netflix, Amazon’s top competitor in streaming video, has also been spending more on marketing original programming, as it works with bigger showrunners like Shonda Rhimes and Ryan Muprhy, and stars like Will Smith and Sandra Bullock. Netflix spent about $2.4 billion on marketing in 2018, 70% more than the year before. Yet, a narrative has still emerged in the media and investment community that Netflix has been releasing so much content that it’s hard for people to watch it all. The company has started experimenting with things likeweekly lists of the top 10 titles in markets to give people ways of finding movies and series on Netflix, on top of the platform’s recommendations.

Making and measuring the campaign

Benson said he will measure whether Amazon’s investment in marketing “Good Omens” paid off based on how many people sign up for Prime to watch the series, how many Prime members watch the show who weren’t watching Prime Video before, and whether the show leads people to watch Prime Video more often. He’ll look at metrics like the number of users that stream a show, how many episodes they watch, customer reviews and ratings, and the social conversation around a series.

Amazon decided to give “Good Omens” a big push after seeing the finished episodes.

The campaign,like others from Amazon for shows like “The Marvelous Mrs. Maisel,” was designed to live in the world of TV series.

One element that went viral was a choir of Satanic nuns who sang songs from the band, Queen, and original works, a cappella. The nuns were inspired by an order from the book, and performed in places like Austin, Texas, New York, and London. They also made a music video and recorded an album. At their peak, social posts featuring the nuns averaged around 176,000 impressions, Hal Kirland, the creative director behind the nuns from Tool of North America, told Business Insider.

“There have been a lot of things that have organically grown out of the book, and now the series, into our marketing,” Benson said. “It feels like this big cohesive piece that has less to do with a show and marketing, but really creating a bigger experience for people who are interested in coming to watch it.”