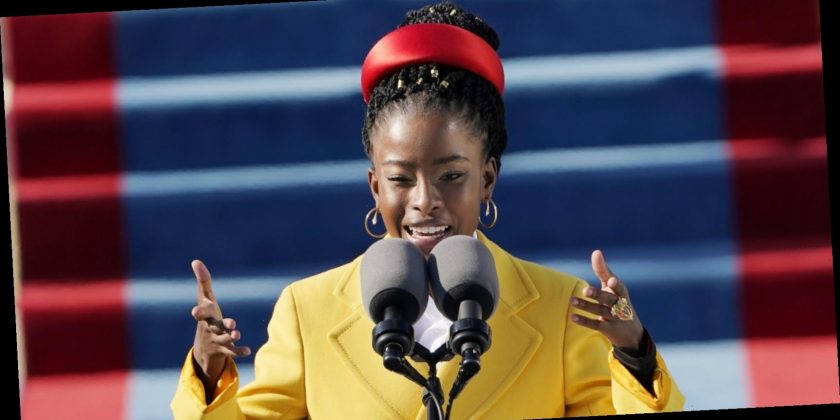 America’s National Youth Poet Laureate, Amanda Gorman, has tweeted about “the reality of Black girls” after allegedly being followed by a security guard.

Last year, the world was introduced to Amanda Gorman at Joe Biden’s inauguration. She was America’s first ever National Youth Poet Laureate and the youngest poet ever to perform at a presidential inauguration. Her poem, titled The Hill We Climb, was a rousing call for unity just weeks after armed insurrectionists stormed the US capitol. With her words, Gorman painted a picture of the country Biden and Harris’s administration is inheriting – but spoke of hope for the country and its future.

“We will not march back to what was, but move to what shall be: a country that is bruised but whole, benevolent but bold, fierce and free,” she said.

The global audience was so captivated, moved and inspired by the young poet’s wise words, that The Hill We Climb has now been published with a foreword by Oprah Winfrey. ‘The Voice of a Generation’ is a label that’s given to people far too freely these days, but Gorman’s voice truly is one that we need in 2021.

That’s why it’s essential we listen to her latest thread of tweets about her experience of allegedly being followed home by a security guard.

“A security guard tailed me on my walk home tonight,” she wrote. “He demanded if I lived there because ‘you look suspicious.’ I showed my keys and buzzed myself into my building. He left, no apology.

“This is the reality of Black girls: One day you’re called an icon, the next day, a threat.”

In another tweet, she continued: “In a sense, he was right. I AM A THREAT: a threat to injustice, to inequality, to ignorance. Anyone who speaks the truth and walks with hope is an obvious and fatal danger to the powers that be.”

In sharing this experience, Gorman re-shared a tweet she posted in February in reference to an incident in Rochester, New York. She wrote: “We live in a contradictory society that can celebrate a Black girl poet and also pepper spray a nine year old. Yes see me, but also see all other Black girls who’ve been made invisible. I cannot, will not, rise alone.”

The tweets have, of course, been shared tens-of-thousands of times by people who stand by Gorman’s message. “Let this story sink in,” Mark Keam, a state legislator in Virginia, tweeted. “And realise how – while I’m glad it ended safe for @TheAmandaGorman – this type of confrontation is an every day occurrence for millions of our fellow Americans.”

You can find 17 UK anti-racism charities and organisations that you can support right now here.