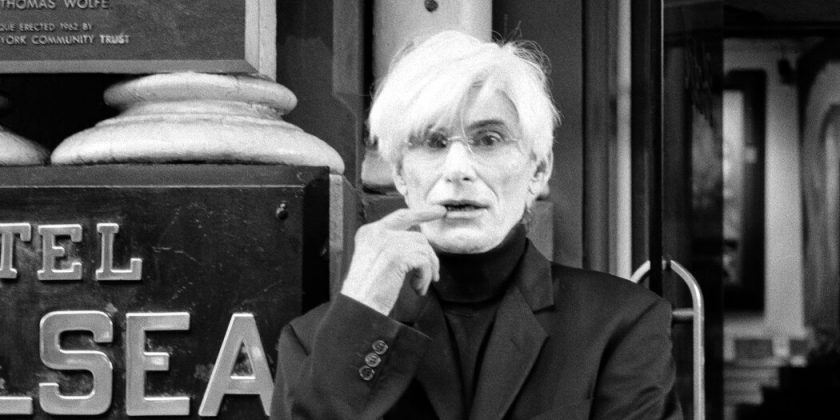 His name was Allen Midgette, and he was an actor recruited by Warhol to impersonate him on a lecture tour, in one of the odder episodes of Warhol’s era-defining career.

Mr. Midgette, his hair painted and powdered silver-white and his face covered with pale makeup, passed himself off as Warhol at several colleges with Warhol’s blessing, fielding questions after showings of Warhol films, though rarely answering them with anything specific. Whether the stunt was a simple prank or a piece of Warholian performance art commenting on identity and media manipulation has been debated ever since.

Mr. Midgette died of cardiopulmonary disease, said Raymond Foye, an arts writer and curator who also was his health care proxy. He was 82.

Mr. Midgette pulled off his impersonation at a time when Warhol’s reputation had begun to spread beyond New York City but when, to most of America, he was still more of a vague concept than a recognizable personality. That aided Mr. Midgette when he embarked on a tour billed as illustrated lectures on “Pop Art in Action,” especially when it came to answering those audience questions.

“The one thing I knew about Andy was, you could answer any question any way you liked and it would be fine,” he said in an interview Mr. Foye conducted for an issue of Gagosian Quarterly last year. “It might not have been the same thing he would say, but it would make as much sense.”

Reporters for the student newspaper at the University of Utah, The Daily Chronicle, were apparently the first to confirm that the man who had spoken to a large crowd there in October 1967 was not Warhol. Mr. Midgette’s appearance had left many in the audience disgruntled, some art faculty members were suspicious, and a few weeks later when a photographer from New York who knew Warhol was on campus and was shown photographs of the speaker, he is said to have remarked: “That’s not Warhol. He’s too young and too good-looking.”

In January 1968, The Chronicle ran an article bearing the headline “Phony Warhol Suspected, Film Reveals Hoax on U.” A few days later, The Eugene Register-Guard (Mr. not-Warhol had also appeared at the University of Oregon in that town) got Warhol to admit the ruse and explain it, sort of.

“He was better than I am,” the artist said. “He was what the people expected. They liked him better than they would have me.”

A minor furor resulted once the deception had been exposed, with some of the institutions miffed about the speaker fee they had paid. Mr. Midgette, at least, drew some insight from the episode, noting that even people he encountered on the lecture tour who had met the real Warhol were taken in.

“It made me realize how, in life, people just presume a lot of things,” he told Mr. Foye. “Just because you’ve met Andy twice, does it mean you remember exactly how he looked, and how he would look under different circumstances? If you’re being told it’s Andy and everyone else is accepting it, you’ll go along with that. It shows you how people just aren’t very curious about what’s in front of them.” 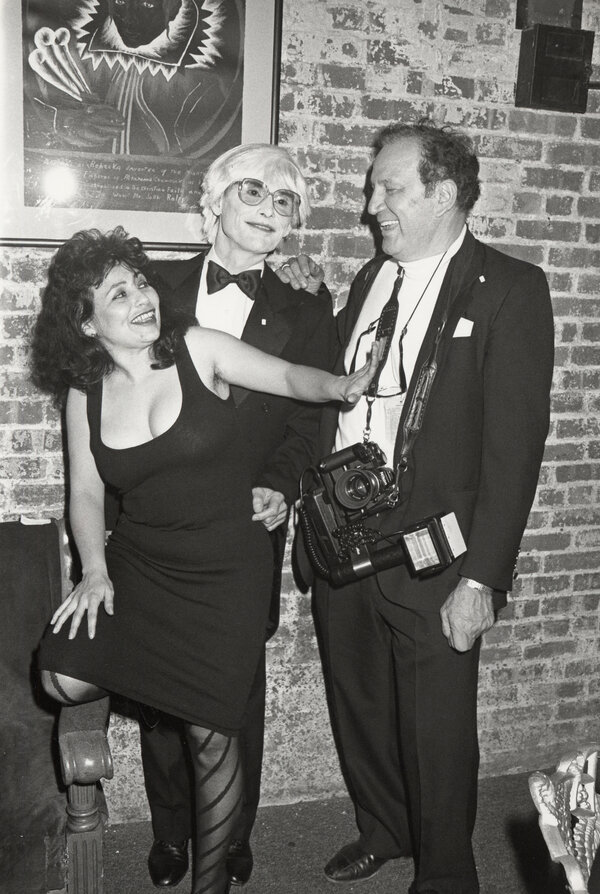 Allen Joseph Midgett — he added an E to the family name later — was born on Feb. 2, 1939, in Camden, N.J. His father, Jarvis Midgett, was a ship captain with the Army Corps of Engineers and later a harbor master in North Carolina, and his mother, Dorothy (Jones) Midgett, was a homemaker.

As a young man he lived in New York and studied acting, “though classes only taught him to be more neurotic about acting,” a 2006 profile in the journal Chronogram said. He auditioned for the role of Tony in the 1961 film version of “West Side Story,” according to that article, but ended up as an extra.

He lived in Italy for a time and acted in several movies there, including Bernardo Bertolucci’s “The Grim Reaper” (1962, the director’s first feature) and “Before the Revolution” (1964). By 1965 he was back in New York and working at Arthur, the Manhattan discothèque, which is where, that year, he met Warhol, who had seen him in “Before the Revolution” and invited him to make films with him. Mr. Midgette became part of the scene at the Factory, Warhol’s studio, although he told Chronogram that he had not been as immersed in it as some of Warhol’s superstars.

In early 1967, he said, Paul Morrissey, Warhol’s assistant and filmmaking collaborator, approached him with a request: Would he go to the Rochester Institute of Technology the next day and pretend to be Warhol at a showing of one of his films? The $600 Mr. Morrissey offered sealed the deal.

“I knew Andy well enough to know I didn’t have to worry about talking too much, because he didn’t,” Mr. Midgette said. “And I knew I could deal with people much more easily than he could, because I did.”

Mr. Morrissey accompanied him to help keep the ruse on track. The deception went over well enough that Mr. Midgette was then booked for a four-stop tour of Western colleges: the University of Utah, the University of Oregon, Montana State University in Bozeman and Linfield College (now Linfield University) in McMinnville, Ore.

In Bozeman, students gave him a tour of local apartments and studio spaces and tried to talk him into moving there. In Eugene, students asked him to autograph their draft cards. The Register-Guard reported that after that appearance, enrollment in a class on underground films at the university had jumped to 350 from 65.

Mr. Midgette also appeared in Warhol films, including “The Nude Restaurant” (1967) and “Lonesome Cowboys” (1968). And he continued to don the Warhol disguise occasionally, even playing Warhol in a 1991 Italian movie, “Suffocating Heat.” His acting career, though, was limited. In his later years he made artworks of various kinds.

Mr. Midgette is survived by a sister, Sylvia Taylor. A brother, Jarvis, died at 20 of a football injury.

Although Mr. Midgette sometimes made use of his reputation as Warhol’s double, in the Chronogram interview he expressed ambivalence about his best-known role.

“I helped Andy become recognized,” he said, “but he helped me to remain unrecognized.”