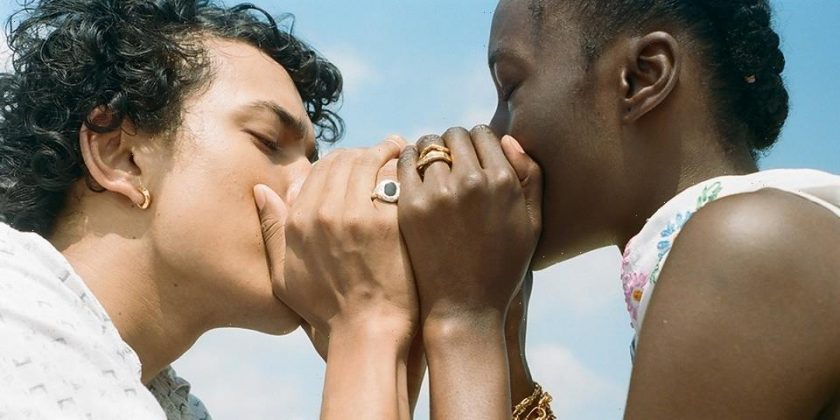 Over two years since its first menswear-focused collection, jewelry label Alighieri has returned with the second installment of Alighieri MAN. Titled “The Lost Day,” the collection introduces new styles and elements onto the brand’s signature jewelry shapes.

A particular influence throughout this collection is an examination of heroism, with Rosh Mahtani, Alighieri’s founder and designer, asking the question “what is the definition of heroism?” This starting point was translated into a series of symbols — an old dice, mountain crevice, medieval sword and Roman key — which feature throughout the collection. As Mahtani explains, “[They] work together as a hero’s toolkit of strength and courage for challenges both physical and mental.”

The theme is also translated into the collection through the use of Rhodium plating, which gives items a darker appearance that changes over time. While items will begin in dark black, they will change into lighter oil tones as they are worn. “This state of flux represents the fact that the hero’s journey is never linear,” explains Mahtani. “Much like with Dante’s epic voyage from the dark wood to the light, each of us faces moments of profound darkness along the way.”

The four symbols and the Rhodium plating are used throughout the collection’s range of medallions, bangles, bracelets, earrings and “anti-signet rings.” Speaking about the latter, Mahtani discusses its inspiration, “The “anti-signet ring” was born out of not having a family crest,” she explains. “Longing to belong, I created our own. This is at the heart of what we do at Alighieri, we create a space for everyone to belong and to tell their own story.” Additionally, items come crafted from sterling silver, all sporting Alighieri’s signature rough textures.

Alighieri second men’s jewelry collection is available for pre-order now from its web store. Earlier this year, we also shone a spotlight on a new wave of jewelry designers.
Source: Read Full Article