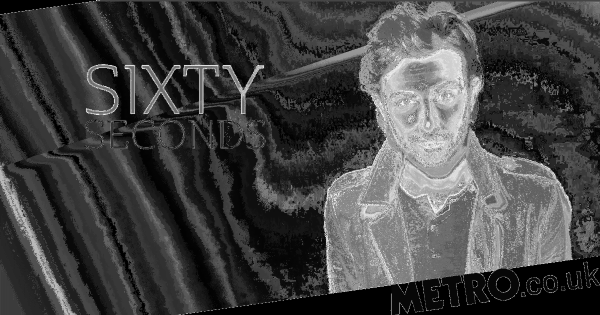 Alex Zane has dished all on his love of film, dressing up to perform Mary Poppins and his wedding that never was.

The presenter and comedian, 41 – who once performed Supercalifragilisticexpialidocious at a musical comedy night dressed as Mary Poppins, as you do – has recorded an audio tour highlighting the best of Leicester Square, which celebrates the history of cinema.

Leicester Square is the heart of cinema in the West End and I love the fact they are really celebrating the history of film.

And you’ve recorded an audio tour?

Yes. I’ve never recorded an audio tour before and it was nice to do it – guiding people around these statues telling them why they deserve their place in Leicester Square.

It’s the perfect time to have something that celebrates cinema in the middle of London. It’s quite relaxing and hopefully people will enjoy it.

Which of the eight statues is your favourite?

I honestly love Mary Poppins. I’m not the biggest fan of musical cinema but she’s a wonderful character. I know all the songs off by heart. I once performed Supercalifragilisticexpialidocious at a musical comedy night dressed as Mary Poppins.

It was only after I committed to it that I realised there are two parts to it – Mary and Bert – and there’s no pause for breath between them. I had to sing both parts and I nearly died because I couldn’t breathe by the end.

Have you always been a movie buff?

I remember when I fell in love with cinema – I was six years old. I demanded that my mum let me watch Jaws. She refused and refused and I finally persuaded her to let me watch it. I remember her telling me, ‘Don’t say I didn’t warn you.’

As a result of watching Jaws aged six I’ve never been in the sea since then – it had such a pronounced effect on me. I’m part of that generation that Jaws ruined the sea for them. There was a period when I couldn’t have bubbles in the bath. I needed to see the bottom of it because of sharks!

What was the last film you saw at the cinema?

It seems so long ago, I can’t remember! I did go to the BFI to watch Virtuosity. They were doing a replay of the old Russell Crowe/Denzel Washington sci-fi movie, which is famously terrible. I thought I’d go and experience it on the big screen because that’s the kind of masochist I am.

What film have you been most excited about lately?

It was really exciting to see Tenet. I was pleased Christopher Nolan and Warner Bros were one of the first to open a big movie in the hope it brings people back because I’m a huge fan of watching film in cinema – there’s nothing quite like the ceremony of going into a darkened auditorium, the lights going down and the screen lighting up. It’s wonderful. It is important that we do return because as an industry it’s certainly struggling.

What about your favourite film so far this year, then?

Gosh. I did really like Bad Boys For Life. You never expect a third movie in the series to possibly be the best and I think Will Smith is great. The Invisible Man was fantastic as well.

Quickly, off the top of your head, what are your top five films of all time?

Jaws. Fight Club, Aliens. Then it’s Smokey And the Bandit – that will raise some eyebrows but there’s a lot of nostalgia for that movie in my life. I love Burt Reynolds. Meeting him was a very special moment for me.

My final one – let’s roll the dice – would be The Blues Brothers. I love that movie.

You are a Leeds lad. Do you get home much?

Glorious Leeds! I do go back regularly, it’s nice to go home and see my mum. I’ve still got my own bedroom but it’s missing all the Nirvana posters, which she’s taken down in my absence – without my permission, to be perfectly honest!

Didn’t your wedding get cancelled this summer because of lockdown?

I was one of the many people whose wedding got cancelled. We’ve moved it to next year. The only silver lining was that on the day of the wedding – we were having it in a pub beer garden with no cover – it absolutely p***ed it down. We’d gone from that heatwave to torrential rain. But we did sit there watching the deluge and think, ‘Well, that’s all right, then – fate probably had a hand in this.’

How was the rest of lockdown, though?

The dog definitely enjoyed lockdown. He’s called Simon and he thought it was great news – he thought I was at his beck and call.

For more on Scenes In The Square, visit leicestersquare.london.

MORE: Sixty Seconds: Claire Sweeney on working with Patrick Swayze and how lockdown has changed her

MORE: Sixty Seconds: Richard Armitage on his ‘tricky’ lockdown, The Hobbit and working as an estate agent before acting