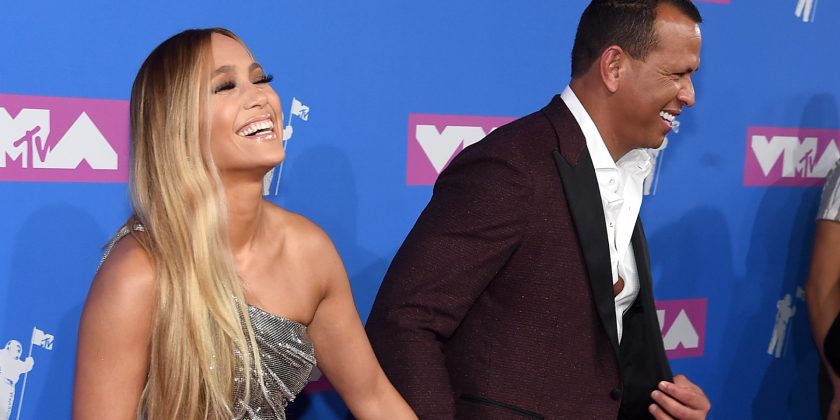 We love a good prank – and when it’s Alex “A-Rod” Rodriguez pulling an epic one on girlfriend Jennifer “Jlo” Lopez, well, you can’t get much better than that.

Over the holiday weekend, Rodriguez revealed via Instagram that he’d enlisted famed “master mentalist” Lior Suchard to help pull a fast one on Lopez. In a video the former baller posted Saturday, Suchard can be seen leading Lopez around a table full of people (including Rodriguez). After tapping each person at the table, Suchard snaps his fingers and – bam! – everyone’s heads slam down on the table.

A visibly shocked Lopez can be heard repeatedly stifling the words, “What the?!” Until, that is, the guests start laughing hysterically. To her credit, Lopez joined right in upon figuring out she’d been duped.

Psyche! . Thanks to my good friend ‘Master Mentalist’ @liorsuchard for helping us have a little fun with @jlo tonight. #GoodSport

Lopez wasn’t the only good sport, though. Rodriguez gave his girlfriend a break long enough to put himself in the hot seat, allowing Suchard to hand him cue cards to read. In videos shared on Instagram by Lopez, Rodriguez can be seen struggling to read simple words such as “I love you” and “darling.”

This clearly delights Lopez – as well as Rodriguez’s children, who can be heard in the background playfully poking fun at their dad. Although we may never know what it was about those cards that made Rodriguez comically fumble over his words, Lopez did suggest in her caption that Suchard orchestrated the confusion.

“I’m sorry WHAT??!!! @liorsuchard is the most amazing mentalist!! We had the most amazing time watching him do what he does the way only he can!! If you don’t know about him… you need to!!” she wrote, adding a few “mind blown” emoji for good measure.

I’m sorry WHAT??!!! ?? @liorsuchard is the most amazing mentalist!! We had the most amazing time watching him do what he does the way only he can!! If you don’t know about him… you need to!! ???

C’mon, could Lopez and Rodriguez be any cuter?

Per Suchard’s IMDB bio, he is “one of the world’s most renowned and critically acclaimed mentalists and supernatural entertainers.” His show, Supernatural Entertainment, has debuted to sold-out audiences in more than 50 countries around the globe.

Not surprisingly, he has more than a few famous fans. In June, Kim Kardashian West booked Suchard to perform at husband’s Kanye West’s 41st birthday. In videos of the event shared by Kardashian West, Kanye – along with some high-profile friends – appear to be blown away by Suchard’s slight of mind.

Even Barbra Streisand is in awe, according to the mentalist’s website. “There really are things which defy explanation,” the music icon is quoted as saying. “When I first experienced Lior’s mental gifts, I knew I was in the presence of someone extraordinary. Each time our paths cross, I’m more and more fascinated by how he does what he does.”