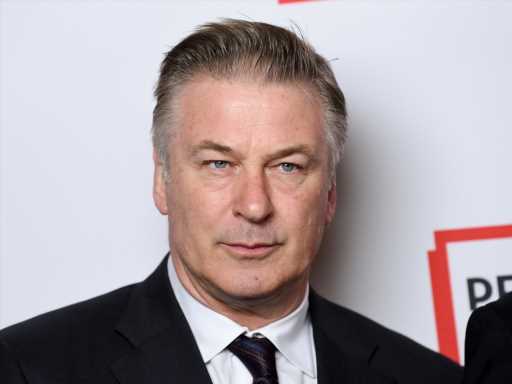 It’s been six weeks since Alec Baldwin fatally shot cinematographer Halyna Hutchins and wounded director Joel Souza on the set of Rust. The accident was a tragedy that should never have happened, but it looks like the emotional toll of that moment in time is wearing on the actor.

In an upcoming interview with ABC News’ George Stephanopoulos, Baldwin appears exhausted and understandably emotional with heavy bags under his eyes that show how it has affected his mental health. Even in describing Hutchins, calling her “someone who was loved by everyone who worked with [her] and liked by everyone who worked with [her], and admired…,” he breaks down into heavy sobs. He continues in the preview clip, “I mean, even now I find it hard to believe that [she’s gone]. It doesn’t seem real to me.” It’s evident that the Saturday Night Live star is living every performer’s worst nightmare and there is no escape from the hell that day brought for everyone on set.

Stephanopoulos is asking the difficult questions that we all want answers to because it’s obvious that many safety measures were overlooked. “How do you come to terms with that?” the journalist asks Baldwin about knowing that his crew member died at the hands of the gun he was holding. We probably all know that a traumatic event like that never leaves you — and it’s evident that the former 30 Rock actor is reliving that moment over and over again in his head.

And there’s one haunting image in the video where Baldwin admits that this is the worst thing that ever happened in his life because he’s now stuck in the “what if” stage of grieving. He somberly shares, “I think back and I think of what could I have done?” The investigation is ongoing as law enforcement works to unearth how the bullet got on set and why so many necessary protocols were not followed. For Baldwin, he’s probably aching to change the outcome of the tragedy.

Alec Baldwin Unscripted airs Thursday, Dec. 2 at 8 p.m. ET/7 p.m. CT on ABC and will be available on Hulu later that evening.