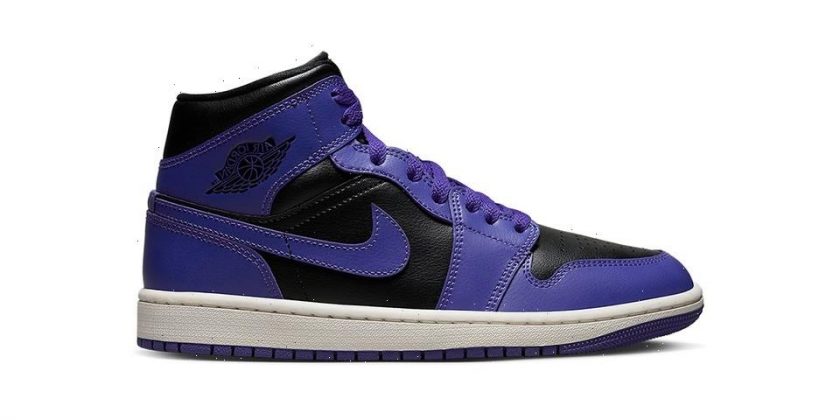 Jordan Brand has a penchant of taking its classical color schemes and distributing them to various models in its catalog. One theme that is often pushed to the frontlines is the “Court Purple” vibe which has appeared on silhouettes like the Air Jordan 13, Air Jordan 3, Air Jordan 1 Retro High OG and more, and now the Air Jordan 1 Mid is getting its chance to show off the signature palette.

The two-toned presentation of these J’s would certainly align with Sacramento Kings fans. While there’s no official association with the Northern California NBA squad, it’s “Court Purple” Swooshes, overlays and ankle flaps match up perfectly with the team’s primary color. Sitting adjacent to that are blotches of black which show up on the perforated toe boxes, quarter panels ball-and-wings logos and collars. Down below, the sneakers are prepared with eggshell white midsole pieces while the outsoles are dyed in a matching “Court Purple” hue.

No release info has been announced for these just yet, but it’s likely that Nike will be releasing these in the coming months.

For other sneaker news, the Jordan Luka 1 “Quai 54” colorway has been unveiled.
Source: Read Full Article