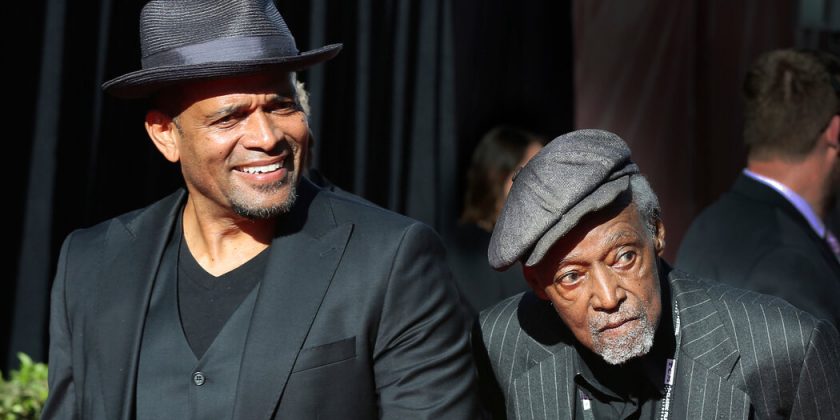 A half-century after its premiere, Melvin Van Peebles’s musical “Ain’t Supposed to Die a Natural Death” is heading back to Broadway.

The producer Lia Vollack said Tuesday that she is putting together a revival with the collaboration of the creator’s son, Mario Van Peebles, and under the direction of Kenny Leon. Vollack said she expects to present the revival on Broadway next year.

The musical, which began a nine-month run on Broadway in 1971, is constructed as a series of monologues, often vivid and confrontational, about Black life in a low-income neighborhood. Nominated for seven Tony Awards (but winning none), the show seems to anticipate both the confessional and personal style of musicals that followed, and the poetic spoken-word sounds of rap and hip-hop.

Melvin Van Peebles wrote the show’s book, music and lyrics. Bill Duke and Garrett Morris were in the original cast, and Phylicia Rashad was a standby.

Leon has long been enamored of the musical, which he performed in while a student at Clark Atlanta University.

“It was so visceral, and so strong, and so powerful,” he said. “It gives voice to people who we normally don’t hear on a Broadway stage, and if we do hear them, we don’t hear their truth, we just hear their suffering.”

Leon said the renewed focus on diversity and equity following a series of deaths of Black Americans in encounters with police catalyzed the production.

“Right after everything that happened last year, I talked with Lia, and she said, ‘What do you want to do?’” Leon recalled. “I said, ‘I would love to do “Ain’t Supposed to Die a Natural Death” — I think it’s my life’s calling to do that play,’ and she said, ‘Let’s do it.’”

Leon said the challenge facing his production would be “How do you marry the ’70s to the post-George Floyd moment in an artistic way?” He added, “Nothing about it is going to feel like a museum piece. My goal is to make the audience feel as if the play is new.”

Perhaps best known as a film director, Melvin Van Peebles also wrote plays, novels, music and journalism. Mario Van Peebles, an actor who is being billed as the revival’s creative producer, said in an interview that he considers the musical (which he saw on Broadway when he was 14) his father’s best work.

“It was a transformational experience — I saw people of all colors coming in, some who had never been to a theater before, and many who had, and some laughed, and some cried, and some applauded, but everyone was somehow changed,” he said.

Mario Van Peebles said that throughout his life, people have told him that “Ain’t Supposed to Die a Natural Death” was ahead of its time, and that he has been eager to revive it while his father, who is now 88, is still alive.

“Americans now have better tools to understand each other than we did before,” he said. “In a way, America has caught up, and the language and the tools that were once inner-city are now part of our culture.”

The New York Times, for one, gave the original production a mixed review.

“Whites can only treat ‘Ain’t Supposed to Die a Natural Death’ as a journey to a foreign country,” the critic Clive Barnes wrote, “and on those terms I think it has the power to shock and excite.” (The paper summed up the show this way in a sub-headline: “Blacks Move Through Gantlet of the Slum.”)

The show has occasionally been revisited over the years; in New York, there was an Off Broadway production in 2006, when a New York Times critic wrote, “the series of vignettes explodes like a round of mini-riots.”

With racial equity much discussed in the theater industry recently, “Ain’t Supposed to Die a Natural Death” becomes the seventh new production with a Black writer announced for Broadway when it reopens.

The others are a revival of “Trouble in Mind” by Alice Childress; a Michael Jackson biomusical called “MJ” with a book by Lynn Nottage; and the plays “Lackawanna Blues” by Ruben Santiago-Hudson, “Skeleton Crew” by Dominique Morisseau, and “Thoughts of a Colored Man” by Keenan Scott II, as well as an untitled play by Nottage.

Denzel Washington has told The Daily Mail that he expects a revival of August Wilson’s “The Piano Lesson” to reach Broadway next year featuring his son John David Washington alongside Samuel L. Jackson and Danielle Brooks and directed by LaTanya Richardson Jackson. The producer Scott Rudin, who has the stage rights to “The Piano Lesson,” has declined to confirm the report.