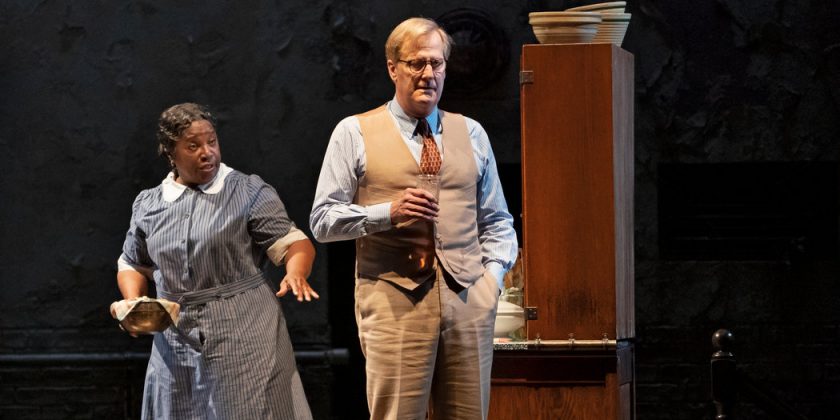 Nine months ago, the estate of Harper Lee sued a theater producer, alleging that a planned stage adaptation of her beloved novel, “To Kill a Mockingbird,” was unacceptably different from the book.

Next week, that play will open on Broadway, without many of the elements that concerned the estate, but with dramatic changes — a new narrative structure, black characters who express anger and frustration, and a running tension between civility and confrontation — that could make the story resonant for contemporary audiences.

Atticus Finch, the genteel white Alabama lawyer who agrees to defend a black defendant in a rape case, grabs a racist by the hair and threatens to break his arm. Calpurnia, the Finch family cook, questions why prison guards shoot so many times when that defendant tries to flee. And Tom Robinson, the man on trial, gives voice to the racial inequity that has always been at the heart of the story, saying to Atticus in a new jailhouse scene, “I was guilty as soon as I was accused.”

The play’s fidelity to the 1960 novel has been a matter of public controversy since the Lee estate sued in March. Shortly before she died, the novelist had authorized a leading contemporary screenwriter, Aaron Sorkin, to write the adaptation, but after her death a draft script alarmed the lawyer who represents the estate.

Following some initial fireworks — the producer, Scott Rudin, not only countersued but also offered to stage the script in a courthouse so a judge could decide — the case was quietly settled. But the dispute served as a reminder of the challenges inherent in adapting a cherished work — in this case, one that has sold tens of millions of copies.

“It has a unique role in American literature, so any person trying to adapt it is going to have their hands full,” said Joseph Crespino, a professor of American history at Emory University and the author of “Atticus Finch: The Biography.” “Whatever you do, you’re going to disappoint some people.”

Because the case was privately settled, with neither side describing the terms, and Mr. Rudin has declined to release a script, only now that the play is in previews is it possible to assess how the lawsuit — and the questions it raised about how the book’s generations of die-hard fans might view a contemporary stage adaptation — affected the play’s development. (The play could be further tweaked before it opens Thursday). 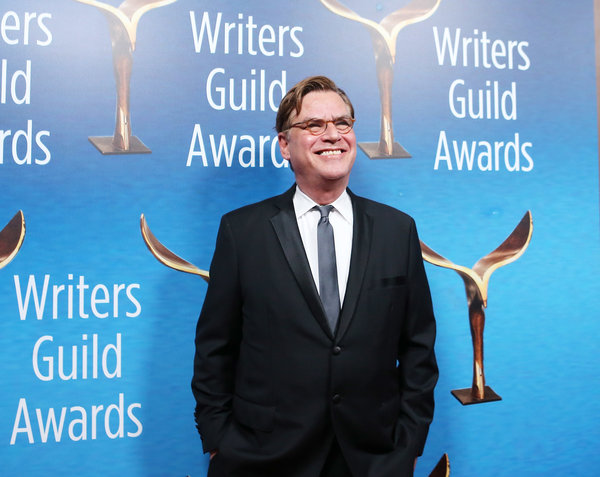 The story now being told at the Shubert Theater, starring Jeff Daniels as Atticus Finch, will be fully familiar to fans of the novel: It features the same major characters and the same main plot twists. But in ways that are both subtle and significant, the adaptation reflects changes in storytelling and society in the nearly 60 years since the book was published.

The biggest changes from the book are structural — the play uses the trial as a narrative scaffolding from which everything else hangs — but there are also shifts in thematic emphasis. In the play, other characters question Atticus’s insistence on seeing goodness in his racist neighbors (“Being polite is no way to win a war,” counters Atticus’s son, Jem), and introduces an impatient yearning for social change expressed by both Atticus and Calpurnia.

With litigation threatening the future of the production, each side made concessions, according to public remarks by the writer, Aaron Sorkin, as well as comparisons of the words now being spoken onstage with quotations from the draft script cited by the estate in a letter detailing their objections.

The production dropped depictions of Atticus drinking alcohol, keeping a gun in his house and using the name of God disrespectfully; now, as the estate wanted, he is a clean-living hero throughout, who is described in the play’s opening moments as the “most honest and decent person in Maycomb.”

And some of the specific language and plot deviations that the estate objected to were removed. For example, a once-contemplated new character — a black physician testifying at the rape trial — was dropped before the show got to Broadway. The estate had complained that the character “introduces numerous highly charged political issues into the trial.”

But the production prevailed in its insistence that the two main African-American characters — Calpurnia and Tom — have more opportunities to speak up, particularly about racial injustice and often with considerable emotion or anger, than they do in the novel.

And the production preserved the influence of Mr. Sorkin, who unlike most writers, is a pop culture figure in his own right, a distinctly contemporary writer with a penchant for rapid-fire dialogue.

The estate’s representative, Tonja B. Carter, had contended that some of the proposed new dialogue made Atticus sound “more like an edgy sitcom dad in the 21st century than the iconic Atticus of the novel.”

Some of the lines she criticized are gone, but many remain, and there are plenty of recognizably Sorkinesque touches — characters talking while walking; soaring emotional speeches by secondary characters; zingers that are witty and pointed.

In a March letter to Mr. Rudin, Ms. Carter, who declined to be interviewed for this story, objected to about 80 elements in the script; she later dropped some of those objections. Overall, it now appears, based on two visits to the show in previews, that about 40 percent of the those elements are gone.

Mr. Rudin declined to make Mr. Sorkin available for an interview. In statements by email, Mr. Rudin said many of the estate’s concerns were with an early draft of the play, and “a vast number” were inaccurate.

He said that the current production reflects “exactly the play we want to present” and that no artistic compromises were made as a result of the litigation. “A small handful of issues were simply not important to us, and out of deference to the estate’s wishes, we agreed to them,” he said.

This project — with a capitalization cost of up to $7.5 million, according to a filing with the Securities and Exchange Commission — had some particular risk factors from the start: Lee died shortly after agreeing to allow Mr. Sorkin to write the adaptation, leaving her legacy in the hands of Ms. Carter, who had already created controversy with her role in the publication of “Go Set a Watchman,” an early draft of “Mockingbird,” while Lee was in declining health.

On top of that, the production had to tread carefully in its treatment of the novel’s main themes about a child’s awakening to the realities of injustice, violence and bigotry — while at the same time attempting to stage a decades-old work that has outdated views on race and is shot through with racial slurs.

In an essay for New York Magazine, Mr. Sorkin described at first being appalled by the suggestion that the production would agree to any changes pressed by the estate, and recalled telling Mr. Rudin, “The play can’t be written by a team of lawyers.” But after being told that the play was in jeopardy, he agreed to make changes — for example, dropping scenes in which Atticus drank and cursed — in exchange for keeping the enhanced roles for Tom and Calpurnia.

“The curious part of me wished we’d gone to court so I could hear a federal judge decide what imaginary people would and wouldn’t do,” he wrote. “Instead, we were able to settle without damage to the play other than the unwanted publicity.”

Whether or not the publicity was unwanted, the dispute does not appear to have affected consumer appetite. The play has been selling out in previews, and last week grossed an impressive $1.3 million.