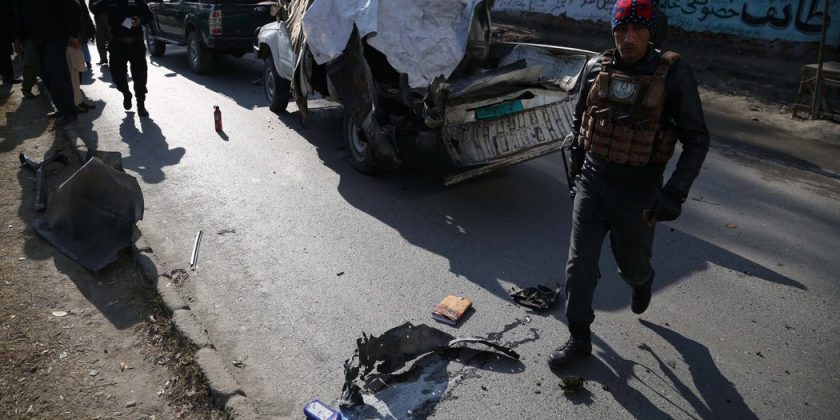 At least 51 pro-government forces and eight civilians were killed in Afghanistan during the past week. The casualties of pro-government forces and civilians decreased this week, possibly because of the cold weather in most parts of the country. The Taliban attacks were most concentrated in Kandahar Province, where insurgents carried out four attacks, killing 15 members of security forces and one prosecutor. Six police officers were killed in two insider attacks in Kandahar and Kunduz provinces. The bloodiest attack took place in Zabul Province, where 12 police officers were killed in Taliban attacks on their outposts.

Ashraf Ghani, Afghanistan's president, speaking last week at the World Economic Forum in Davos, Switzerland, said 45,000 members of the security forces had died since he took office in September 2014 — a much higher total than anyone in his government had previously acknowledged. Additionally, a new report released by the Special Inspector General for Afghan Reconstruction said that the Afghan government’s control of its country declined late last year, in terms of both territory and population.

Two children were killed when a mine exploded in Purchaman District. Local officials said they were investigating the incident.

One member of National Directorate of Security (N.D.S.), Afghanistan’s intelligence agency, was killed by unknown gunmen in Kandahar City, the provincial capital. Attackers managed to escape from the area.

A police officer was shot and killed by the Taliban in the Abdul Rahimzai village of Sholgara District while was visiting his family. The insurgents seized his weapon as well.

Three Afghan commandos were killed and two others were wounded when a roadside bomb hit their Humvee in the Juma Bazaar village of Shirin Tagab District. The Humvee was part of a military convoy of Afghan and American forces that was traveling from Faryab to Balkh Province.

The Taliban killed an army lieutenant in the second police district of Kunduz City, the provincial capital. They took him out of his house and shot him in front of his residence. In another incident, insurgents tried to kidnap a soldier, but the attempt was thwarted by police.

Four local police officers were killed in an insider attack in the Duam area of Pajnwai District. The two Taliban infiltrators who were involved in the attack managed to escape from the outpost after they killed the officers.

The Taliban attacked a security outpost in the Bodana Qala village of Sholgara District, killing six police officers and taking another prisoner. The insurgents overran the outpost and seized all weapons and equipment.

At least five police officers were killed in the Taliban attack on a security outpost in Arghistan District.

The Taliban shot and killed a police officer and seized his rifle in Kunduz City, the provincial capital.

An army lieutenant and a company commander were killed in an insider attack in the Mullah Sardar village of Kunduz City, the provincial capital. The infiltrator escaped and reunited with Taliban insurgents.

A magnetic bomb attached to a military vehicle went off in the center of Greshk District, killing one civilian and wounding four civilians and four soldiers.

A prosecutor was shot in Kandahar City, the provincial capital. He died of his wounds in the hospital.

The Taliban attacked a police outpost in the center of Chimtal District, killing two police officers and wounding four others. The remaining police forces abandoned the outpost in the morning, which was later taken by insurgents.

One civilian was killed and another was wounded when an bomb attached to a vehicle went off in Jalalabad City, the provincial capital.

The Taliban attacked and captured two police outposts in the Srkhsang area of Arghandab District, where fighting continued for more than three hours. Twelve police officers were killed. Eight others managed to escape.

The Taliban attacked a police vehicle in the Chila Mazar area of Kunduz City, the provincial capital. Four police officers were killed in an half-hour fighting between both sides.

An I.E.D. placed in a volleyball field exploded in the Barfak village of Tala wa Barfak District, killing three civilians and one Taliban member. Twenty civilians were wounded in the explosion. The village is under Taliban control.

Reporting was contributed by the following New York Times reporters: Rod Nordland and Fatima Faizi from Kabul; Najim Rahim from Mazar-e-Sharif; Taimoor Shah from Kandahar and Zabihullah Ghazi from Jalalabad. 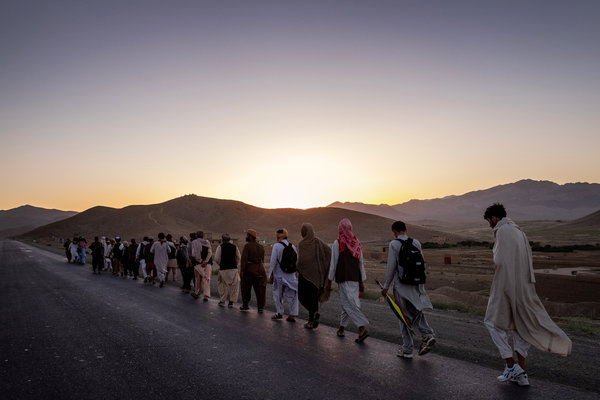 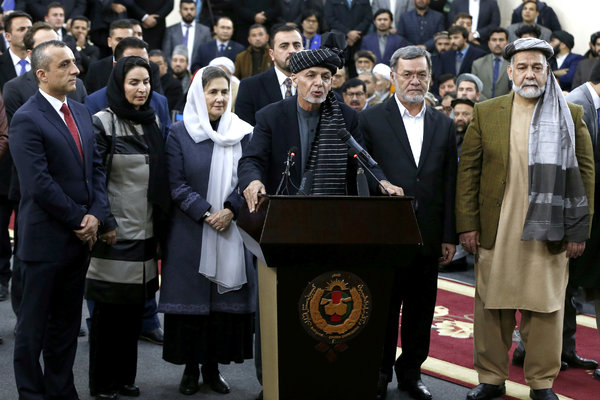 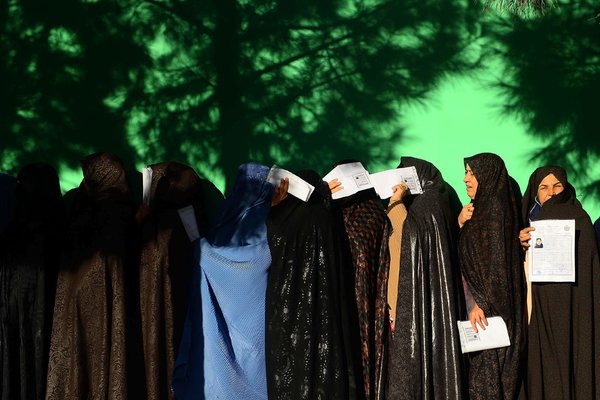