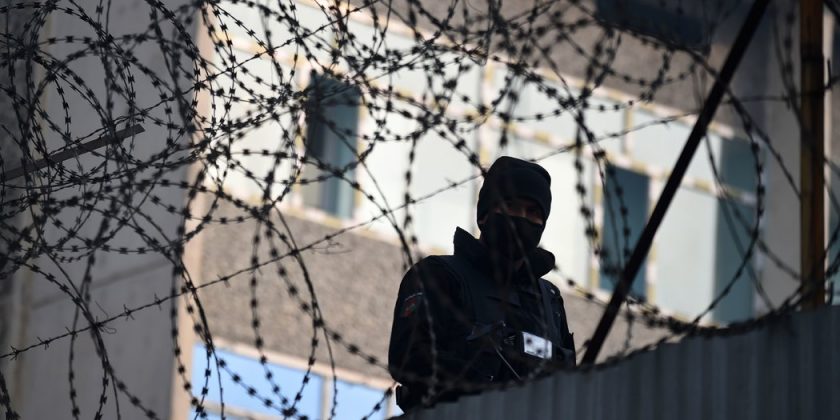 The following reports compile all significant security incidents confirmed by New York Times reporters throughout Afghanistan. It is necessarily incomplete as many local officials refuse to confirm casualty information. The toll here does not generally include claims of insurgents killed by the government, because of the difficulty of verifying such claims. Similarly, the reports do not include attacks on the government claimed by the Taliban. Both sides routinely inflate casualties of their opponents.

At least 37 pro-government forces and 48 civilians were killed in different attacks this week. Afghanistan saw a decrease in both Taliban attacks and pro-government-force casualties with the temperature dropping below zero during the night in most parts of the country. Civilians suffered the highest casualties this week when militants stormed Afghan government offices in Kabul after setting off a car bomb, killing at least 43 people.

Two police officers were killed in a Taliban attack in Greshk District.

A roadside mine exploded in Khan Abad District, killing one police officer and wounding three others.

A Taliban Red Unit attacked an Afghan army base in Almar District, killing six soldiers and wounding four others.

A local police outpost was attacked and captured by the Taliban in Chimtal District. Three local police were killed and four were wounded.

A suicide attacker prematurely detonated his explosives while being chased by security forces in Aino Mena City, killing two civilians and wounding three others.

The Taliban attacked checkpoints in Bati Kot District, killing 13 pro-government militia members and wounding 10 others. Twenty-nine members of the Taliban were also killed.

The Taliban attacked Gorziwan District, killing three police officers. The district police chief, Abdul Samad Gorziwani, suffered severe injuries during the fighting and died of his wounds the next day.

Militants stormed Afghan government offices in Kabul after setting off a car bomb, and officials said at least 43 people were killed and 27 more were wounded. No groups have claimed responsibility yet.

Two members of the Afghan National Civil Order Police (ANCOP) were killed by two of their colleagues in Konjak village of Faizabad District. The two attackers escaped with a Humvee they were traveling in and weapons. A fifth officer escaped.

Afghan forces launched an assault against the Taliban in Gozarga-e-Noor District to take back a checkpoint in the area. One police officer and one pro-government militia member were killed. Officials say the operation ended the Taliban’s blockade of Gozargah-e-Noor-Takhar Highway.

Three civilians were killed and three children were wounded, all from the same family, when their vehicle hit a roadside bomb in the Ainak area of Nawa District.

One police sergeant was killed by armed men on a motorcycle and one other was wounded in Herat City. The Taliban claimed that they were behind the incident. Officials said an investigation was ongoing.

While traveling from Takhar to Kunduz Province, Shah Tawoos, the commander of an ANCOP battalion in Takhar Province, was ambushed by the Taliban in Khan Abad District. He and one of his bodyguards were killed and four others were wounded.

One civilian was killed by an airstrike in Pusht-i-Roud District. Three members of the Taliban were also killed.