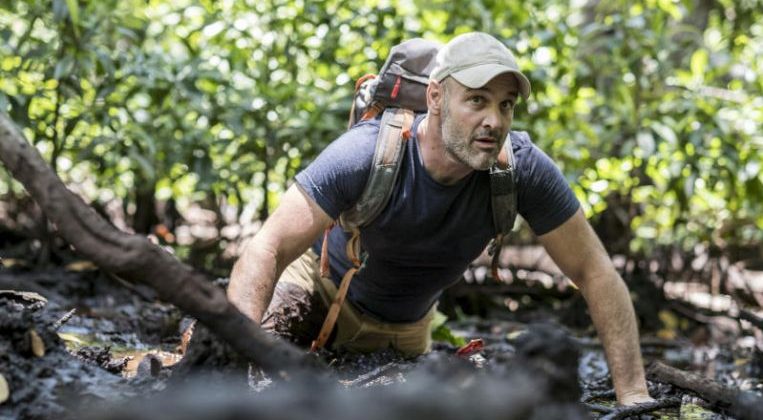 SINGAPORE – For famed explorer Ed Stafford, getting dropped alone in the middle of nowhere is not too far out of his comfort zone.

Noted for his work in Discovery series such as Marooned with Ed Stafford, where he travels into the wild and attempts to survive with no food and only an emergency phone, medical kit and his camera, Stafford is used to flying solo.

But his new show First Man Out puts his survival skills to even more extreme tests. It pits the 43-year-old one-on-one against other explorers and survivalists to see who can get out before the other from some of the most hostile environments on the planet.

“I’ve always believed in pushing myself out of my comfort zone and I think with a competition element, the intensity of the show is upped,” Stafford tells The Straits Times over the phone.

“And now there’s time pressure, which is more realistic because in an actual survival situation there will be time pressure.”

Stafford admits that he was a tad hesitant when the series was first pitched to him.

He says: “To me, it’s important that the competition is real and not scripted. But I wondered if it might be a blow to my reputation if I lost the challenges.

“But at the end of the day, it’s not about proving that I’m the best, it’s more about pushing myself to new limits.”

The British-born says of the many Asian locations: “Asia is the place to be right now. It has a great variety – I was in mangrove swamps, mountains, jungles and islands. It really made for an amazing series.”

Stafford, who in 2010 became the first man to walk the entire length of the Amazon River, was also impressed with Borneo, which spans across Malaysia, Indonesia and Brunei and is home to one of the oldest rainforests in the world.

“The trees in the jungles of Borneo are so tall and grand. Walking underneath the canopy and looking up, it’s majestic,” says Stafford.

Borneo was also where Stafford was made to eat his most disgusting meal of the series.

“I was in the mangrove swamps and the only edible thing around were these snails and I had to eat them raw, which made me retch. But they were a good source of protein and fats so I had to eat them.”

The one thing that has given the daredevil pause is the birth of his son Ran in June 2017 with fellow celebrity-adventurer wife, 25-year-old Laura Bingham.

“As a parent, you want to wrap your kid up and you don’t want anything to happen to them. But I’m someone who owes a lot to taking risks. I think people who don’t take risks cut off a big part of their lives.”

And little Ran – named after legendary British explorer Ranulph Fiennes – has had more adventure than many adults.

In February last year, Bingham embarked on an expedition to navigate the length of Guyana’s Essequibo River by kayak.

Stafford took his then 10-month-old son to meet his wife midway through her trip – in the wilderness of the Guyana jungle. The father of one said every risk assessment was done before the trip and an insurance policy worth $2 million was bought.

“We don’t want to become boring just because we started a family,” he explains.

One thing that Stafford still has on his bucket list? “I want to walk across Antarctica without any food drops. That’s still a dream of mine.”

But before funding for such an expedition comes in, Stafford aims to be a family man.

“There are little people in my life now, so I want to balance that with my work.”

Ed Stafford: First Man Out will premiere on Discovery Channel (Singtel Channel 202) on Jan 29 at 9.55pm .