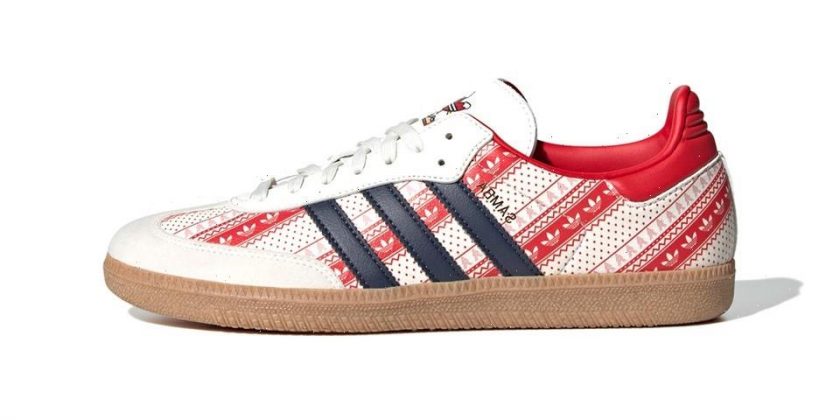 While Christmas might seem like a distant memory for the majority, for adidas Originals the festive spirit remains in full swing as the label unveils its forthcoming festive-inspired vegan Samba.

Decorated with an all-over red and white winter pattern, the Samba’s construction remains true to form with a crisp, clean upper housing the brand’s archetypal three stripes and suede toe box, atop a grippy gum sole that’s become synonymous with the silhouette.

“Cloud White” and “Shadow Navy” are accompanied by pops of “Vivid Red” across the silhouette, as the label’s unmistakable motif is given a Christmas-infused makeover on the tongue, all of which is crafted with vegan alternative materials containing a minimum of 25% recycled content.

Adidas Originals’ Vegan Christmas Samba are set to drop on March 24 via the brand’s online webstore, retailing at £70 (approximately $95 USD).