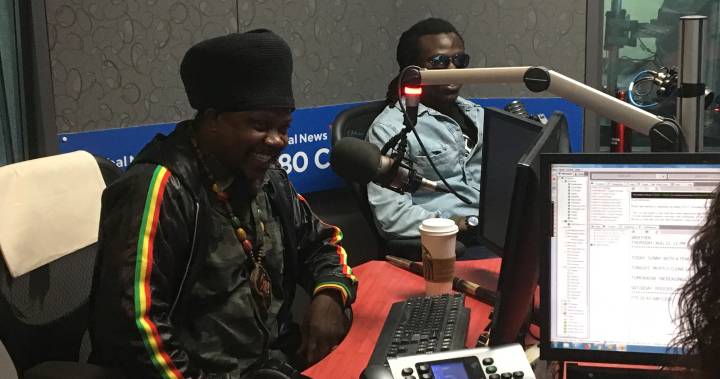 A Grammy-nominated Jamaican artist is in Winnipeg to spread his message of positivity.

Singer-songwriter Luciano has propelled his decades-long career – which includes hit singles in the UK and in his home country – with an unflinching dedication to a ‘conscious’ sound, promoting love and unity in a way that connects listeners around the world.

“(The songs) talk about struggles, spiritual struggles, financial… you name it, we’ve been through it. I find that life is made of struggles, so you’ve got to learn to embrace life as it is.”

The singer, born Jepther McClymont in the Jamaican parish of Manchester, said he began singing at age 12 when he discovered his talent in church, but he didn’t take music seriously until he got his first guitar.

“My father was a carpenter, and he made my first guitar,” he said.

“Not long after, my father passed away, so the guitar was one of my main instruments to keep me connected to the spirit of my father.”

Luciano released his first single in 1992 in Jamaica, the beginning of an impressive catalogue he said has now reached over 60 albums.

That career has taken the singer all over the world, led to Grammy nods in 2002 and 2016, and even earned him one of Jamaica’s highest honours, the Order of Distinction, for his services to the island’s culture.

Despite all his success, Luciano has endured his share of hardships, including the murder of his 19-year-old son Menelik three years ago. A devout Rastafarian, Luciano said his own struggles have deepened his desire to spread love and positivity through his music.

“It’s been really rough, but I can’t afford for these things to spoil my smile,” he said. “I need to keep the spirit alive, and I give thanks for the music and a lot of my fans out there who said prayers for me.

“While I do my thing, I know that even the greatest (people) of our ages who have come… they have to go through a lot of obstacles, so we have to learn that this is the way of life – the mission comes with a lot of tribulation.”

His Winnipeg show, Friday night at the Centre Culturel Franco-Manitobain, however, is all about love.

“They’re going to feel a great vibe, good music… and for people who grew up with my music, they’re going to hear hits of yesteryear from my whole catalogue, and also new stuff. No doubt it’s going to be an experience that they leave with good feeling,” he said.

“They always say, everywhere you go, you can always see some Jamaicans. It’s always great to perform for my fans here in Winnipeg.”