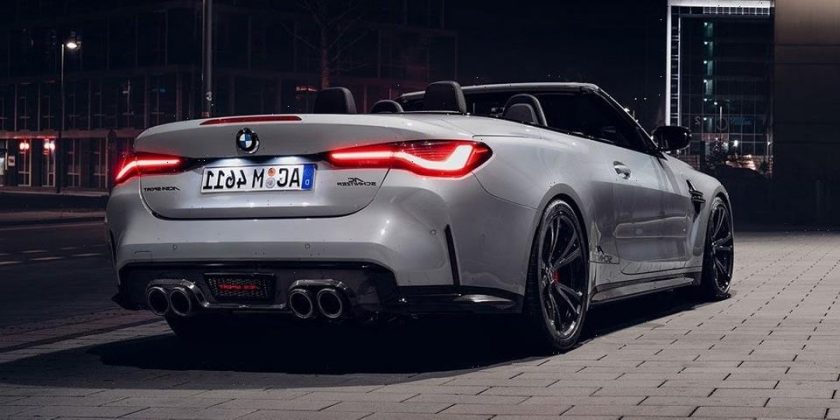 The latest-generation BMW M3 and M4 are rather divisive, as that controversial beaver grille splits opinions harsher than it splits the car’s front end. Despite this, it hasn’t stopped fans from lauding the car as a great piece of M-division machinery, and now the tuning company AC Schnitzer has stepped in to make the M4 coupe and convertible even greater.

Modification commences with the engine, which sees the twin-turbocharged three-liter inline-six now put out 590 HP and 750 Nm of torque in “Stage 1” tunes, or 610 HP and 750 Nm in “Stage 2,” given that the car is the M4 Competition spec. The newfound power delivers much more audio as well, exiting via a stainless steel exhaust system that’s finished with quad carbon fiber tips at the rear, while a new lowering kit makes the car sit 20mm lower than standard, giving the car a more aggressive stance.

This is heightened with AC Schnitzer’s visual upgrades, which include a choice of 20” rims and a body kit comprising a front splitter, canards, side skirts, and a choice of wings producing varying amounts of downforce, ranging from 20kg to 70kg depending on the style and desired angle of attack. All of these bits appear in carbon fiber, while more of the same can be found decorating the front hood, M-branded side blades, and diffuser.

Take a look at the AC Schnitzer BMW M4 Competition Coupe and Convertible above, and find out more online.

In case you missed it, check out the latest issue of DRIVERS.
Source: Read Full Article