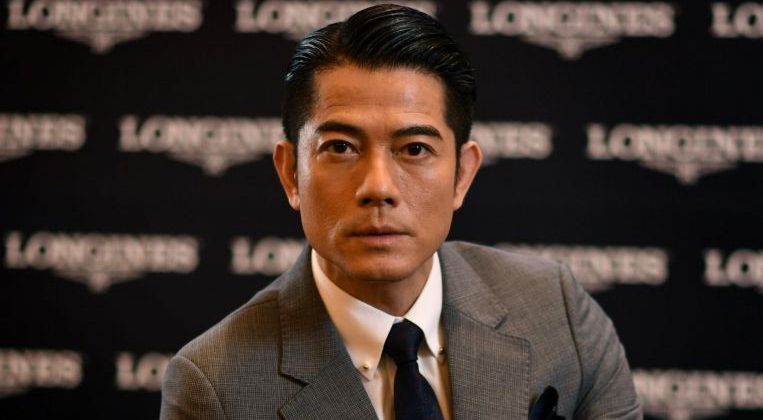 Aaron Kwok is in no rush to expand his family.

His wife, Moka Fang, gave birth to their second daughter in April, after yet another pain-filled delivery.

Kwok, 53, who witnessed both births, said he did not want the model, 31, to go through another arduous experience.

He added that he is not pining for a son and that he already feels blessed to have two daughters.

Speaking to media at a pro-recycling event in Hong Kong, the actor-singer said, for now, the couple are grappling with the challenge of coming up with a name for the second child.

While her English name – Charlotte – has been selected, to go with the older kid’s Chantelle, the parents are still mulling over a Chinese name.

Kwok also has to deal with sibling rivalry, pacifying Chantelle, aged two, and telling her that she is still in dad’s affections, according to the On.cc portal.

Kwok, a Best Actor nominee at the recent Hong Kong Film Awards, is taking a break from projects to spend quality time with his family.

His presence must have boosted the spirits of Fang, who looked fit, trim and happy in recent photographs.