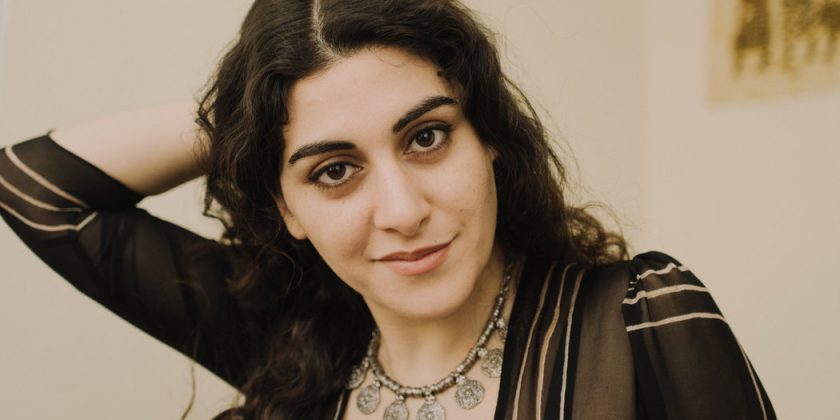 As a young violinist growing up in Beirut, Layale Chaker moved between two musical worlds. At the city’s conservatory, she studied Mozart and Ravel with teachers imported from Eastern Europe. She knew there were young people studying Arabic violin in the same school, but the programs were segregated. On her walk home, she was engulfed by the sounds of Lebanese music filtering out of car radios and stores.

“From the beginning you chose your path, Western or Arab,” Ms. Chaker, 28, said recently at her apartment in Brooklyn. “I never questioned it.”

But questions arose later, as she traveled down the Western classical path, studying in Paris, London and at the prestigious Lucerne Festival Academy, and touring with the West-Eastern Divan Orchestra and Daniel Barenboim. “She was a particularly curious musician,” Mr. Barenboim said in an interview about Ms. Chaker, who would keep a full-orchestra study score at her feet during rehearsals. “That’s why I had this special affection for her.”

But, she said, “I always felt like I was leaving a piece of myself behind.”

In her final years in Beirut, Ms. Chaker had found an Iraqi violin teacher, Mohammed Abbas Hashim, who pushed her to improvise her own cadenzas to Mozart concertos and jam on traditional Arabic maqam scales as, she recalled, “a way to relax and let off some steam.” She sought out other masters of Arabic and Ottoman court music.

In January, Ms. Chaker released “Inner Rhyme,” a haunting yet quietly rigorous album that integrates the disparate parts of her identity as a composer, performer and improviser who tiptoes along cultural fault lines. A recent performance at the Stone in Manhattan showed off the hallmarks of this music, built on the maqam scales of Arabic music, with jazzy flights of improvisation and fleeting echoes of early Baroque ornamentation.

The pianist and composer Vijay Iyer witnessed the genesis of “Inner Rhyme” at a workshop he ran in Banff, Alberta. “We rigorously explored the microtones she worked with and tried to square them with a piano,” he said in a phone interview. “It created something that, to my ear, was unprecedented. It was like nothing I’d ever heard on this planet. It was coming out of traditions, but stepping into a real experimental sensibility.”

Mr. Iyer introduced Ms. Chaker to some of the stylistically polyglot musicians who joined her in this project. The ensemble’s name, Sarafand, is that of a Palestinian village that became a ghost town after the founding of the state of Israel.

Loss and exile are central themes, even if they are distilled into purely instrumental music. Ms. Chaker’s point of departure is poems written by Syrian, Iraqi and Palestinian writers whose political messages are sublimated in metaphors. She took their poetic meters and turned them into the rhythmic skeleton of her music. 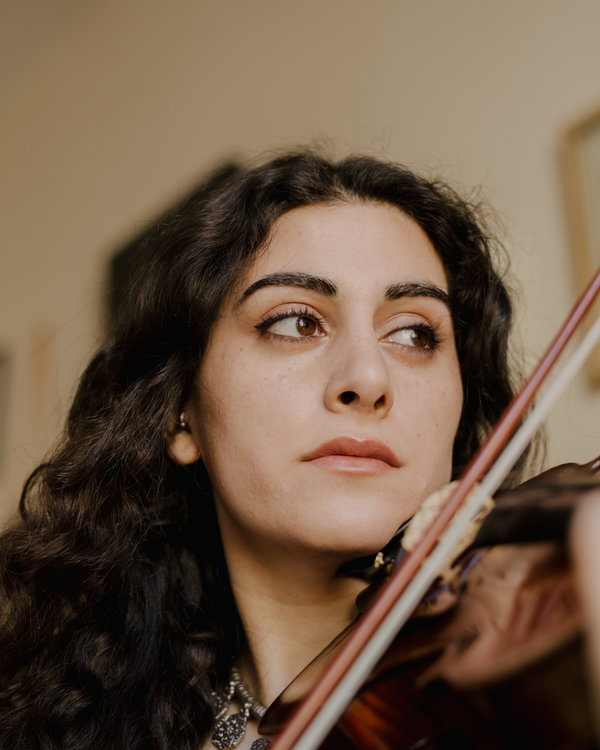 “On the Trunk of an Olive Tree” is inspired by verses by the Palestinian poet and former Israeli Knesset member Tawfik Ziad, which imagines him carving his history into bark. The violin line sits low in the instrument’s register, evoking a whisper, soft as a flute. Often there seems to be more breath than voice in these wordless poems, though other times Ms. Chaker draws full-bellied sounds, or sketches out silvery arpeggios while the bass or cello take center stage.

Her other compositions include works for traditional classical forces, like a ruminative violin concerto and a restless string trio, both inflected with maqam modes. In these pieces she draws on her experience as an orchestral musician in Mr. Barenboim’s West-Eastern Divan.

“Anything he said to anyone in the room I wrote down,” she said. “The Divan was really my school for orchestration. It’s interesting to have this experience from the seat in an orchestra — from the birth of sound.”

Ms. Chaker said she hopes to counteract stereotypes of Arabic music as traditional and monolithic. “When you say ‘French music’ you think of the avant-garde,” she said. “You’re saying Messiaen or Debussy. It’s not the same with Arabic music. And I would like this to change. Because if a tradition is to survive, it has to come out of its box. To witness a contemporary life and a future, it has to be questioned.”