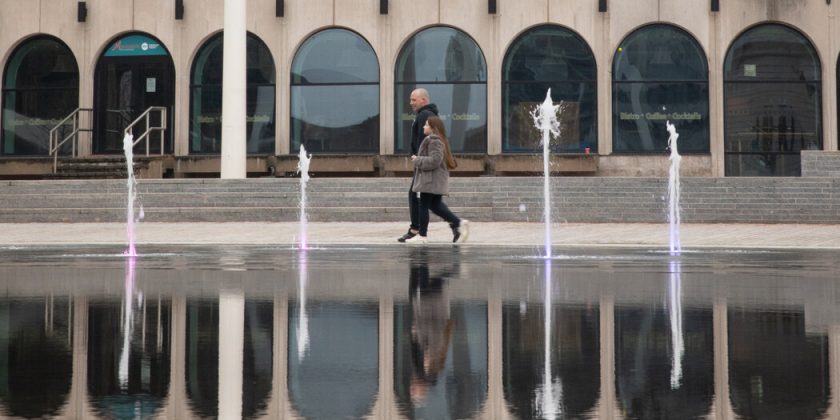 BIRMINGHAM, England — One recent Monday, Sarah Buckingham walked into an auditorium at Birmingham Repertory Theater, strode up some steps to a platform and looked out at her audience. She was in full costume, with a wig, and everyone rose to their feet.

It might seem like a star’s entrance, but Ms. Buckingham is not an actress; she is a judge, overseeing a criminal trial.

Three national lockdowns in Britain, as well as tough social distancing guidelines, have hampered the business of England’s court system this past year, creating a huge backlog of cases. Since July, the country’s courts service has been renting suitable spaces — like theaters, but also conference centers and local government buildings — then turning them into temporary courtrooms.

“I believe a large number of you are familiar with this building for reasons unrelated to crime,” Ms. Buckingham told the jury, before the case began.

About 30 feet away from her stood Rzgar Mohammad, 34, a delivery driver who was accused of smashing a glass hookah pipe against another man’s head, then hitting him repeatedly with a pole. He was pleading not guilty to a charge of assault occasioning actual bodily harm.

Britain’s theaters have been in financial crisis since the coronavirus pandemic forced them to shut last March. Although a few have hosted performances for socially distanced audiences, most have only survived through a combination of crisis grants and layoffs. Given that, the Birmingham theater’s decision to lease space to the courts service is perhaps unsurprising. Another theater, in the Lowry arts complex in Manchester, has been hosting trials since October.

But the move has angered theatermakers in Birmingham, Britain’s second largest city, who claim the courts and the police have historically targeted communities of color, and that theaters should be kept as spaces for creativity.

Jay Crutchley, a Black director, said in a telephone interview that the Rep — as the theater is known in Birmingham — had “just endorsed probably the biggest systematic oppressor of Black people in this country.” Young Black men are disproportionately represented in Britain’s prisons, he added, and many people growing up in Birmingham — white and Black — have bad experiences with the police.

“I’ve had close friends go through the court system,” he said, “and I can’t tell you how many times I’ve been stopped and searched.”

The Rep’s decision to host a court was turning the theater into a potential site of trauma, Mr. Crutchley added. “There’s a line for me where ethics gets in the way of money,” he said.

On Monday, the theater announced two online meetings to listen to the feedback of anyone concerned about its decision. “We are committed to hearing your thoughts directly,” it said.

Birmingham is one of Britain’s most diverse cities — at the time of the last census, in 2011, more than a quarter of its population was Asian, and around 9 percent was Black — and the Rep has long been praised for its efforts to engage people of color. Its latest season would have included several plays by people of color, if coronavirus had not forced its closure. Those included the premiere of Lolita Chakrabarti’s “Calmer,” directed by the Black actor Adrian Lester. Mr. Lester is a trustee of the Birmingham Rep’s board and is also married to Ms. Chakrabarti.

But just days after the Dec. 14 announcement that the playhouse would be used to hear trials, Talawa — a leading Black theater company — canceled a scheduled season of plays at the Rep on the theme of “Black joy.” The Rep’s move “does not align with Talawa’s commitment to Black artists and communities,” the company said in a news release. (A spokeswoman for Talawa declined to an interview request for this article.) 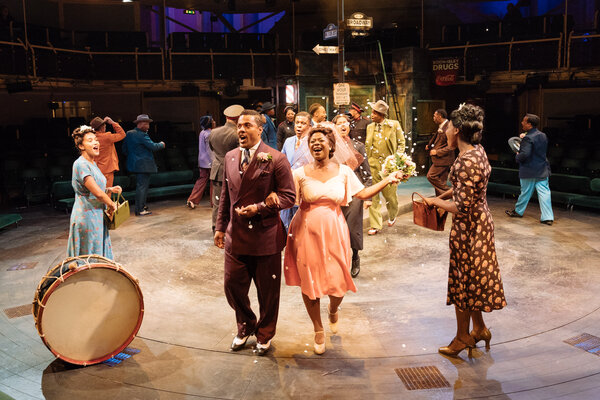 The organizers of More Than a Moment, a Birmingham-based cultural initiative aimed at promoting Black artists, also removed the Rep from its guiding committee.

The theater, whose spokesman declined an interview request, said in a blog post that the deal with the courts was needed to secure its financial future.

Yet Rico Johnson-Sinclair, the manager of SHOUT, an L.G.B.T. arts festival that holds events at the Rep, said in a telephone interview that the Rep was not in immediate danger and had money to keep running until April. In October, Britain’s culture ministry gave the Rep £1.3 million, about $1.8 million.

“If they’d been transparent and said, ‘We need to do this or we’re going to go under and they’ll be no more Birmingham Rep,’ I think the Black community would have been more forgiving,” Mr. Johnson-Sinclair said. “But I still don’t think it’s the right course of action.”

In interviews outside the theater, six Black passers-by expressed divergent views about the situation. Three said they understood the complaints, but were supportive of the theater becoming a court. “What else can they do to survive?” said Elliot Myers, 30, the owner of a marketing agency. “Needs must,” he added.

But three were opposed. “I know they’re desperate for money, but surely we can find another way?” said David Foster, 47, a street cleaner. Philip Morris, 37, a barber said, “You don’t want to be going to the theater thinking, ‘Court system.’” He added that the theater would be “just more for the European white now.”

In the makeshift courtroom on Monday, the proceedings did sometimes have the air of a theatrical courtroom drama. Mr. Brotherton, the prosecution’s lawyer, outlined his case, then showed the jury a video capturing part of the incident. Everyone paid rapt attention.

But in real life, trials unfold at a less than gripping pace. Just as things were getting exciting, the judge stopped the proceedings for lunch and so clerks could find an interpreter for one of the witnesses. But when everyone returned to the auditorium, the interpreter was still nowhere to be seen. The lawyers spoke among themselves, marveling at the lighting rig above.

After another 50 minutes, the interpreter still hadn’t arrived, unable to find the theater. It was the type of event that delays many court proceedings in Britain, even outside a pandemic.

“All right, I’ll admit defeat,” Judge Buckingham said after learning the news. She called the jury back into the room, and sent them home for the day. The 12 men and women shuffled out, stage right, but with little sense of drama or spectacle.