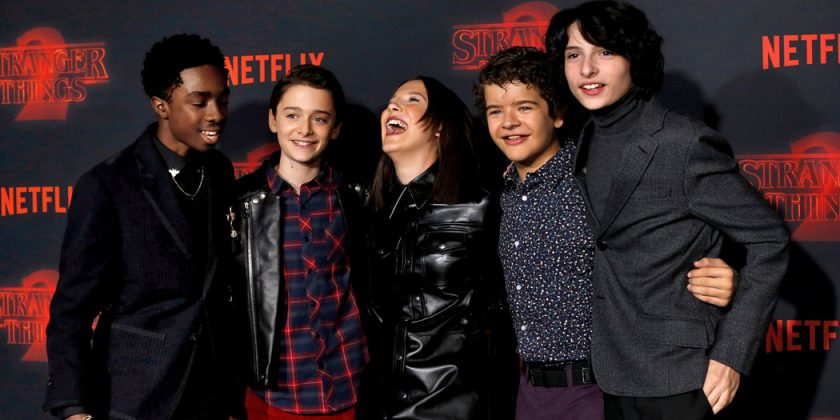 Netflix posted the “Nailed It!” holiday special this weekend, and let me tell you, I have never clicked on anything faster. Then I discovered the chaos-baking show has a full festive season, not just a single episode, with seven installments of enthusiastic incompetency. They even bring back Sal, the retired police officer from Season 1 who loves the microwave. Happy holidays, indeed!

1. ‘Stranger Things’ will return next year

We now have a teaser for “Stranger Things” Season 3, a confirmation it will land on Netflix next year and the episode names (if you’re into that kind of thing). In July there was another teaser announcing the arrival of Starcourt Mall in Hawkins. The season’s tagline is “In the summer of 1985, the adventure continues.” Great.

2. The worst part of ‘The Great British Baking Show’

“When I watch the Hollywood Handshake,” writes Brian Phillips in The Ringer, “I feel as though I understand how World War I could have happened.” It’s an aspect of the otherwise-lovely show that I have always found grating and condescending, and Phillips does a great job of breaking down that feeling of “ick.”

3. Beyoncé gets a wedding gig

Over the weekend, Beyoncé performed at a wedding celebration in India, CNN reports, and all I want is to know is how much she was paid. The bride was Isha Ambani, daughter of the richest man in India, and the wedding had “a custom app to help stay abreast of the schedule.” Arianna Huffington and Hillary Clinton were apparently also in attendance.

I’ve found myself listening to old-school Panic! at the Disco recently (everything’s fine, why do you ask), so Benny Blanco’s new track featuring that band’s frontman, Brendon Urie, feels like a special treat. “Roses” also features the rapper Juice WRLD, and is eerily effective in weaving together many threads of emo, writes Jon Caramanica. I have to agree.

Researchers in Australia analyzed which character is likely to triumph in the final season of “Game of Thrones.” I really enjoyed this write-up by The Guardian, which reads like a hard news story and describes Daenerys as “the one with the dragons.” For what it’s worth, the researchers concluded that characters who switch allegiance tend to survive, giving Cersei an edge. They also found that “about a third died in their home.”

Have a great day