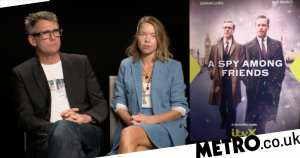 Anna Maxwell Martin has opened up to Metro.co.uk about the intense interrogation scenes she shared with Damian Lewis in A Spy Among Friends, emphasising how ‘freeing’ they felt to be a part of.

In the newly-released ITVX drama, Lewis stars as Nicholas Elliott, a MI6 agent who was duped for years by his friend and close colleague, Kim Philby (Guy Pearce).

It turns out that during the Second World War and early years of the Cold War, Philby was feeding secrets back to the Soviet Union, having been working as a double agent – the most notorious in British history, in fact.

Line of Duty star Maxwell Martin plays Lily Thomas, the only fictional character in the story, who works at MI5 and is brought in to ascertain whether Elliott had some involvement in Philby’s deception and eventual fleeing, as he went on to defect to Moscow in 1963.

Maxwell Martin and Lewis starred in several fascinating interrogation scenes together, where it was simply Thomas and Elliott opposite each other in a room, in a thrilling ‘meeting of minds’.

‘Interrogation scenes, they’re always good fun, because they’re like a sort of game of tennis. So I just really enjoyed them,’ she told us. 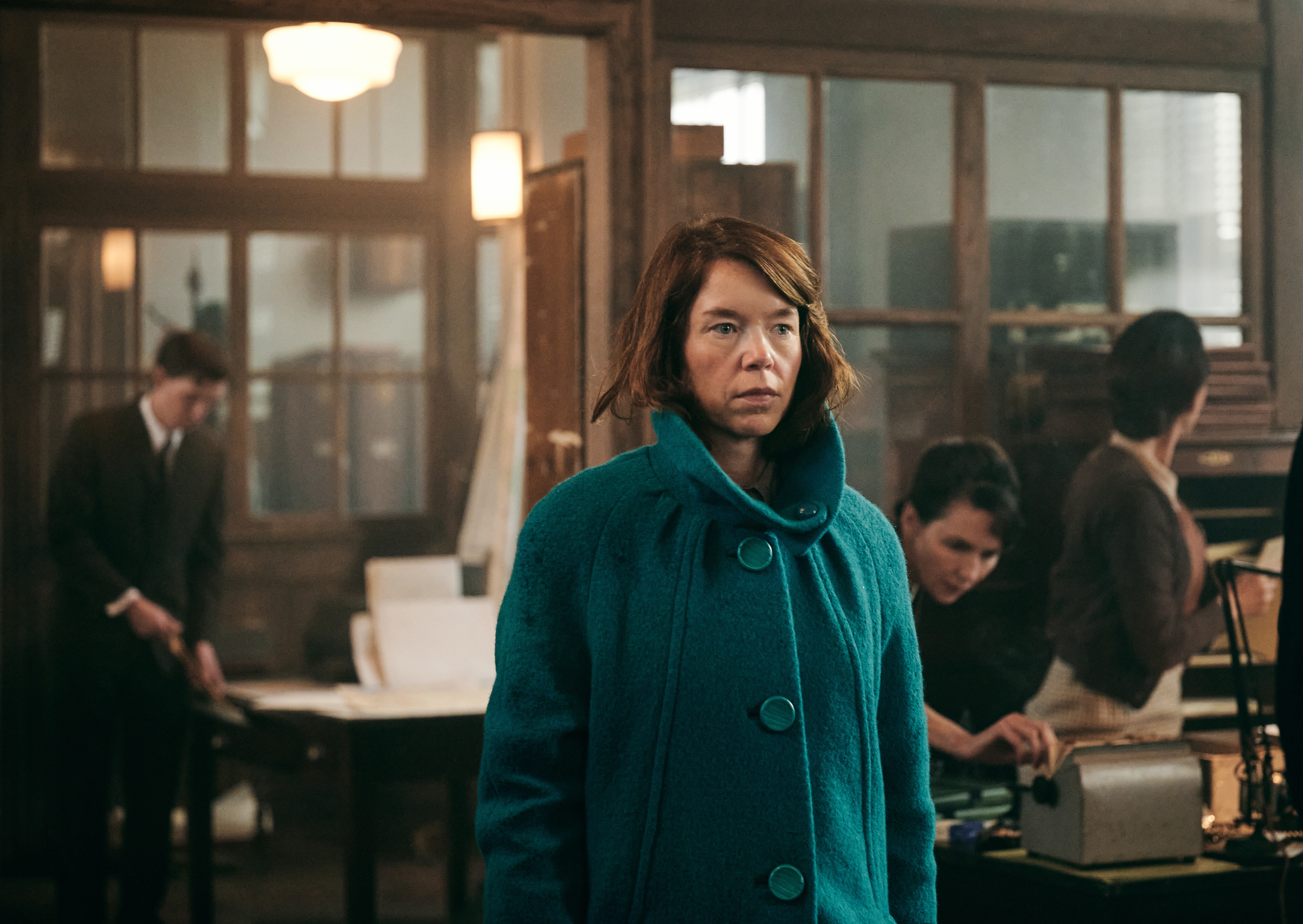 ‘The main thing about interrogation scenes, you don’t want to do it too many times. It just gets a right snooze.’

Nick Murphy, the director on A Spy Among Friends, joined Maxwell Martin for the interview, outlining how he gave the actors free rein to ‘let them run the scene first’, rather than initially dictating to them how they should have it mapped out.

‘I don’t do the whole, “This is where I see you standing, this is what I see you doing,”’ he said.

‘But I encouraged them to be ready for Lily, for example, that she wants to get a hankie from her bag or bend down, pick something up… to not feel that the performances are made available to the camera the whole time.’

Explaining how he wanted the scenes to feel realistic, Murphy added: ‘I wanted to feel that this is happening. It’s not really happening at my behest. I’m just observing it. So that the relationship between the camera, the audience and the actors in the room is not one of master storyteller. It’s one of eyewitness. I’m just keeping up.’

Light-heartedly pointing out that she has done a fair few interrogation scenes throughout her career, Maxwell Martin admitted that she did have to grapple with ‘an itchy, sweaty bottom’ while wearing her woollen tights in character.

Getting back to the core of the scenes, Murphy added: ‘I do like two people in a room with a problem. I love that kind of drama. And of course, this show does so much, goes everywhere, it’s all over the world.

The director added that if the actors’ performances are good – which ‘they are in this case’ – then that’s ‘incredibly exciting’.

‘If they’re not, there’s nowhere else to hide. Frankly, these are fascinating, because the characters, the actors, and the writing is so fascinating,’ he said.

Maxwell Martin joked that one of the perks of doing an interrogation scene was that with a desk as a prop, she could hide M&Ms and her phone on set.

Shedding further light on the dynamic between her character Thomas and Lewis’ Elliott, she added: ‘You have free rein to just like, smash him down, just find a way to disseminate him. That’s all she’s doing.

Murphy pointed out that given the period in which the story is set, when Thomas would have been working in an extremely male-dominated environment, he didn’t feel as though the series was trying to very blatantly present a ‘strong female character’ to its audience without any nuance.

‘We’re not really table thumping. I never got the feeling, that sort of, “Hey, we’re doing a strong female character and look what women can be.” I don’t know feel the writing of it does that, I don’t think your performance of it does that,’ he said, turning to Maxwell Martin.

‘You just feel three dimensionality and, and it’s infinitely more gripping because of it. You don’t feel there’s an agenda.’

The actress added: ‘It’s just a really subtle way of how you befriend, discombobulate, get someone to trust you. It’s all those really subtle things.

‘I think the show, its real strength is its subtlety, that almost very little happens all the time. Especially these men are questioning the whole of their lives. All of them, all of them in the show. Really are questioning everything.’

A Spy Among Friends is available to watch on ITVX.