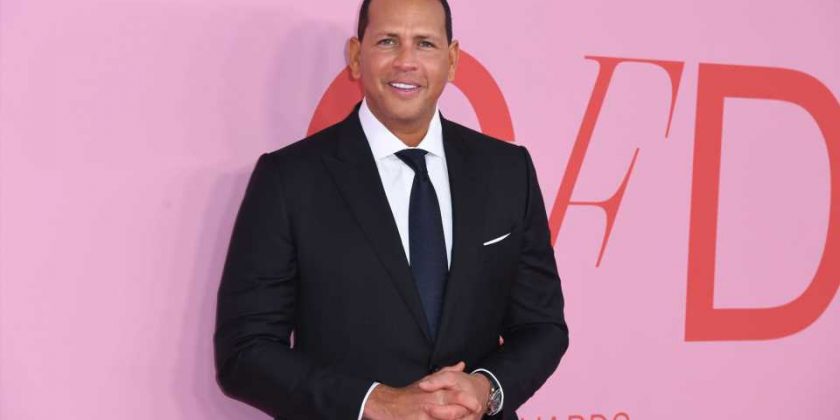 Cue the collective eye-roll of teenage girls everywhere, because Alex Rodriguez admitted he has a burner Instagram account — to secretly follow his daughters on social media. The former New York Yankees star revealed his covert behavior during an episode of the Barstool Sports podcast Chicks in the Office, admitting he had to go full dad-mode when his daughters banned him from following them.

Chatting with podcast co-hosts Ria Ciuffo and Francesca Mariano, Rodriguez pointed out that Natasha Alexander, 14, and Ella Alexander, 11, aren’t keen on their dad keeping tabs publicly. “My daughters don’t let me follow them on social media. It’s awful,” he said, confirming that he “absolutely” has a “dad burner account.”

In A-Rod’s defense, it seems fair given the fact the girls certainly have no qualms about weighing in on their famous dad’s social media activity. “Oh my gosh, they are like the COO and the CEO of my social media craziness or whatever I do. They’re so good. You know every time I post something, usually like 5 out of 10, both of them would DM me and say ‘Dad are you serious? Dad, you know I’m going into high school next year. Dad this is how bullying starts.’ And I’m like, ‘Okay, I’ll erase it.”

Ever the good sport, Rodriguez has even agreed to run things by his girls first. “I have contracts with both of them that — if I post something now — you know they’re getting to be teenagers; they have to approve everything. And I’m like, ‘OK I got it, I’m sorry.’”

Despite the fact that A-Rod insists his girls find him embarrassing, the family clearly enjoys a close bond. Over the summer, they went on a cross-country road trip with Rodriguez’s fiancée Jennifer Lopez and her twins, Maximilian “Max” David and Emme Maribel, 11. The whole crew traveled for two months in tight quarters: a Winnebago bus. “It’s great that the best part was actually being on the bus [together],” said Rodriguez, adding, “It’s how I grew up. I mean, we grew up with, like, one bathroom and we had to wait and we were kind of pushing each other around, and there’s nothing better. It was like a dream vacation to be that close to our family.”

Aw, sweet! Plus, let’s be honest. An added bonus for involved dad A-Rod was probably the fact that it’s hard to keep anything secret in quarters that close.