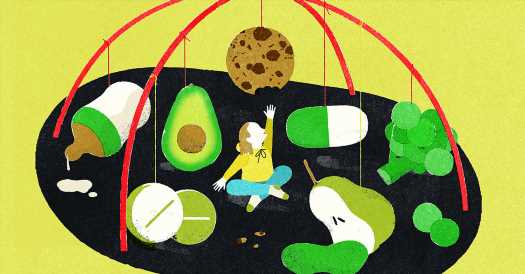 When a child is born with a rare disorder that few doctors recognize or know how to manage, it can pay big dividends for parents to be proactive, learn everything they can about the condition, and with expert medical guidance, come up with the best way to treat it.

That is the approach Lara C. Pullen of Chicago adopted when her son, Kian Tan, was born 15 years ago last month at 7½ pounds, seemingly well-formed and healthy. But within 24 hours, Dr. Pullen, who already had two daughters, said Kian had stopped moving, wouldn’t nurse and felt as floppy as a rag doll.

Two and a half weeks later, a genetic test showed that Kian had Prader-Willi syndrome, a genetic disorder that occurs once in every 15,000 to 25,000 live births. While at first it is a struggle to get enough food into these babies because they’re too weak to suck, within two or three years their main symptom is an insatiable appetite that results in extreme obesity unless the child, who is driven by constant hunger, is kept from sneaking and stealing food.

Prader-Willi syndrome is caused by the failed expression of several genes on chromosome 15 derived from the child’s father. The genes are either missing or inactivated by a mistake that occurs during sperm development or, in some cases, the father’s entire chromosome 15 is not inherited by the fetus. The disorder is only rarely inherited, but when a father has Prader-Willi syndrome caused by a deletion in chromosome 15, there’s a 50 percent chance each child he fathers will inherit the defective chromosome.

Dr. Pullen was determined to give Kian the best possible chance at near-normal development. While treatment of Prader-Willi syndrome has centered on preventing obesity by limiting calories and keeping food under lock and key at all times, Dr. Pullen, who, like her husband, is an immunologist, decided with the help of Kian’s doctors to focus on protecting his brain as well as controlling how much he ate.

“When Kian started solid foods at 6 months, I gave him lots of fats to help grow his brain — avocados, egg yolks, whole-milk yogurt — high-calorie foods that gave him the best bang for the buck when it was so hard to get him to eat,” his mother said in an interview. “Then later, when hyperphagia kicked in, I kept carbohydrates low because he got hungry again very soon after eating them.”

The diet, along with nightly shots of growth hormone beginning in infancy, has kept Kian on a normal growth curve and appropriately lean. He has also thrived in school, having made the honor roll last term.

But Kian’s story doesn’t end there, and what follows could, with further research, prove to be a godsend for other children similarly affected.

Dr. Pullen pointed out that in addition to uncontrollable hunger, the common childhood symptoms of Prader-Willi syndrome suggest that neurological abnormalities may underlie the disorder’s most challenging problems.

In support of her theory, Dr. Pullen and Maria Picone just published in the Journal of Pediatric Pharmacology and Therapeutics a preliminary report documenting benefits in three Prader-Willi children of the drug pitolisant (Wakix).

Pitolisant is licensed in Europe to treat narcolepsy, a neurological sleep disorder. Ms. Picone, founder of TREND Community, a networking platform for those with rare disorders, also has a child with the syndrome. She and Dr. Pullen are co-founders of the Chion Foundation, based in Chicago, which does research in rare diseases.

The children in their report are among 10 with Prader-Willi syndrome who have now tried pitolisant. Nine are said to have experienced significant improvements in quality of life, including more normal sleep patterns, increased daytime alertness and better mental functioning. The children were reported to have shown improvements within days of starting on a low dose of the drug that was gradually increased. Several of the children, including Kian, are featured in a video Dr. Pullen produced to show at a professional conference in Canada last month.

Admittedly, this was not a controlled study; it is subject to parental bias and therefore only suggestive of the reported benefits. Many case reports of apparently successful treatments fail to hold up in clinical trials. But the known biological activity of pitolisant supports the effects observed in the children with Prader-Willi. Dr. Pullen explained that pitolisant is a highly selective drug that acts on histamine 3 (H-3) receptors in the brain, enhancing the activity of neurons that improve wakefulness.

Pitolisant, Dr. Pullen said, “seems to normalize systems that are dysregulated in the bodies of individuals with Prader-Willi syndrome.” Currently, the drug is available only in pharmacies in Europe, although with written approval from the Food and Drug Administration, it can be legally imported to the United States by mail order.

With or without drug treatment, the diet of a child with Prader-Willi syndrome needs careful attention, preferably guided by a dietitian knowledgeable about the disorder, Dr. Shawn E. McCandless and the genetics committee of the American Academy of Pediatrics recommended.

Once the child develops an uncontrollable appetite, as little as 60 percent of the calories needed by an unaffected child of the same size might be needed to achieve normal growth. But it is important to assure that all essential nutrients, including adequate protein, are included in the child’s diet.

Dr. McCandless, a pediatrician and medical geneticist at the Children’s Hospital Colorado, emphasized that “relatives and social contacts must be educated to realize that ‘sneaking’ food to the child with Prader-Willi syndrome is not an appropriate method of communicating affection.”

Appropriate management of behavioral problems is also important and often requires the help of a developmental psychologist or the child’s pediatrician. Dr. McCandless suggested that, as with most children, the best approach is to reward desired behaviors and whenever possible ignore those that are undesirable. But using food as a reward or punishment is likely to be counterproductive and should always be avoided, he said.

As children with Prader-Willi syndrome approach young adulthood, various compulsive behaviors may emerge, including smoking cigarettes. Some may develop depression or anxiety or even psychosis, so parents need to be alert to early signs of such problems and seek prompt medical attention.