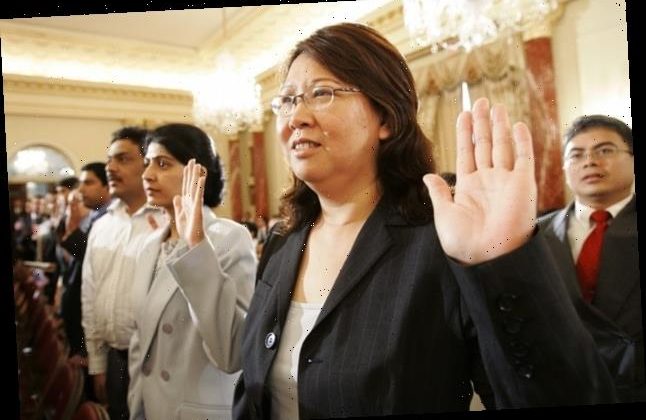 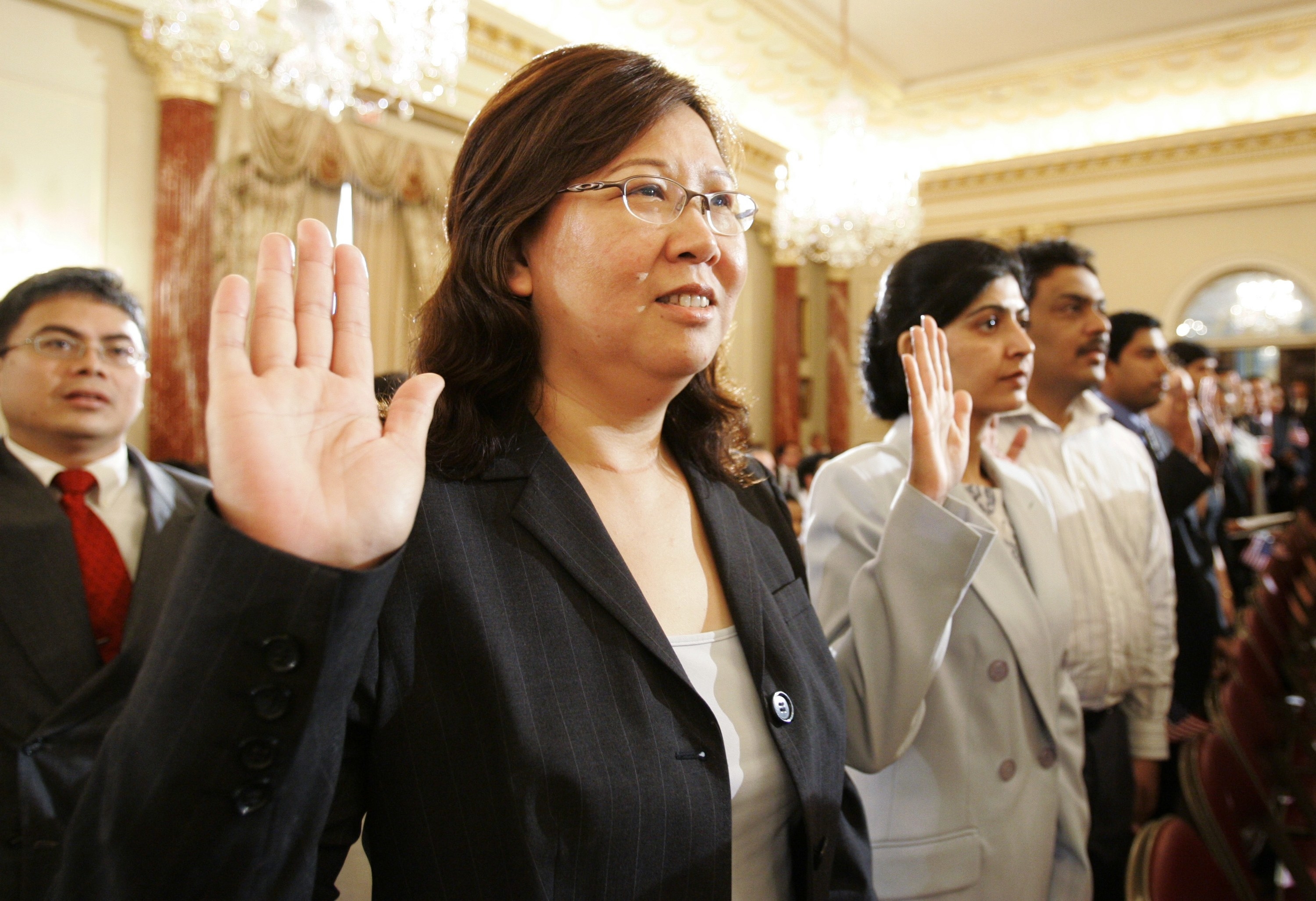 People are sworn-in as new citizens of the United States during a special naturalization ceremony for 50 new Americans at the State Department in 2007.

The Department of Justice is creating a new section of attorneys to handle cases aimed at stripping naturalized citizenship from people suspected of fraud, officials announced Wednesday.

The move will likely inspire increased fear in immigrant communities already on edge over the Trump administration’s immigration restrictions.

DOJ officials framed the creation of the Denaturalization Section, which will be housed in the civil Office of Immigration Litigation, as an effort to crack down on an increase in cases of those who have engaged in fraud, human rights violations, sexual offenses, and other crimes.

“When a terrorist or sex offender becomes a U.S. citizen under false pretenses, it is an affront to our system—and it is especially offensive to those who fall victim to these criminals,” Assistant Attorney General Jody Hunt said in a statement. “The Denaturalization Section will further the Department’s efforts to pursue those who unlawfully obtained citizenship status and ensure that they are held accountable for their fraudulent conduct.”

DOJ officials said in a statement that “the growing number of referrals anticipated from law enforcement agencies motivated the creation of a standalone section dedicated to this important work.” Individuals can have their citizenship stripped if the government proves that naturalization was illegally received or if it was “procured by” lying or concealing a fact like a previous crime.

In its announcement of the new section, justice officials highlighted successful denaturalizations, including a person who had allegedly been associated with terrorist groups, another who had been prosecuted for executing people in Bosnia, and four people who had falsely claimed to be a family in order to gain visas.

Experts said the move appeared to be another symbolic effort aimed at targeting immigrants.

“While this effort may result in relatively few denaturalizations, it shows that the administration’s desire to keep immigrants ‘looking over their shoulder’ extends past legalization and even naturalization. If you weren’t born here, this administration is trying to keep you uncomfortable,” said Sarah Pierce, a policy analyst at the Migration Policy Institute.

In 2018, US Citizenship and Immigration Services officials announced that they would increase their focus on denaturalization cases from an operation which began years ago, including under the Obama administration, that inspected cases of potential fraud. USCIS officials at the time said they would look to refer more than 1,000 cases to the justice department.

Under Operation Janus, officials had found that hundreds of thousands of fingerprints were missing from a centralized fingerprint system. The government believed some individuals may have “have sought to circumvent criminal record and other background checks in the naturalization process.” Government officials had found that more than 800 people were granted citizenship even though they had been ordered deported under a different identity.