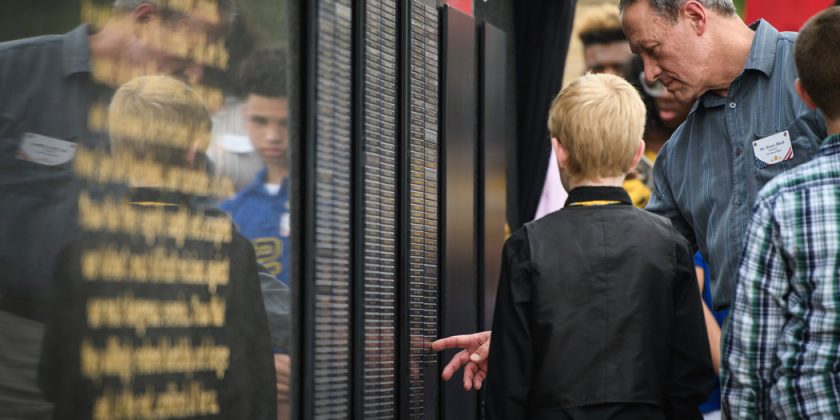 After multiple investigations into the ambush in Niger that left four American soldiers dead last year, the United States Army punished several people who were involved in the mission, including the two soldiers who led the 11-man team when militants attacked it. Those punished were not reprimanded for what happened during the ambush but rather what led up to it, including poor training alongside Nigerien troops, a lack of pre-mission rehearsals and what investigators called a misleading mission plan. The leader of the Special Forces team, Capt. Mike Perozeni, along with his second in command, received a General Officer Memorandum of Reprimand, known as a GOMOR. A reprimand’s impact is based on where it is placed in a soldier’s file. If the letter is considered “local,” it will disappear after the soldier changes jobs. If it is permanent, it likely means the end of a career. The soldier, and others on his behalf, can write a rebuttal. Below is a letter written on behalf of Captain Perozeni by Henry Black, the father of Staff Sgt. Bryan Black, one of the four soldiers killed in the ambush. A version of this letter was delivered to Maj. Gen. Edwin J. Deedrick Jr., the commanding officer of the First Special Forces Command, who administered the letters. With Black’s permission, it has been lightly edited for clarity and to protect the identity of some of the soldiers, whose names have not been released. Thomas Gibbons-Neff

I am submitting this letter to urge that the General Officer Memorandum of Reprimand (GOMOR) on Capt. Michael Perozeni not be filed.

I am a retired Marine, a combat veteran and Staff Sgt. Bryan Black’s father. As I am sure is the case with you, I am all too familiar with loss. I lost two friends in the Iraq war, and I lost my youngest son on Oct. 4, 2017. And I am now looking at the prospect of the Army losing a valuable asset, Captain Perozeni, which I believe will be the result if the GOMOR is filed. That both saddens and angers me.

I have had a number of conversations with Captain Perozeni since Oct. 4 of last year. In all those conversations, I never heard Captain Perozeni blame anyone, cite a lack of resources or indicate anything other than that it was the insurgents who were responsible for the attack. It was clear that from the day Captain Perozeni assumed command of his team until today he considers himself fully responsible for ODA 3212. Regardless of what the future holds, Captain Perozeni will carry the weight of the loss of his teammates and brothers for the rest of his life, not because he was the cause of their deaths, but because, in spite of his best efforts, he could not save them. Knowing Captain Perozeni as I now know him, if I were in a position to serve, given the requirements of combat, I would gladly serve with him, serve under him and seek him out to serve as a member of my unit.

A few days after Bryan was killed, my daughter-in-law Michelle and I were visited by an officer in Bryan’s chain of command, who offered his condolences and provided what information he could about what happened. During that conversation, he revealed how the team was left on its own for an extended period of time after the attack began, and even longer before kinetic help was available. A vivid memory hit me as I listened: I served under a great Marine during the first gulf war. At one point he turned to me and ordered me to coordinate what I considered an excessive amount of fire support to engage what I assessed to be a minor target. Our intelligence officer confirmed that assessment, and I then expressed that assessment to my commander. His reply was direct and cold, “I believe the enemy is in there. And I will use every goddamn round I have to save the life of one Marine.” I never forgot his words nor did I ever forget the lesson I learned that day: Anticipate a worst-case scenario and provide every available asset to your unit to maximize their chances of success and survival. Remembering all this as the condolence visit continued, I burned inside. After the visit ended, I walked outside with the officer and away from Michelle’s earshot, and asked: “I mean no disrespect when I ask this question, but why the [expletive] was Bryan’s team sent out without support?” 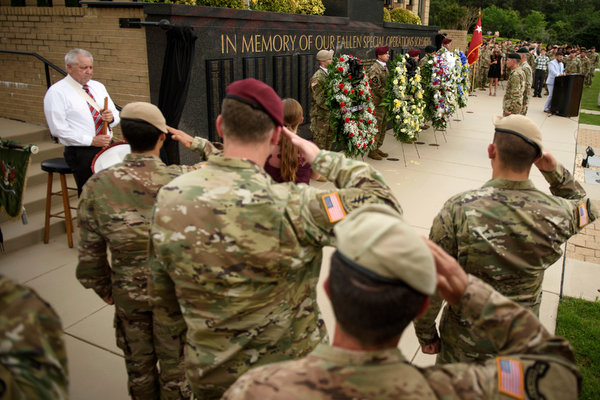 I am reminded of when Michelle, and my wife, Karen, and I received our family brief upon the conclusion of United States Africa Command’s investigation. The briefers walked us through the events and phases. We talked about Captain Perozeni’s pushback against the mission. We were briefed on the early phase when the heliborne force, referred to as Team Arlit, was the main effort and Bryan’s unit, ODA 3212, was the supporting/backup force. We were briefed on the next phase when weather forced Team Arlit to abort and the main effort was shifted to ODA 3212 without a backup force. After hearing these things, I asked the briefers, “Given that the plan had initially designated ODA 3212 as a backup, but then changed it to the main effort without a backup, did the decision makers at the time assess that the risk had been diminished and therefore no backup was necessary?” The answer was yes. I also asked the briefers if the long night move by ODA 3212 had allowed the insurgents who attacked the next day to mobilize with overwhelming numbers and firepower. The answer was “we cannot verify that.” I recall thinking to myself, how was it not obvious then that the team was being put into a high-risk situation when it’s so obvious to me now?

I believe that the support available to ODA 3212 and the intelligence support leading to that day were profoundly inadequate. In particular, I view the failure of intelligence to paint an accurate picture of the threats in ODA 3212’s operating area as the key factor in undercutting the team’s ability to train to meet those threats.