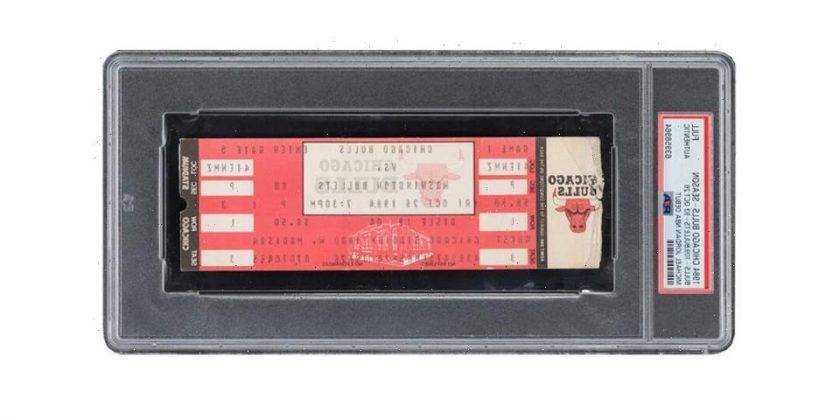 Michael Jordan‘s legacy transcends generations and his iconism was cemented even further during the 75th anniversary NBA celebration at the 2022 All-Star Weekend. Two years ago, Netflix also debuted its two-part documentary series The Last Dance, which saw Jordan at the top of debates on who is truly the greatest of all time. As one of the best basketball players in the world, it comes as no surprise that sports memorabilia with his name attached to them can easily sell for record-shattering numbers.

Now, fans can have another chance of owning a piece of NBA history. Heritage Auctions is selling the only known full ticket from Jordan’s debut basketball game from October 1984. The game saw 21-year-old Michael Jordan make his NBA debut at the Chicago Stadium. On October 26, 1984, the Chicago Bulls played against the Washington Bullets and Jordan scored 16 points, made six rebounds, seven assists and blocked four shots to send the Bulls over in a 106-93 win against Washington.

Seeing that the stadium no longer exists and nor do the Washington Bullets, the complete ticket takes fans back in time to a moment that changed NBA history. PSA notes that only 25 ticket stubs are circulating from Jordan’s debut game. A recent ticket stub from the same game sold for a record-breaking $264,000 USD last December.

Heritage estimates that the ticket will sell for $300,000 USD and above. For more information, check out Heritage Auctions.

In case you missed it, Klay Thompson gives insight as to what may have led to his 2019 Achilles injury.
Source: Read Full Article