Our house often mimicked the sounds of a newsroom: the rustling of the paper over morning coffee; the ringing of phones; the pounding of a heavy black Royal typewriter, each volley of keystrokes followed by a ding and the slap of the carriage return; and then the dictation of that day’s copy.

In a deep, slow, clear voice, my father, George Vecsey, would read his freshly written Sports of the Times column — one of thousands he wrote over some 30 years — to a machine somewhere inside The New York Times Building. Every word, every comma, every quote mark, every proper name spelled out. Everything in its place.

He’d read into the phone, “NEW PARAGRAPH The frustration was on the Rangers’ faces EM-DASH a few of them filled with tears EM-DASH as the players clumped off the ice a few minutes later COMMA and it was in the words of CAPITAL H-e-r-b SPACE CAPITAL B-r-o-o-k-s as he talked about OPEN QUOTES LOWERCASE C closing the gap PERIOD CLOSE QUOTES NEW PARAGRAPH.”

And the next morning, this would appear in The New York Times:

The frustration was on the Rangers’ faces — a few of them filled with tears — as the players clumped off the ice a few minutes later, and it was in the words of Herb Brooks as he talked about “closing the gap.”

For an 11-year-old sitting in the hallway, baseball glove in hand, waiting to play catch, this was pure magic. 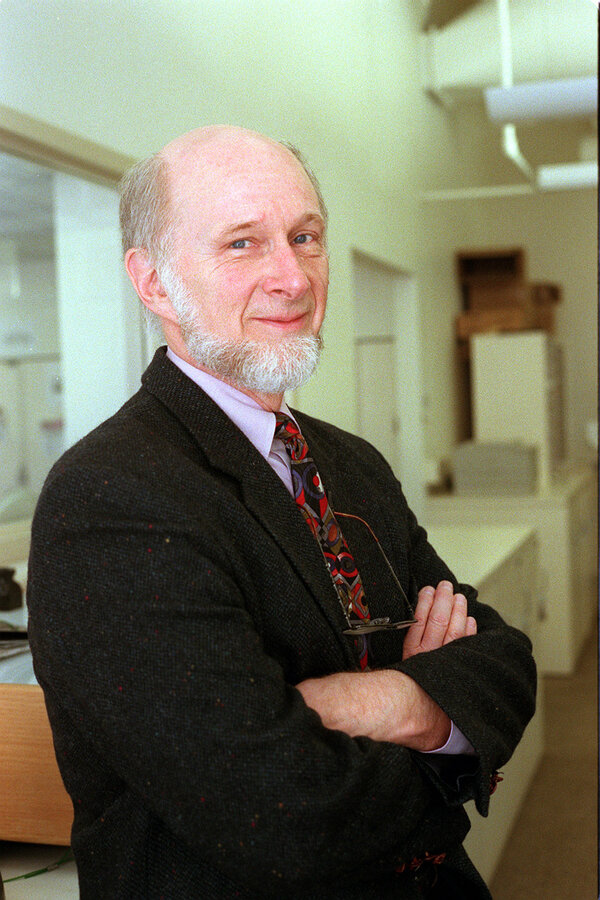 There was my father describing conversations he had had with Herb Brooks, or Mike Bossy, or Chris Evert, or Alexis Argüello … a fantasy world for any kid who grew up on “Wide World of Sports.”

More important, I had simultaneous front-row and backstage views of how a story gets written. It wasn’t just that every word was in its proper place; it was that every idea was in its proper place. It was a private course in journalism from one of the great masters, and those hours listening to his dictation would come to inform my career as a copy editor. Not only do I know how a New York Times story should read, but I also know how it should sound, how the cadence should ebb and flow. Sadly, that experience was lost with the advent of portable computers, when the sound of my father’s voice was replaced by the screech of his Kaypro’s modem.

I spent a lot of time in stadiums as a kid. I’d be there early enough to watch crew members water and line the field, and late enough to watch them sweep popcorn from the aisles. Sometimes I could talk my way into the media room, where I’d fall asleep waiting for my dad to file. We’d drive home in the middle of the night, and over a Wendy’s burger, he’d tell me what he had mined out of Keith Hernandez that night. A few hours later, a “Keith Speaks” column would land with a thud in the driveway.

In the pre-cellphone world of the early ’80s, my dad might have done a few things that today would raise a few red flags, but in truth cultivated a sense of independence. “I’m headed to the ballpark,” he’d say, dropping $20 on the desk in a Chicago hotel room. “Take the Red Line to Addison, your ticket should be at Will Call. Try to find the media room after the game or just hang around outside the gate or just meet me back here.”

People would often tell me how lucky I was. And they were right. But not because I got to “go to all the games.” And not because I’d occasionally get to have lunch with Lucky Pierre Larouche or shoot hoops with Bob Welch.

I was lucky because I had a father who shared his world and his craft, who taught me the same lessons any father, of any profession, should teach his son about navigating life, love, work, play and the human condition, not to mention that backup catchers and boxers are the best quotes.

They gave me 700 words for this essay, but I could write 700 words every day from this Father’s Day to next and still not say all that could, and should, be said. But that’s another lesson learned: They ask for 700, you file 700 (OK, 750) and put the rest in your notebook for later.

David Vecsey is an editor for The Times’s Print Hub.