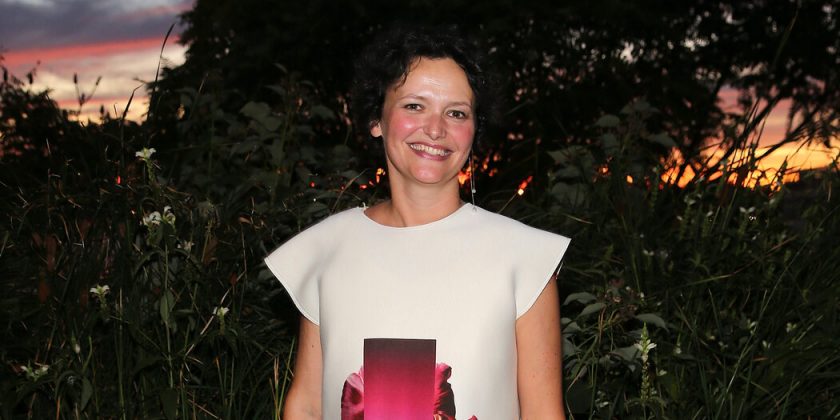 LONDON — “I’ve had a bumpy start,” Cecilia Alemani said with a laugh when asked to describe the pandemic’s impact on her work as the curator of next year’s Venice Biennale.

Alemani, an Italian based in New York City, was named in January 2020 as the artistic leader of the 59th edition of the Biennale, and the event’s curator would typically start traveling the world immediately, looking for work to include in the show.

Instead, said Alemani, “I’ve been basically stuck in my office-slash-closest in the East Village for a year and a half.” The event she is overseeing has already been delayed a year, and rather than getting on planes, she has been on hundreds of Zoom calls with artists, having “emotional and deep conversations, trying to learn what this moment in time was meaning for them.”

On Wednesday, she revealed the first result of her inquiries: the title of the Biennale’s main exhibition, which will run from April 23 to Nov. 27, 2022. It will be called “The Milk of Dreams” — a name taken from a children’s book by Lenora Carrington, the British Surrealist painter. That book is filled with strange stories in which children have wings instead of ears or can eat through walls.

The exhibition, Alemani said, will use the book as a starting point to “envision a world where everybody can change, be transformed, become something or someone else.” It will also explore humanity’s changing relationship’s with technology and nature. 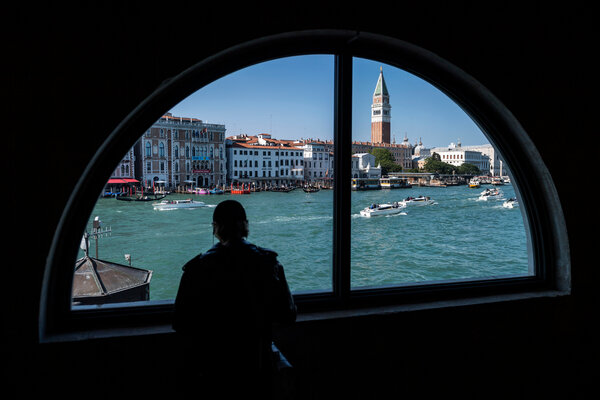 If the inspiration sounds dark, Alemani said the show wouldn’t be. “I want it to be an optimistic exhibition,” she said. “The time we are living in is a moment of crisis and deep trauma, but it’s in moments of crisis that we can hope for a positive transformation.”

Alemani is still working out which artists will feature in the show, which is usually held every two years in the Italian city’s pavilions, palaces and old military buildings. But there will be around 130 artists, working in all forms, from painting to sculpture, video and performance.

In a wide-ranging telephone interview, Alemani spoke about her plans for the event. Below are edited extracts from the conversation.

Did you have the theme before the pandemic hit, or did it only emerge through talking with artists?

The show had a very weird genesis. I was appointed in January 2020, so I had just a month of thinking about it, then the world completely changed.

I’d already been thinking quite a bit about these topics, like how definitions of humanity are changing, how our relationship with technology is changing.

With technology, it’s so interesting: There’s this discrepancy between, on one side, our hope it will improve and protect our bodies and, on the other side, this fear that machines will take over. And that dualism is being really exacerbated right now, with so many of us forced behind a screen for all our human relationships.

Many artists are thinking about that: How can we reconcile these two extremes. and is there a way in between?

Was there any point when you worried the event would be canceled entirely?

I’m an optimist, so I always feel things will turn around. The Biennale was founded in 1895, so it went through two World Wars, other pandemics, incredible natural disasters.

It’s really important to think about the role of an institution like it in these difficult moments. The 1948 exhibition, which was the first after the Second World War, was almost a beacon of hope for artists. So I can see the sort of regenerative power this exhibition could have, especially if we can tell the story of what is coming next, not just what’s happened.

Does that mean you’re commissioning artists rather than just bringing existing works together?

There will be lots of new productions. We’ve had a more time than previous editions, so I am working with a number of artists to bring new projects. Sometimes they will reflect on what happened, but it’s not going to be illustrative of the Covid crisis. So far I don’t have a single mask!

You’ve spoken about a show that will look at humanity’s relationship with nature, which brings up the question of climate change. The Biennale is the art world’s biggest international jamboree, and it encourages thousands to fly in from all over the world.

What I learned in this year and a half that we’ve been staring at screens is that while I can imagine lots of changes — I will never ever again take an airplane to go to Europe to give a talk — nothing is going to replace the actual feeling and experience of being physically in an exhibition.

You have to be in an exhibition space, in front of an artwork, with people, to really appreciate and experience art. And so I don’t think that’s where the slowing down should be.

How will that desire to slow down be seen in your exhibition then?

We’re trying to think about this edition as a seven-month platform: It’s not just this fancy week in May where parties are happening, but a resource for the city, for the art community. The exhibition and its outreach are far from being just an ephemeral event for a few chosen people. That’s going to be a radical change in the way we think of the Biennale.

It’s been postponed once already. Do you ever worry it might happen again?

Was that you knocking on wood?

Yes, that was me touching wood! But fear is not going to help. What can I do about it? I just need to focus and do the best possible show I can ever do.