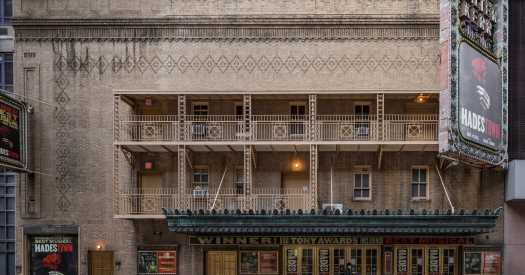 Jujamcyn, which operates five of the 41 Broadway houses, said that when theater returns it will use SeatGeek instead of Ticketmaster. 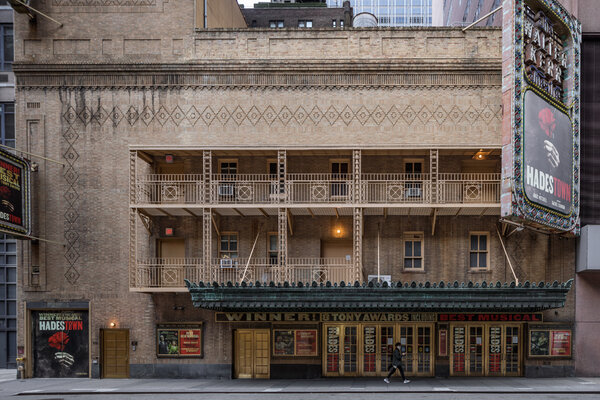 By Michael Paulson and Ben Sisario

As many live performance venues rethink their operations in anticipation of a post-pandemic reopening, one of Broadway’s major theater owners has decided to overhaul its ticketing practices.

Jujamcyn Theaters, home to the musicals “Hadestown,” “Moulin Rouge!” and “The Book of Mormon,” said Friday that it had reached an agreement with SeatGeek, a disruptive newcomer to the marketplace, to handle of all its ticketing. It had been using Ticketmaster, the dominant platform for concerts and other live events.

The agreement is SeatGeek’s first on Broadway; the company, which is based in New York, works primarily in the sports industry in the United States, but also has theater clients in London’s West End.

“We’re always scanning the landscape for what is new and what is possible, but the shutdown really changed what we were looking for,” said Jordan Roth, the president of Jujamcyn, which operates five of the 41 Broadway theaters. “There are capabilities that SeatGeek has built that speak directly to the now, and also, I think, to the future.”

Roth would not describe the financial details of the arrangement, but said he had been impressed by the company’s technological flexibility, as well as its use of historical and comparative pricing to help customers assess ticket value. He said that beyond selling tickets, its technology could be used to allow customers to order food and drink, arrange transportation, purchase merchandise and get other information. SeatGeek will also allow tickets for Jujamcyn shows to be resold through its platform.

The deal is a coup for SeatGeek, which began in 2009 as an aggregator of listings on the secondary ticketing market but has become a significant competitor to Ticketmaster in selling tickets directly on behalf of theaters and sports teams. SeatGeek sells tickets for the Dallas Cowboys, the Cleveland Cavaliers and a number of Major League Soccer teams.

Danielle du Toit, the president of SeatGeek Enterprise, the company’s primary sales platform, said the Jujamcyn deal would showcase innovations like allowing patrons to order a glass of Champagne to be delivered to their seat at intermission.

The shutdown of live events during the pandemic has dealt a blow to all venues and ticketing companies. But behind the scenes, it has also sped up some changes that had been bubbling through the business for years, like contactless concessions sales and the transition to mobile, paperless ticketing. Roth said Jujamcyn had not yet determined whether paper tickets would still be used post-pandemic.

Some venues and sports teams have also used the pause to rethink their ticketing alliances; in November, for example, two Houston soccer teams, the Dynamo FC and its affiliated women’s club, the Dash, signed with SeatGeek.

When events return, many venues and ticket sellers say they expect extensive safety protocols that may even be embedded into the ticketing process. Late last year, Ticketmaster said it was considering implementing plans like confirming a patron’s vaccination status through a third-party smartphone app. A Ticketmaster spokeswoman said this week that the company was still awaiting federal and state guidance about reopening; Ticketmaster said on Friday it had no comment about losing Jujamcyn as a client.

Du Toit said that the slowdown of events gave SeatGeek the opportunity to develop the kinds of features that are part of its Jujamcyn deal.

“We’ve used this downtime to dig deeper into our technology,” she said.

“The Book of Mormon,” “Hadestown” and “Moulin Rouge!” were all selling strongly before the pandemic and plan to return once theaters can reopen. Two other musicals housed in Jujamcyn theaters, “Frozen” and “Mean Girls,” have announced that they will not resume performances post-pandemic, so the company has two vacant houses to fill.

SeatGeek becomes the third major ticketing services provider on Broadway; many theaters use Telecharge, which is owned by Broadway’s biggest landlord, the Shubert Organization; Jujamcyn had used Telecharge until switching to Ticketmaster in 2016. Ticketmaster continues to work with the Nederlander Organization, another major Broadway landlord. Of course, many consumers purchase tickets not through the primary ticket sellers, which handle direct sales online and at the box office, but also through brokers, resellers, or intermediaries like TKTS and TodayTix.

The average Broadway ticket cost $121 last season. It remains unclear whether prices will change when Broadway reopens, although many producers expect less premium pricing (those are the highest-priced tickets for the hottest shows; for example, before the pandemic “Hamilton” was regularly selling many of its seats at premium prices of $847 each), at least in the short-term, as the industry seeks to rebuild.