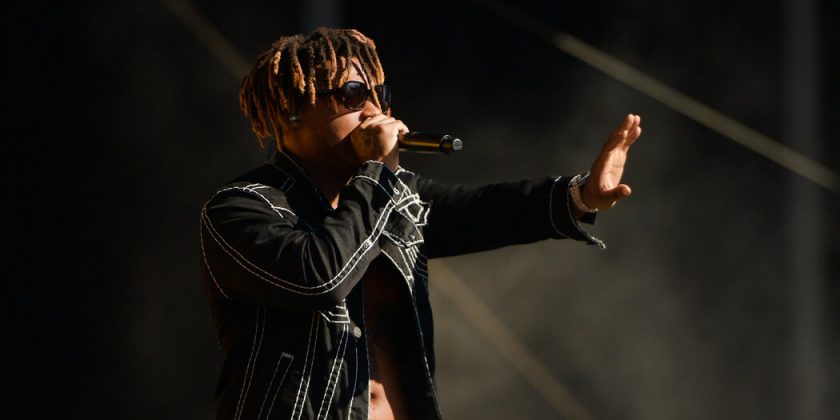 Every Friday, pop critics for The New York Times weigh in on the week’s most notable new songs and videos. Just want the music? Listen to the Playlist on Spotify here (or find our profile: nytimes). Like what you hear? Let us know at [email protected] and sign up for our Louder newsletter, a once-a-week blast of our pop music coverage.

Next week marks one year since the death of Juice WRLD, one of SoundCloud rap’s most promising luminaries. In honor of what would have been the Chicago star’s 22nd birthday, the producer Benny Blanco released “Real ___,” a previously unheard collaboration. Juice’s music often luxuriates in gloom, but this track finds him at his most ecstatic: “Life’s good so I’m living great,” he proclaims, singing the earnest praises of vacations, healthy eating and leg day. But that unbridled joy makes the song even more poignant than his more straightforwardly sad material; he sounds so teeming with life he wouldn’t get a chance to live. LINDSAY ZOLADZ

Rosalía lends her electrifying presence to yet another sure-thing collaboration: a year-later remix of the Weeknd’s a-ha-meets-Michael Jackson blockbuster, “Blinding Lights.” By taking the first verse, in Spanish, she turns it into a lovers’ duet, far more tense and romantic than the original. And it’s the Weeknd’s best revenge for being snubbed by the Grammys. But where is Rosalía’s next album? JON PARELES

With this theatrical pop-punk collaboration, Demi Lovato inches ever closer to the dreams of her teenage years, when she sang throaty Disney teen-pop and harbored a fascination with heavy metal. JON CARAMANICA

“I’m tired of dumb boy talk,” Lili Trifilio sings, pulling no punches on “Good Girls (Don’t Get Used),” the bouncy new single from Chicago indie-poppers Beach Bunny. Trifilio’s lyrics are incisive, delivering a pent-up torrent of hard truths to the noncommittal guy who’s been sending her mixed signals: “Stop saying ‘it’s my bad,’ you’re acting like your deadbeat dad.” But the song, which will appear on the band’s upcoming “Blame Game” EP, is grounded in her triumphant sense of self, shaking off the insecurities she so endearingly confessed on Beach Bunny’s breakout song “Prom Queen.” “You’re not a ghost,” Trifilio shouts this time with hard-won confidence, “I’m not afraid of you!” ZOLADZ

“If” is technically the debut single from Toyko’s Nana Yamato — though she used to release dreamy, homespun bedroom-pop tunes under the admittedly harder-to-Google name ANNA. The song is a promising preview of her debut album “Before Sunrise,” which will be out in February on Andrew Savage of Parquet Courts’ label Dull Tools. Both catchy and a little kitschy, “If” is propelled forward by a jangly electric guitar and sing-songy hook (“If you know what I really need…”) but occasionally disrupted by charming, doodled tangents like random laser noises and an unexpected trumpet solo. ZOLADZ

24kGoldn’s deceptively tense “Mood” recently strummed its way to the top of the Billboard Hot 100. How does a relatively untested artist follow such a success? Well, yes, with a star-studded remix (with Justin Bieber and J Balvin, though that proved ineffectual). But really, the answer is a sideways sequel, a psst-psst part two, a new song that one could be forgiven for thinking was simply the outro to the old one. Hence, “Coco,” which is built on similarly parched guitar, and which builds on the same skepticism as “Mood.” There’s a perfunctory verse from DaBaby, but he doesn’t derail 24kGoldn’s commitment to complaint. Whining got him this far — why stop? CARAMANICA

Drake is an (emotionally) anxious rapper, his mentor Lil Wayne is an (energetically) anxious rapper. So it’s refreshing to hear them opt for a winning calmness on this collaboration, over neo-soul production that sounds like it could have been an interlude from one of the “Lyricist Lounge” compilations. Drake ambiently muses on the usual stressors — “I may not be good for her but I’m real to her/Got no time for her but give Richard Mille to her.” But it’s Lil Wayne who’s truly Zen, afloat in a vortex of internal rhyme and syllabic cha-cha. CARAMANICA

Sophie Fustec’s mother is Venezuelan and her father is French; she was born in Paris. But as La Chica she writes lyrics in Spanish with bits of English. “La Loba” suggests a collaboration of Fiona Apple, Rosalía and Radiohead; La Chica sings, raps and screams about a legendary Mexican wolf-woman and sorceress, with an English refrain: “I pick up the bones.” A menacing piano riff paces the track, taking on chords, flamenco handclaps and vocal harmonies. The music turns strangely dulcet at the end, as if the carnage suddenly subsided. PARELES

Britney Spears, ‘Swimming in the Stars’

Released on Britney Spears’s 39th birthday, “Swimming in the Stars” is an outtake from “Glory,” her 2016 album that will be rereleased with additional tracks. Written by Matthew Koma, Dan Book and Alexsei Misoul, it’s a gleaming, booming, step-by-step E.D.M.-pop buildup, a pulsing crescendo that opens a vast, echoey synthetic expanse as Spears promises “We’ll glow and shimmer in the diamond lights.” With big-room dance floors closed and empty, it feels like a relic from some distant pop universe. PARELES

Jenny Lewis recaptures a narcotic late-1960s Velvet Underground flavor — three chords sustained with drones, sitar and latter-day synthesizers — in “Unblu,” her collaboration with the Chicago rapper Serengeti. She and he share the question, “How long will I wait for you to become un-blue?”; it’s not answered. PARELES

The chord progression and measured pace come from vintage soul, along with the gospelly call-and-response ending and the organ obbligato. But many of the sonic trappings are from the digital era: electronic vocal tweaks, backup voices peeking in and winking out, eerie spatial effects, strings that might well be simulated. Yet an old spirit and message persist: persevere through tribulations. PARELES

When Sonny Rollins visited Vara Studio in Hilversum, Holland, in 1967, he was about to embark on a six-year hiatus from recording. As he did at various points in his career, Rollins took a step away from public performances largely to engage in a period of study, this time focused on spiritual practices at an ashram in India. But just ahead of that new chapter, Rollins showed no signs of fatigue on the set of recordings he made in Holland, which are being released for the first time via Resonance Records. Playing in a stripped-down trio with the bassist Ruud Jacobs and the drummer Han Bennink, the saxophone colossus blazes through Miles Davis’s “Tune Up,” swerving with utter control while Bennink, who’s best known as a free jazz drummer, swings along mightily. GIOVANNI RUSSONELLO

As far as quarantine predicaments, it could get a lot worse than this: You and your spouse play the bass and the harp, and you’re free to pick up your instruments and pick out a tune together in any downtime. That’s what life has been like for the harpist Brandee Younger and the bassist Dezron Douglas, who decided in the spring that their quarantine idyll was worth sharing, and began performing regular live-streamed concerts. Some performances from those shows are now being released as an album, titled “Force Majeure” in a cheeky reference to the contractual clause that’s cited when something catastrophic — a pandemic, say — prevents a contracted gig from taking place. Covering Alice Coltrane’s “Gospel Trane,” sharing the melody with ease, Younger and Douglas don’t sound like they’re lamenting the time spent alone together. RUSSONELLO