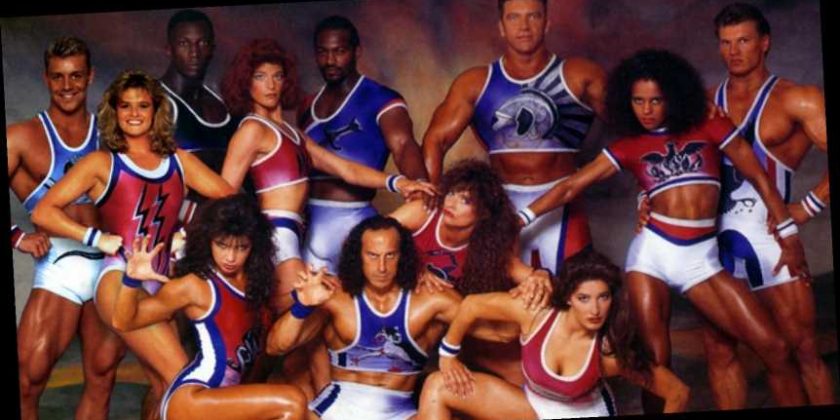 Former Gladiators star and 90s icon, Diana Youdale (better known as Jet), has discussed what it was like to draw so much attention to her body on the show after growing up with an eating disorder.

Millennials were lucky enough to grow up watching some pretty iconic weekend TV shows. Blind Date, Noel’s House Party and The Crystal Maze were just a handful of titles that families across the UK tuned into. And one show that comes to everybody’s mind when talking about nostalgic television is Gladiators.

Running on ITV between 1992 and 2000, the Saturday night show saw contenders compete in a series of physical events against resident “gladiators” who quickly became celebrities. These beloved Lycra-clad stars included alter egos such as Nightshade, Wolf, Cobra, Panther and Jet.

Fans will be interested to know that, with the show’s 30th anniversary coming up next year, there’s been talk about a reunion special being recorded. Diana Youdale – who was best known as Jet – hinted at it in a recent podcast.

But during the same interview, Youdale also revealed a difficult story that viewers perhaps didn’t know at the time – the difficult relationship she had with her body,

Speaking on the Celebrity Catch Up: Life After That Thing I Did podcast, former gymnast Youdale said she had been struggling with her own reflection after being bulimic from age 14 to 19: “I remember looking in the mirror and really being very tortuous about my own body image.”

Asked how she coped with becoming a “sex symbol” in her success as Jet, Youdale replied: “As a gymnast, I’d grown to the height of a senior by 13. I started developing and I wanted to remain ‘boy-looking’ as long as possible because my career as a gymnast was at risk.

“But for me at the time, turning into a woman with boobies and bottom. And then somebody behind me on a tumble run one day said, ‘Oh Di, you’re getting a beautiful figure’ – I could have died…

“From 14 to 19 I really wrestled with what become known visibly as Jet: very feminised, very glamorous.”

Youdale continued to explain that becoming Jet actually helped her reframe how she saw herself and to feel “OK” about her changing body: “That really helped me go, ‘Well actually having a bit more booby and botty, and it not wobbling around too much –it’s alright to have lumps and bumps in all the right places. I’m being Jet because of who I am.’”

She added: “In the 90s, we’d come out of the 80s ‘heroin chic’… [where] having a skeletal frame had become very normalised in fashion and in the mainstream. Women [thought] ‘Gosh you’ve got to not have a figure to be beautiful’.

“Well I thought, ‘To hell with it. Here we are: functional athletes with lumps and bumps and lots of fantastic, natural muscle…’”

After quitting Gladiators following an injury from a nasty fall, Youdale became a qualified psychotherapist, which has helped frame her outlook on life now: “I’m very much [of the opinion] you can’t change what’s outside of you, but you can very much start to change how you look at the world from inside. I love the body I’ve been given.”

You can listen to the full interview on the Celebrity Catch Up: Life After That Thing I Did podcast.