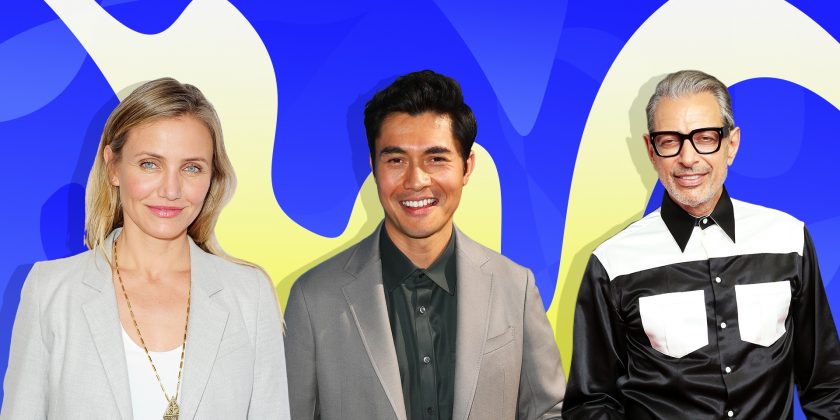 When an actor’s career gets hot, it often feels like we start seeing them on every TV show, movie and award show red carpet. If the actor’s professional life cools off, it’s hard for fans to say goodbye to their constant presence.

We might also forget that some actors choose to step away from the limelight, which makes us miss them more. Cameron Diaz comes to mind — the star seems to be enjoying a life away from the cameras these days. Diaz commented that she was “retired” in an interview with Entertainment Weekly back in March, and she doesn’t appear to have any projects lined up in the future. That doesn’t mean we wouldn’t want to see her star power shine on screen again.

Whether it’s an actor whose career is well established or an artist who’s on the rise, there are at least nine names we want to see soon. Let’s hope the world gets to see more of them in 2019.

I was so honored to spend time at the Motion Picture and Television Fund, with Ruthie Tompson, who turns 106 next month; she was hired by Walt Disney himself and is a relentless @Dodgers fan and an active member of the @mptf community. Thank you Bob Beitcher and Dr. Scott Kaiser for hosting such an enriching event to help us all #livewell and #agewell. (Check out the link in the bio for more on what they do) #thelongevitybook ?????????????

Diaz was last seen on the big screen in 2014’s Annie, and she rolled out Sex Tape and The Other Woman in the same year. In 2015, Diaz married musician Benji Madden and decided to take a step back from her Hollywood career and focus on her personal life.

Since then, Diaz has stayed out of the spotlight except to promote her second book, The Longevity Book: The Science of Aging, the Biology of Strength and the Privilege of Time. Diaz hasn’t even been on her Instagram account since 2016 — and we miss her.

Perhaps the right project will entice her to step in front of the camera again: a streaming TV show, a documentary narration or a great blockbuster script. For now, we’ll be over here enjoying My Best Friend’s Wedding on repeat.

As we come so close to @crazyrichasians opening up in China, I keep reflecting on how far we all have come in the past year and a half… The entire team really did bring there A game in pushing out this magical film that keeps on giving. These photos were taken the last time I was in LA where @paradigmtalentagency and @meganrsilverman my manager threw a special screening, thankyou for hosting us @hennessyUS! the queen Lisa Lu was able to join us too ❤️❤️

It’s hard to believe that most of the United States had no idea who Henry Golding was until March 2017, when he was announced as the star of Crazy Rich Asians, acting opposite Constance Wu. At the time, he was known to BBC audiences as the host of The Travel Show.

Following the success of Crazy Rich Asians and his role in A Simple Favor in 2018, we are ready to see Golding in anything we can. His charm, good looks and effortless allure on the big screen make him one to watch in 2019.

The good news is that Golding has several projects slated for the upcoming year, including Monsoon and Paul Feig’s holiday romance Last Christmas, also starring Emilia Clarke and Emma Thompson.

We are ready for an Amanda Bynes return, and it looks like Bynes is ready to take Hollywood by storm yet again.

Bynes’ refreshing take on her well-documented issues over the past few years were part of a recent feature in Paper magazine.

“I’m really ashamed and embarrassed with the things I said [on Twitter],” Bynes told Paper. “I can’t turn back time, but if I could, I would. And I’m so sorry to whoever I hurt and whoever I lied about because it truly eats away at me. It makes me feel so horrible and sick to my stomach and sad. Everything I worked my whole life to achieve, I kind of ruined it all through Twitter. It’s definitely not Twitter’s fault — it’s my own fault.”

Here is me, fully appreciative of the sunshine in London. Just finished @mixmag @mixmaglab tonight, the people were welcoming and the vibes, officially noiiiice. Big up Sabbi for capturing the moment. ❤️

2018 was a big year for Idris Elba. The actor was even named People’s Sexiest Man Alive. Hey, we already knew that, but we’re thrilled the world is catching up. Elba is continuing with his BBC limited series Luther in 2019, but he’s also showing off his theatrical skills. He’s set to star in the film version of the beloved musical Cats. We can’t wait to see Elba in a new light and as a feline villain.

The return of Goldie Hawn to the big and small screens over the last year has been everything we’ve been looking for. She reminded us just how hilarious she is when she starred in Snatched with Amy Schumer in 2017, and we got to see her fabulous cameo in Netflix’s The Christmas Chronicles as Mrs. Claus opposite her real-life love, Kurt Russell, as Santa.

Hawn seems to be happy doing projects that work for her. If Hollywood can throw her a project or two in 2019, longtime fans would be ever so grateful.

Where has Jason Segel been lately? For a while, he seemed to be everywhere. He portrayed the wise-guy sidekick in Knocked Up, the lovelorn lead in Forgetting Sarah Marshall and The Muppets’ main human in his 2011 reboot. The actor is still around, but he’s taken a different path.

Segel has been working with his writing partner, Kristen Miller, on a series of books rooted in science fiction. His love of writing doesn’t mean he’s done with acting. In fact, he will be back on the map in 2019 with a new AMC anthology series called Dispatches From Elsewhere. Segel is set to produce, star in, write and direct the series. It begins filming in 2019, so get ready to reunite with him soon.

Maya Rudolph is one of those comedic talents we can’t get enough of, and sometimes it feels like she’s underutilized in Hollywood. Selfishly, we would love to see her more.

Her subtle humor in Bridesmaids, her dramatic turn in The Way, Way Back and her musical turn as a lounge singer in A Very Murray Christmas is every reason to want her to do her funny thing as much as possible. Her next big comedy, Wine Country, with Amy Poehler and Jason Schwartzman, currently does not have a release date.

Don’t ever call it a comeback, because Jennifer Love Hewitt made a conscious choice to back out of the limelight for a few years while her children were young. When she felt ready to go back to work on-set, she did.

“I needed to have new things to bring back to my craft. I feel like I’ve done that now… They’re these full-functioning, beautiful people now, and it’s great,” she explained to People.

Hewitt joined Season 2 of Fox’s 9-1-1 and brought series-high ratings to the show. Since TV audiences love her, we think she would be the perfect start to headline a Hallmark Christmas movie in 2019.

Our new record is out today – true or false? @deccarecords #mildredsnitzerorchestra ????????????✨

Every time Jeff Goldblum pops up on the screen, we are instantly reminded how much we love his quirky personality. His return to Jurassic Park: Fallen Kingdom was a great example of what he brings to the entertainment table. He’s also a musician and a tap dancer. Why isn’t Hollywood taking advantage of his triple-threat status?

With the networks doing live musicals and the studios doing film adaptations of Broadway musicals, Goldblum should probably be one of the first names that come to mind. Hear that, every casting director out there? We’re suggesting Goldblum as a suggestion for your 2019 roster.