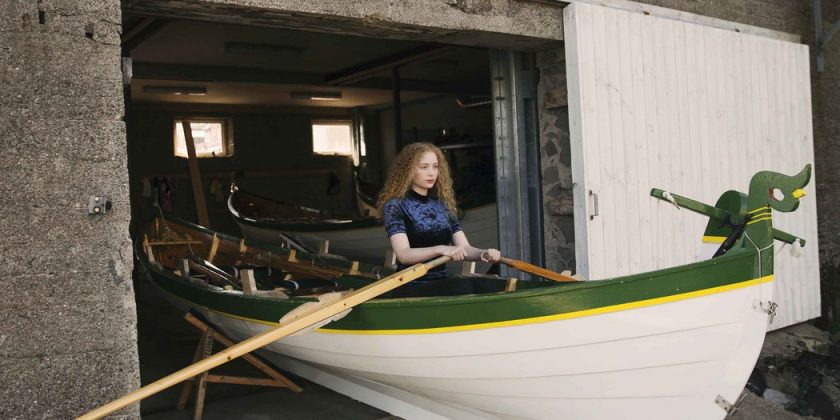 PARIS — Is it possible to create meaningful photographs in a world awash with images? Or should photographers instead work with the flood of images already out there? Could photographs from the past help us understand who we are today? Does photography necessarily require a camera?

Those were some of the questions posed by the displays of 166 galleries exhibiting at Paris Photo, held again this year at the Grand Palais, the 19th-century iron-and-glass masterpiece by the Seine River, running through Nov. 11.

The international fair showcases works spanning the history of photography.

While many of the artists on show seemed happy with photography’s traditional flat prints, others departed to find new forms of expression, incorporating techniques such as weaving, cutting, painting and sculpture.

Here are edited extracts in which some of the artists explained their work. 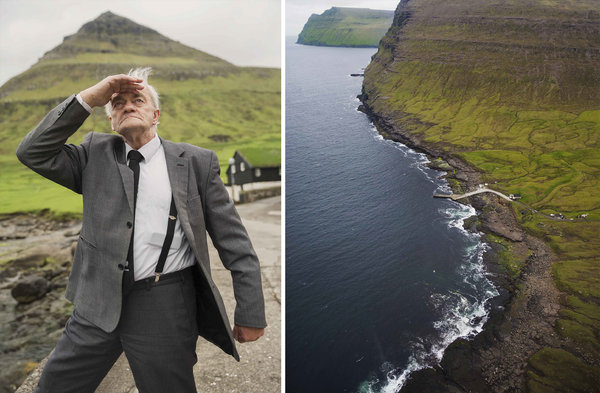 “These are portraits of inhabitants of the Faroe Islands. As a nondocumentary photographer, I was slightly terrified to leave my studio, but the landscapes were so photogenic that it didn’t matter that I had no control over the backdrop.

“I set up the subjects in absurd situations, letting them choose objects from their daily life to pose with. They were incredibly welcoming and participative.

“Absurdity and surrealism have always been part of my work. And humor enables you to address serious or sad matters in a lighter way.

“The Faroes are a self-ruling Danish archipelago in the North Atlantic, but everyone I met had a map of the world at home. And a trampoline, although I never saw anyone jumping. I called the series ‘They Love Trampoline.’ ”

“While studying cinema at the Sorbonne, I became fascinated with editing. I used to edit videos I shot from moving trains, then turned to photography collage, using anonymous family photographs found in flea markets.

“I look for intimate moments of daily life. For this series, I used images from a collection of vernacular photographs belonging to Sébastien Lifshitz, who is interested in gender issues.

“As a gay man hearing stories from an older generation of gay men, I wanted to understand what it is like to live with the threat of AIDS on a daily basis. I shot this series in Swaziland, where a third of the population is H.I.V.-positive and homosexuality is illegal.

“These are portraits of gay men I met there. Each of them chose a piece of fabric to wear as an exuberant head wrap. This was about making the male form into a feminine being.

“I learned to weave in Swazi factories. Back in my Catskills studio, I wove that fabric through their printed faces, bringing their DNA, their sweat, their hair, into the portraits. Metaphorically, they are shrouded, peering from behind the bars imposed by their culture and government.

“Weaving is a methodical process, very meditative. Each of these pieces takes from 20 to 60 hours to produce and is unique.

“These people have very little choice. As an artist, I wanted to do something to give them a voice.”

“This work is about the essence of photography. I used to shoot traditional photos, then three or four years ago, I hit a wall. There are so many images out there, we no longer see them, or know which are good or bad. I considered giving up photography, then asked myself: What, in fact, is photography?

“Now I work without a camera, just with light and essential photographic tools. For this series, I played with filters, using glossy chromogenic paper.

“To me, the length of an exposure is magical. It is all about time, and the images are actually in movement because if I expose the paper to light just five seconds longer, the crimson red will turn to dark burgundy.

“I am not nostalgic for analog, I shoot digital images like everyone else, but they are two entirely separate mediums. These images are not photographs, they are created in my lab with no representation of reality. I feel like I am inside my camera.”

“I am originally a sculptor and a performer, and I believe that photography can also be about movement and experience in space and in time.

“I wonder about the place of photography in contemporary societies: Does it still have any impact? We are exposed to so many images today, and they are so infinitely replicable, that they seemed to have turned abstract and transient. Even images of conflict feel — it’s horrible to say — like decorative wallpaper.

“I browsed the internet for anonymous pictures of war, printed them on Japanese mulberry-based paper, dipped them in water and sculpted them by hand. I wanted to reach deep inside to bring their meaning back to the surface.

“Our world has become so virtual and smooth that there is something profoundly reassuring in physically engaging with things — they become palpable and real again.”

“I juggle two sets of memories: those of Morocco, my birthplace, formerly under French control; and those of France, where I grew up and went to school. I used to feel there was a civil war inside me because neither country has properly addressed the issue of decolonization.

“My work is about healing memories. To do this, it is necessary to address facts of the past and accept them as part of our history. Only then can we make peace with our identities and move forward.

“In this work, I have used colonial-era postcards showing young Moroccan prostitutes in Bouzbir, a French military district in Casablanca. These women’s bodies were the obscene battleground of French domination. On the pictures, I have digitally overlaid a grid of tiny images of female genitals and uteruses.

“Today, I feel my French and my Moroccan heritages are at peace within me.”

Fatima Mazmouz is represented by Galerie 127.

“Today, beauty and perfection do not suffice because anyone can make a beautiful photograph with a good cellphone. I try and walk a fine line between a purely aesthetic image and one that is self-reflexive.

“I was raised in New York by French parents. My whole idea of American culture was fabricated by literature, art and film. So when I came out to California, it felt like a visual superbloom. I drove along the coast and the central valley where John Steinbeck lived, and couldn’t escape finding these landscapes as if they were part of a memory we all share.

“The house on the hill reminded me of an Andrew Wyeth painting. But the oversized trailer parked outside breaks the romance somewhat: The American dream has turned commercialized roadshow.

“I see the history of photography as an orchard with many types of trees and fruit. I am just picking fruit.”

“I have a collection of over 500,000 photographs of China spanning the entire 20th century. Those hundred years were probably the country’s most tumultuous. I am interested in what they show: that a political climate can actually mentally and spiritually change people.

“These 1970s photographs are typical of the Mao era: tense and stiff. I tried to bring them a lightness that wasn’t allowed in those days.

“I live in Beijing. It can be politically sensitive to work with archival photographs in China, and I’ve had work censored twice. In some respects, nothing has changed from earlier periods.”