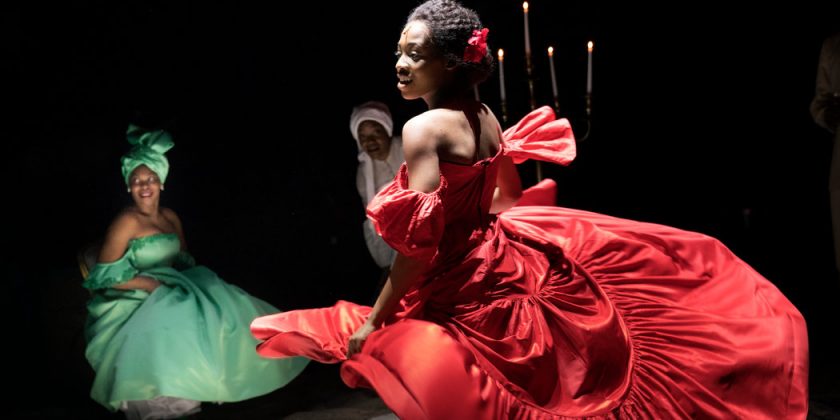 Our guide to plays and musicals coming to New York stages and a few last-chance picks of shows that are about to close. Our reviews of open shows are at nytimes.com/reviews/theater.

‘MAESTRO’ at the Duke on 42nd Street (previews start on Jan. 3; opens on Jan. 14). Raise a baton to the Ensemble for the Romantic Century’s tribute to Arturo Toscanini. John Noble (“The Lord of the Rings,” “The Substance of Fire”) stars in Eve Wolf’s drama, which focuses on Toscanini’s antifascist activities and is scored to music by his contemporaries. Will it be, like Toscanini, pitch perfect?
646-223-3010, dukeon42.org

UNDER THE RADAR at various locations (performances start on Jan. 3). Myths, monsters, punk rock and Anton Chekhov collide at this hallowed festival of performance and experiment. American favorites like Manual Cinema, Rude Mechs and New Saloon join international artists from Nigeria, Argentina and Norway. Highlights include Lola Arias’s exploration of the Falkland Islands conflict, “Minefield,” and Tania El Khoury’s “As Far as My Fingertips Take Me,” an encounter with a refugee.
212-967-7555, undertheradarfestival.com

‘ALL IS CALM: THE CHRISTMAS TRUCE OF 1914’ at the Sheen Center (closes on Dec. 30). Do you hear what I hear? Theater Latté Da’s documentary musical, about the Christmas carols that emanated from World War I trenches, is finishing its song. The depiction of the war itself is somewhat sanitized, but the 10 men are in excellent voice, and when they come together, the sensation is tremendous and the musical chill effect engulfing.
866-811-4111, sheencenter.org

‘THE HARD PROBLEM’ at the Mitzi E. Newhouse Theater at Lincoln Center Theater (closes on Jan. 6). Tom Stoppard’s play, a drama of conscience, consciousness and coincidence, reaches its conclusion. Ben Brantley wrote that even though this production, directed by Jack O’Brien and starring Adelaide Clemens, is as cerebral as anything Stoppard has produced, it “often feels like the work of a precocious young neophyte rather than an old master” and “has yet to solve itself.”
212-239-6200, lct.org

‘HEAD OVER HEELS’ at the Hudson Theater (closes on Jan. 6). This Go-Gos jukebox musical has the beat, but not for much longer. Inspired by Sir Philip Sidney’s Renaissance lyric poem “The Arcadia,” the show, directed by Michael Mayer, is awash in cross-dressing and mistaken identity. Despite its wild premise, Ben Brantley wrote that the musical “mutters deferentially when what you want is a rebel yell.”
855-801-5876, thehudsonbroadway.com

‘ONCE ON THIS ISLAND’ at Circle in the Square Theater (closes on Jan. 6). A story of poignant self-sacrifice and occasional goats, Michael Arden’s revival of Lynn Ahrens and Stephen Flaherty’s musical, set in the French Antilles, floats away. Jesse Green called it “ravishing,” adding that Arden’s “staging serves his top-to-bottom terrific cast of black and Hispanic and Asian actors beautifully.”
212-239-6200, onceonthisisland.com

‘TORCH SONG’ at Second Stage at the Hayes Theater (closes on Jan. 6). The Broadway revival of Harvey Fierstein’s play, directed by Moisés Kaufman, douses its flame. Ben Brantley had particular praise for Mercedes Ruehl’s “expertly coiled performance” and for the show’s star, Michael Urie, who gives, he wrote, “a seriously entertaining interpretation of living large as a proactive defense against feeling small.”
212-239-6200, torchsongbroadway.com